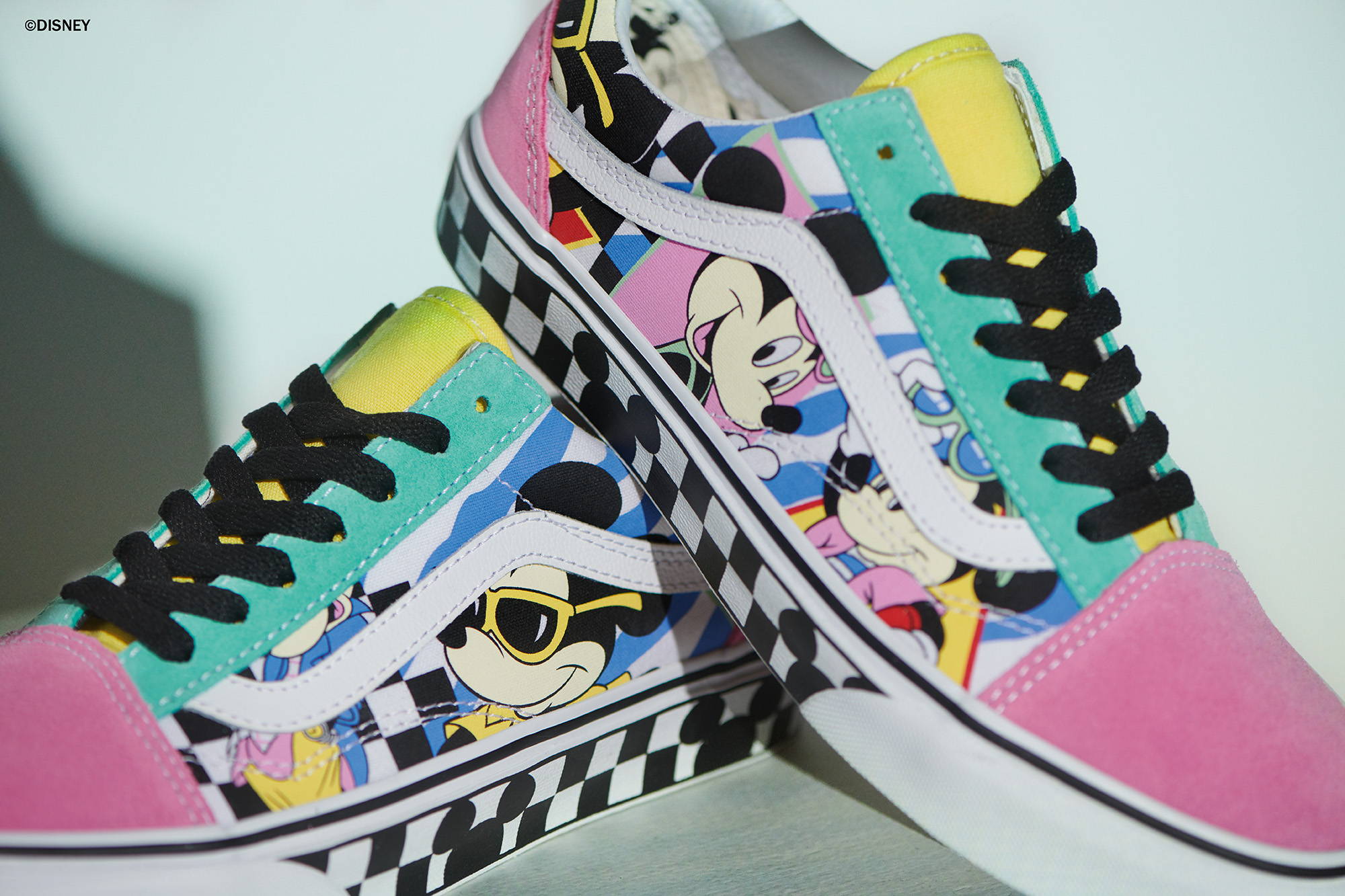 Vans comes together with Disney to deliver a collection celebrating the true original, Mickey Mouse. To commemorate the 90th anniversary of Disney’s beloved character, Vans designers bring decades of iconic Mickey Mouse imagery to an extended offering of footwear, apparel and accessories available October 5. The collection is founded on 11 designs that capture Mickey Mouse’s spirit and evolution spanning from his introduction in the late 1920’s to present day.

To commemorate Mickey Mouse’s film debut in 1928, the Sk8-Hi has been remastered to showcase iconic scenes from the black and white silent film, Plane Crazy. Each quarter panel features a film scene that is captured under a patent material and is finished with a 3-D emblem on the heels.

Disney fans can channel their inner Mouseketeer in an Old Skool model that is dedicated to the Mickey Mouse Club. Utilizing suede and cotton canvas materials, the Old Skool silhouette features a red Sidestripe and club logo sewn on the tongue. The Mickey Mouse Club themed Old Skool is finished with custom chain stitched embroidery on the back of each heel.

Vans designers channel the 1980’s in a special model of the Old Skool, which combines multi-color uppers in pink, yellow and green. The design is topped off with a classically cool Mickey Mouse print and the Vans’ iconic Checkerboard pattern. Both men and women will receive nostalgic ‘80s-inspired apparel and accessories options including hoodies, jackets, backpacks and accessories. 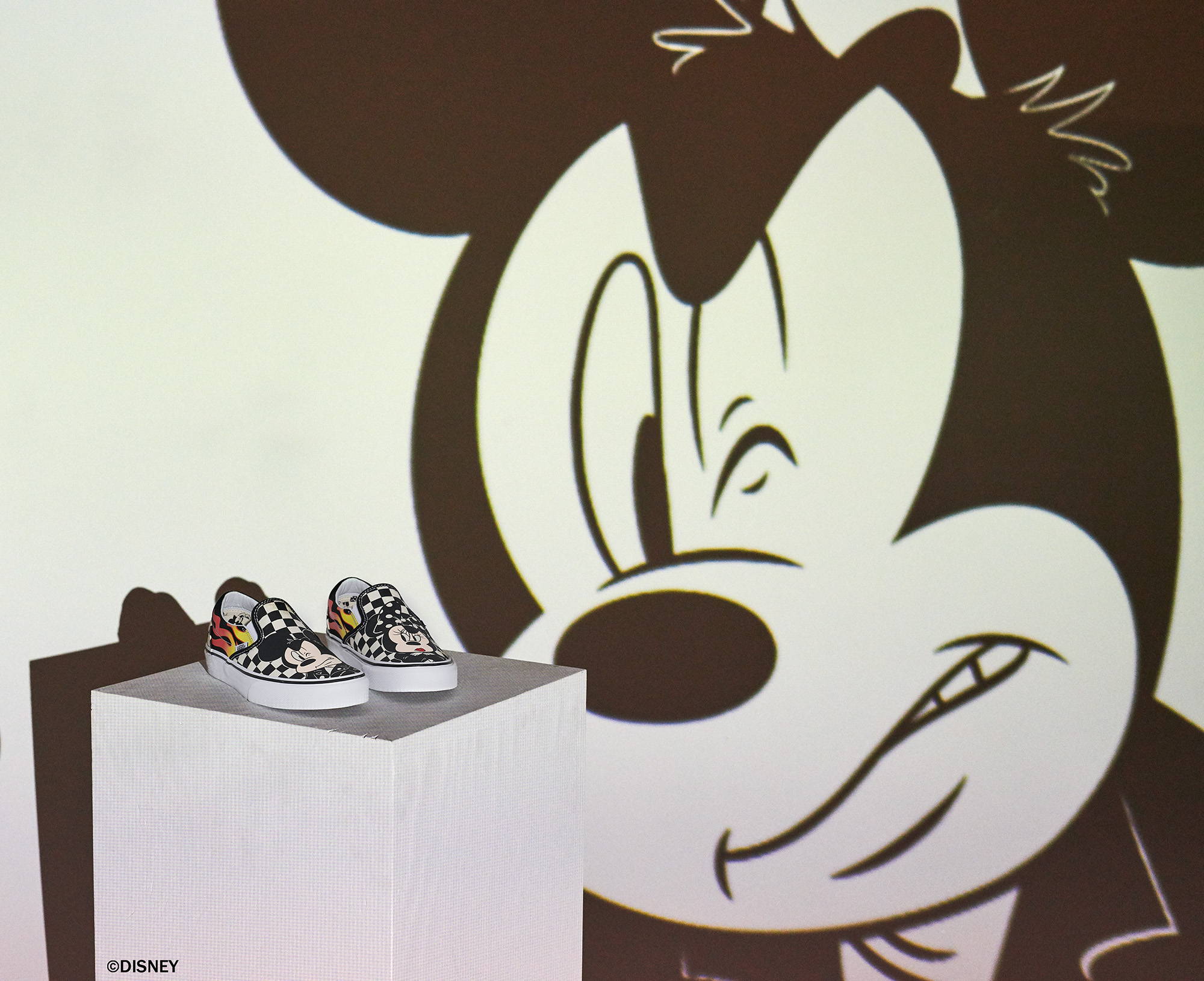 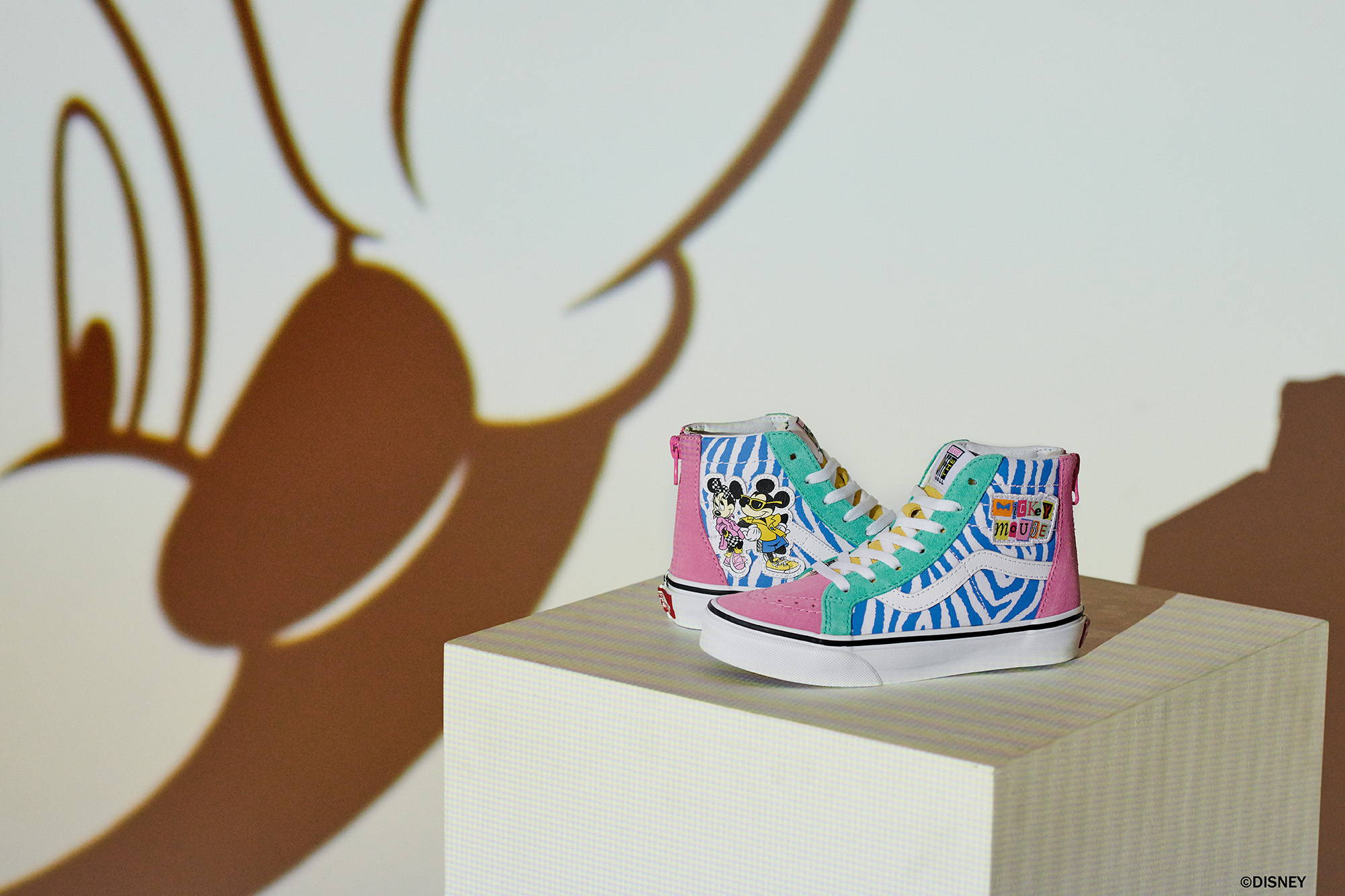 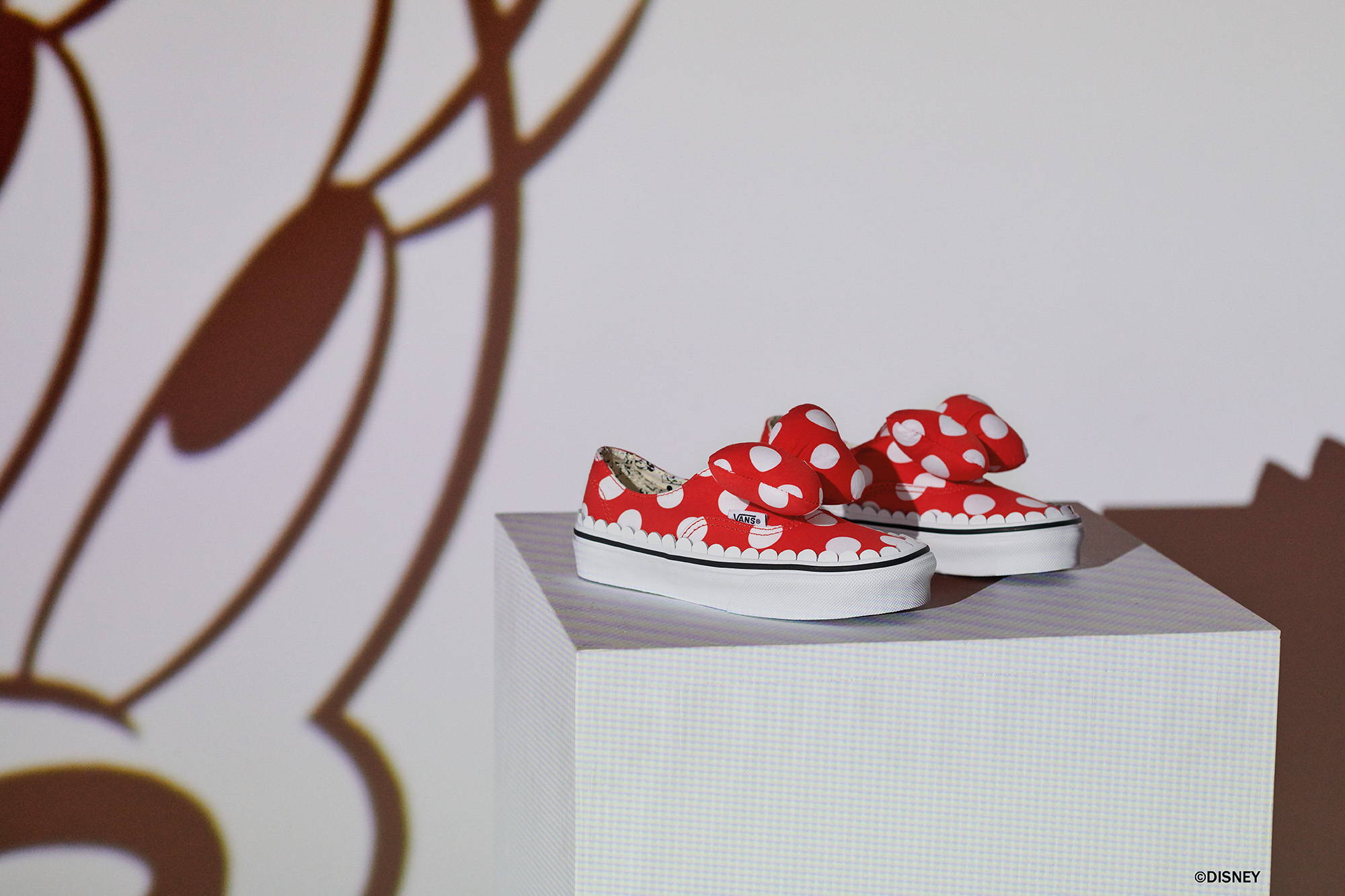 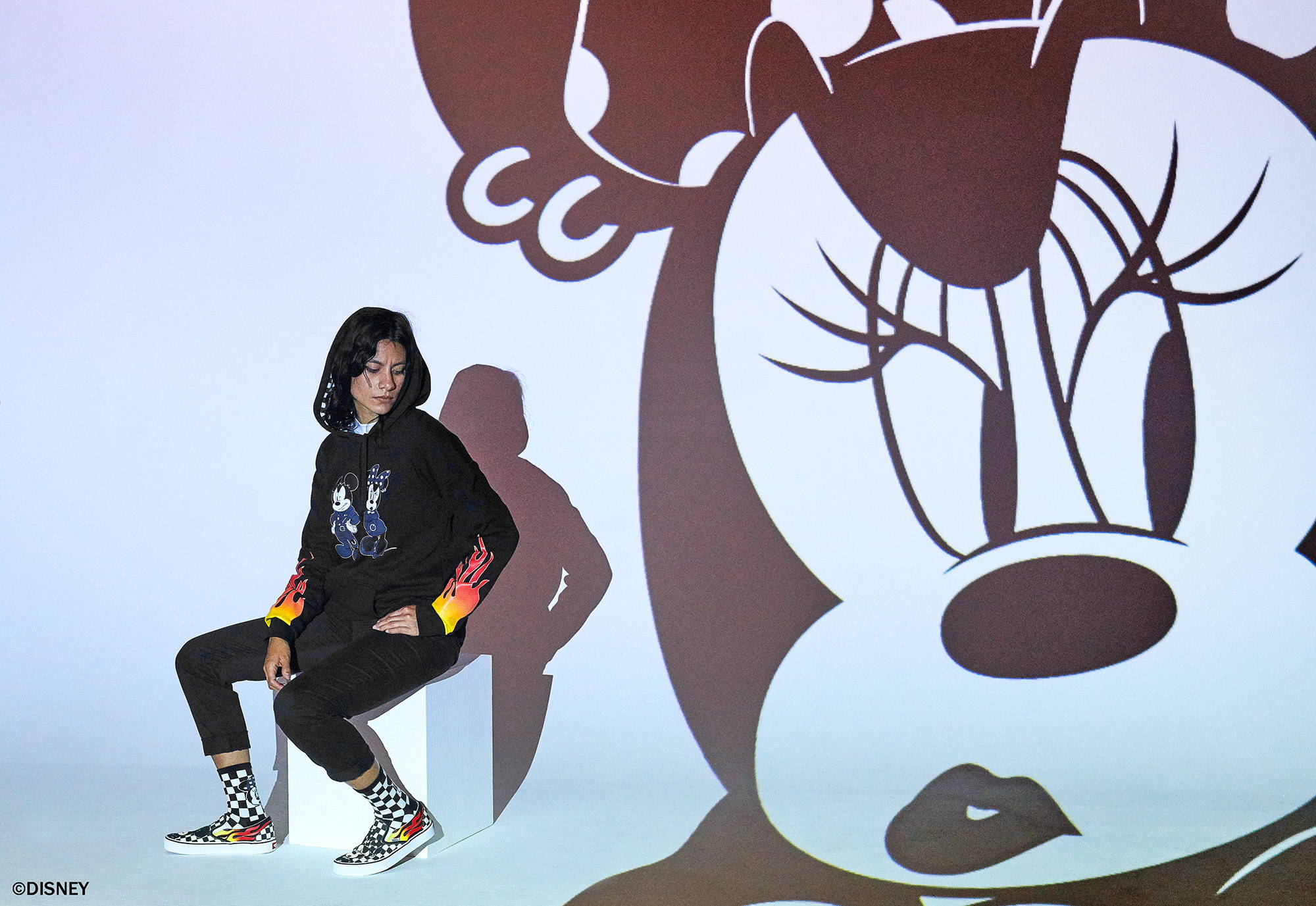 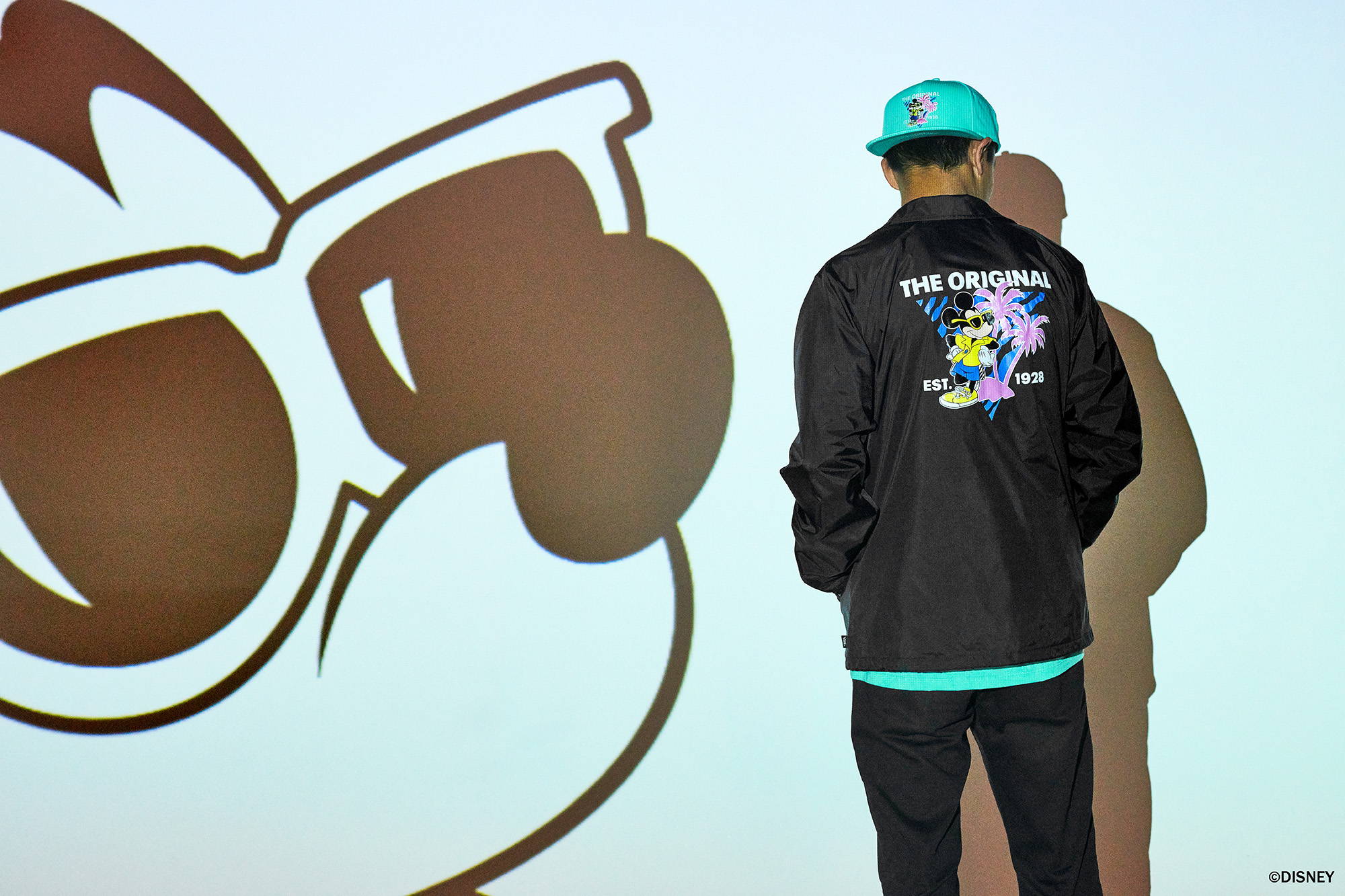 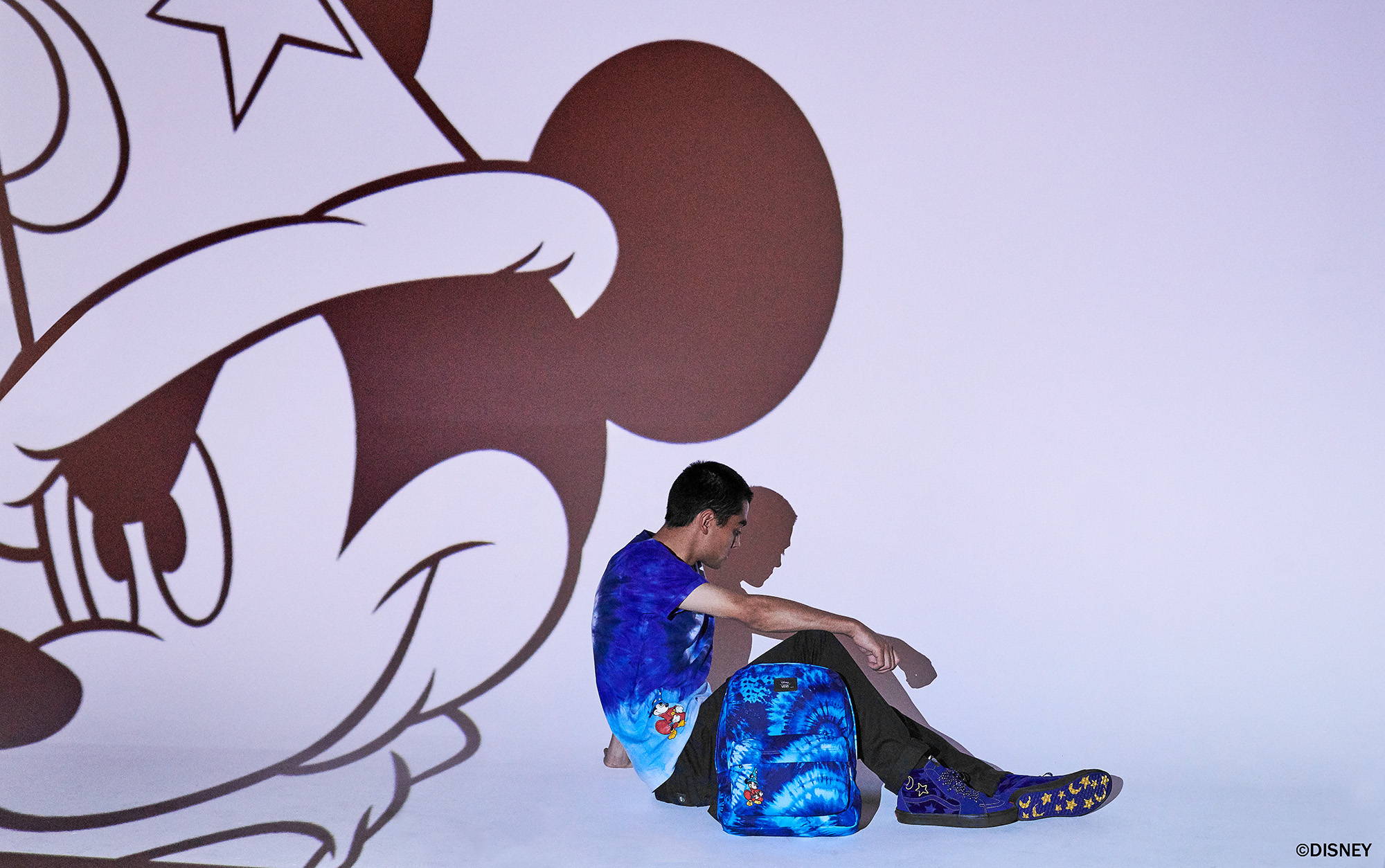