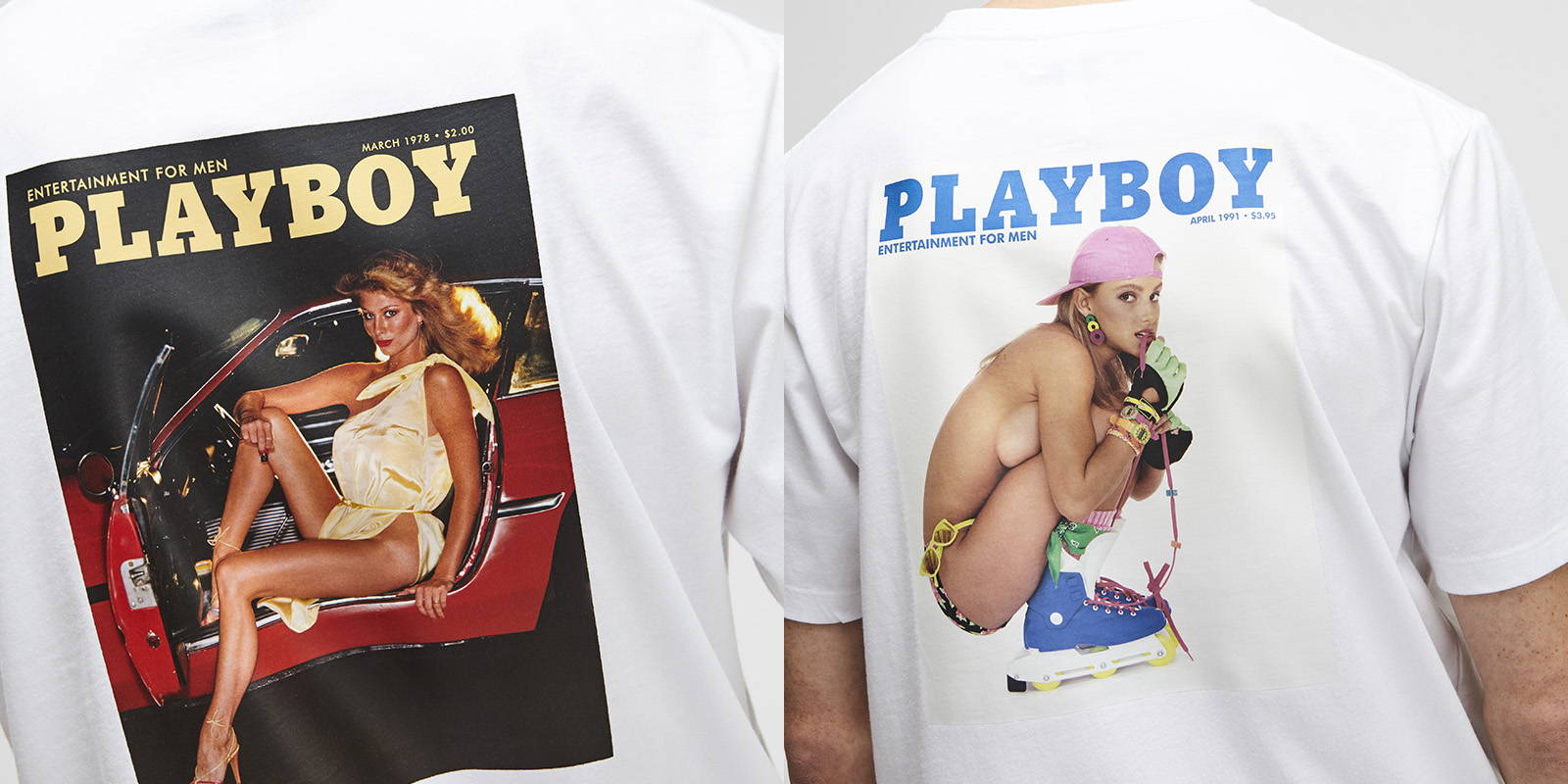 Soulland meets Playboy Entertainment - a collaboration that celebrates Playboy’s role in redefining standards for femininity and masculinity. It is often overlooked that Playboy was a progressive cultural leader in the sixties and seventies. During these decades, Hugh Hefner and Playboy disputed the post-war “ideal man”, shining light on a happier, swinging bachelor, considered homosexual at the time. The magazine challenged conservatism with civil rights, gay rights, antiwar movements, and feminism quickly becoming a part of the Playboy Worldview. Playboy Entertainment represents openness, pacifism, and equality. Playboy isn’t “Entertainment for men” but “Entertainment for all”.

Soulland and Playboy will release a monthly T-shirt throughout 2019, each featuring a historic cover, paying homage to the “Playboy Worldview”. The collaboration highlights a cause very dear to Soulland; the pursuit of openness and presents Playboy as a cultural leader towards this cause. The celebrated covers include the Andy Warhol issue, the first African-American model on the cover and the peace dove protesting the Vietnam war.

The monthly Soulland meets Playboy T-shirt is released in a limited run at selected retailers Worldwide.

The March release displays the cover from March 1978, featuring Debra Jensen, photographed by Phillip Dixon. The Playmate of the month was Christina Smith photographed by Arny Freitag. This was Arny Freitag’s first Playboy shoot. He went on to become a household glamour photographer for the magazine. The issue featured a Bob Dylan interview around his newly released album entitled “Street Legal”.