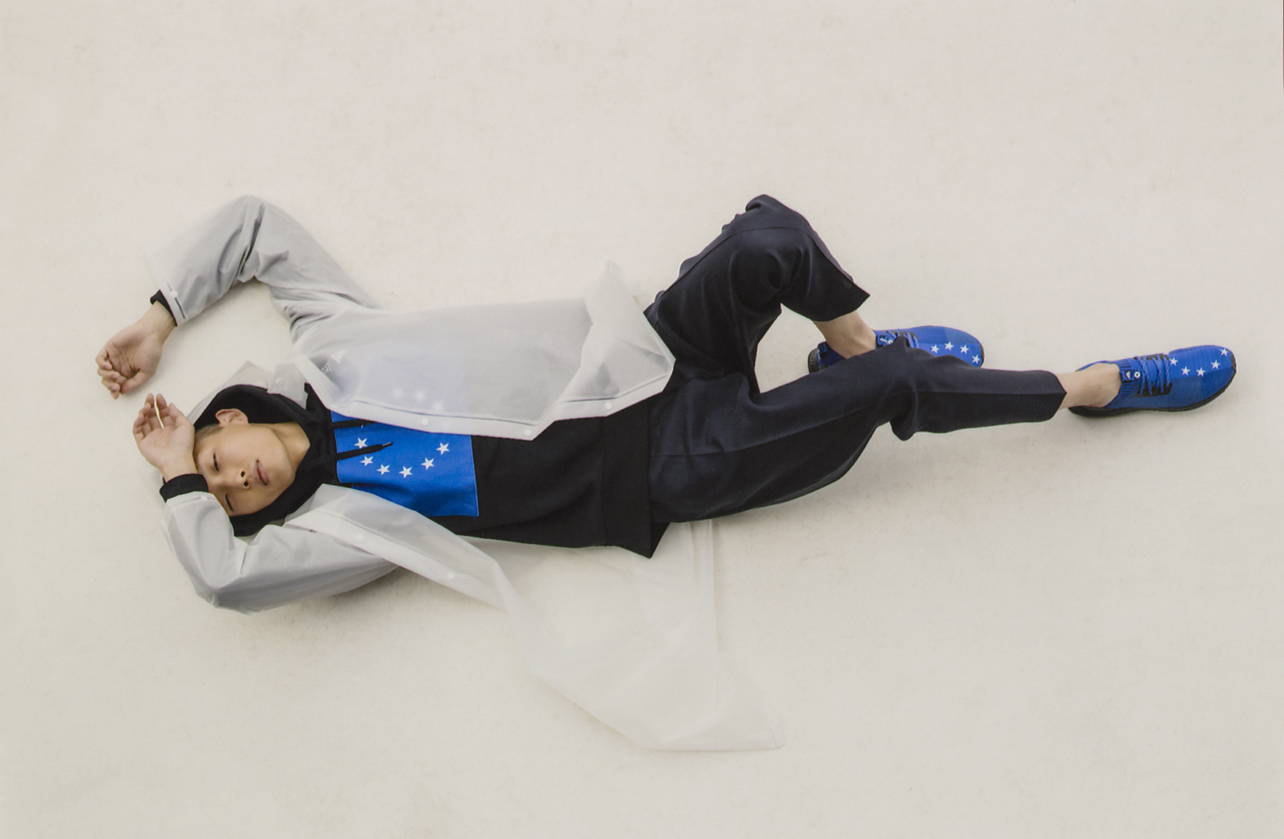 The original UltraBOOST that launched in the early months of 2015 quickly established itself as the most impressive example of the high-performance functionality and meticulous craftsmanship that has come to define the adidas running shoe roster. The UltraBOOST Collective was formed later that year as an opportunity for some of the most revered brands and designers from around the world to create their own distinctive take on the shoe. For FW18, the UltraBOOST Collective is comprised of A Kind of Guise, Engineered Garments, Études and Kinfolk. The Paris-based Études ‘studio’ was founded in 2012 as a way of exploring and advancing global experiences of visual culture. Their work traverses mediums, but is most memorably conveyed through contemporary-minded fashion collections. Their UltraBOOST design slots seamlessly into their aesthetic: a deceptively refined, uncaged shoe rendered in shades of bright blue and deep black. The blue uppers not only call to mind an iconic adidas colorway but also a shade that Études frequently uses to champion a strong, open and progressive Europe. The color, pared-back silhouette, and embroidered stars immediately catch the eye. Accompanying the Études UltraBOOST is a pack-away rain cape. Echoing the subtle details of its partner shoe, the cape is sleek and functional, with oversized tonal co-branding that runs the length of the cape’s reverse. 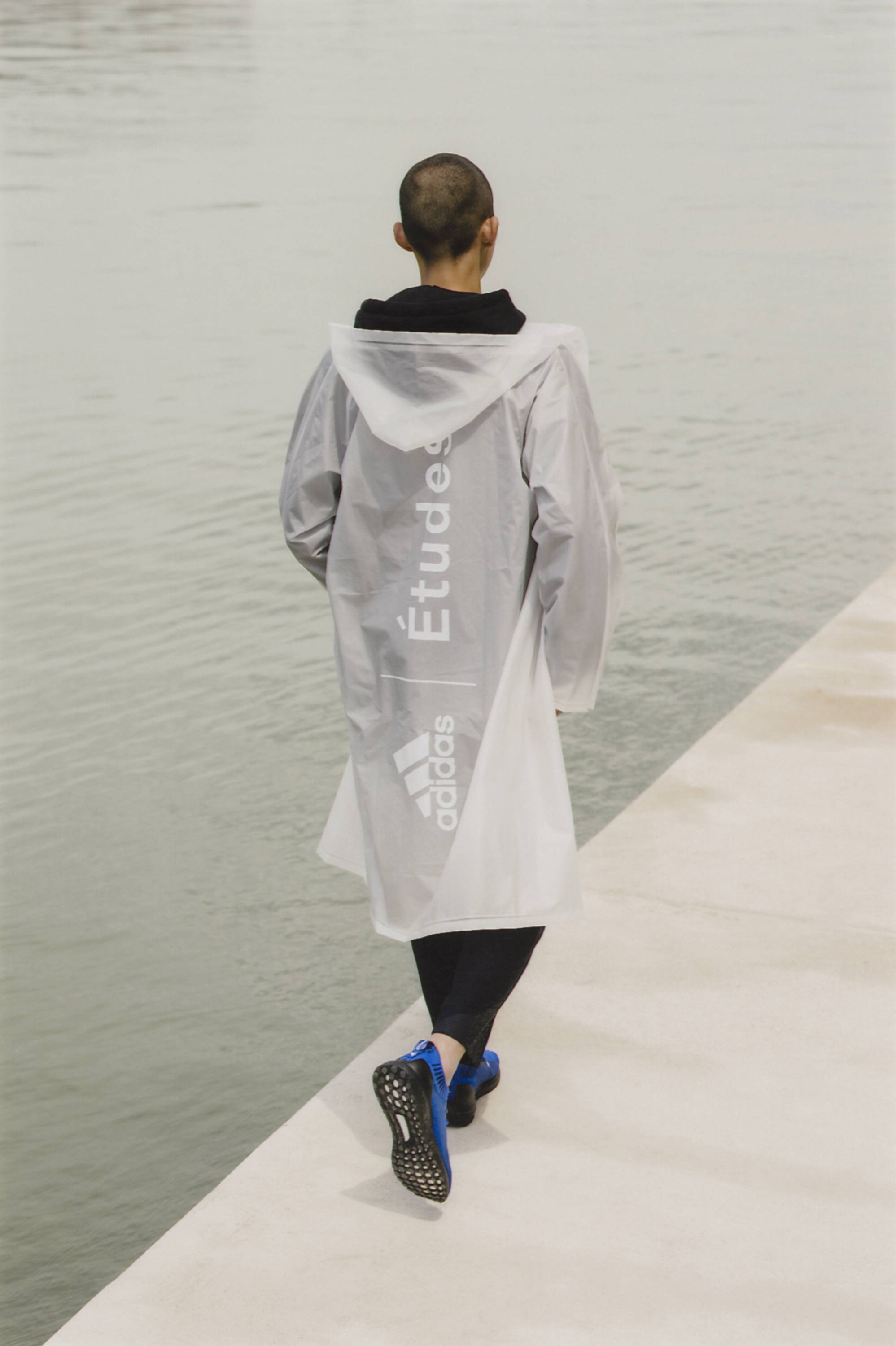 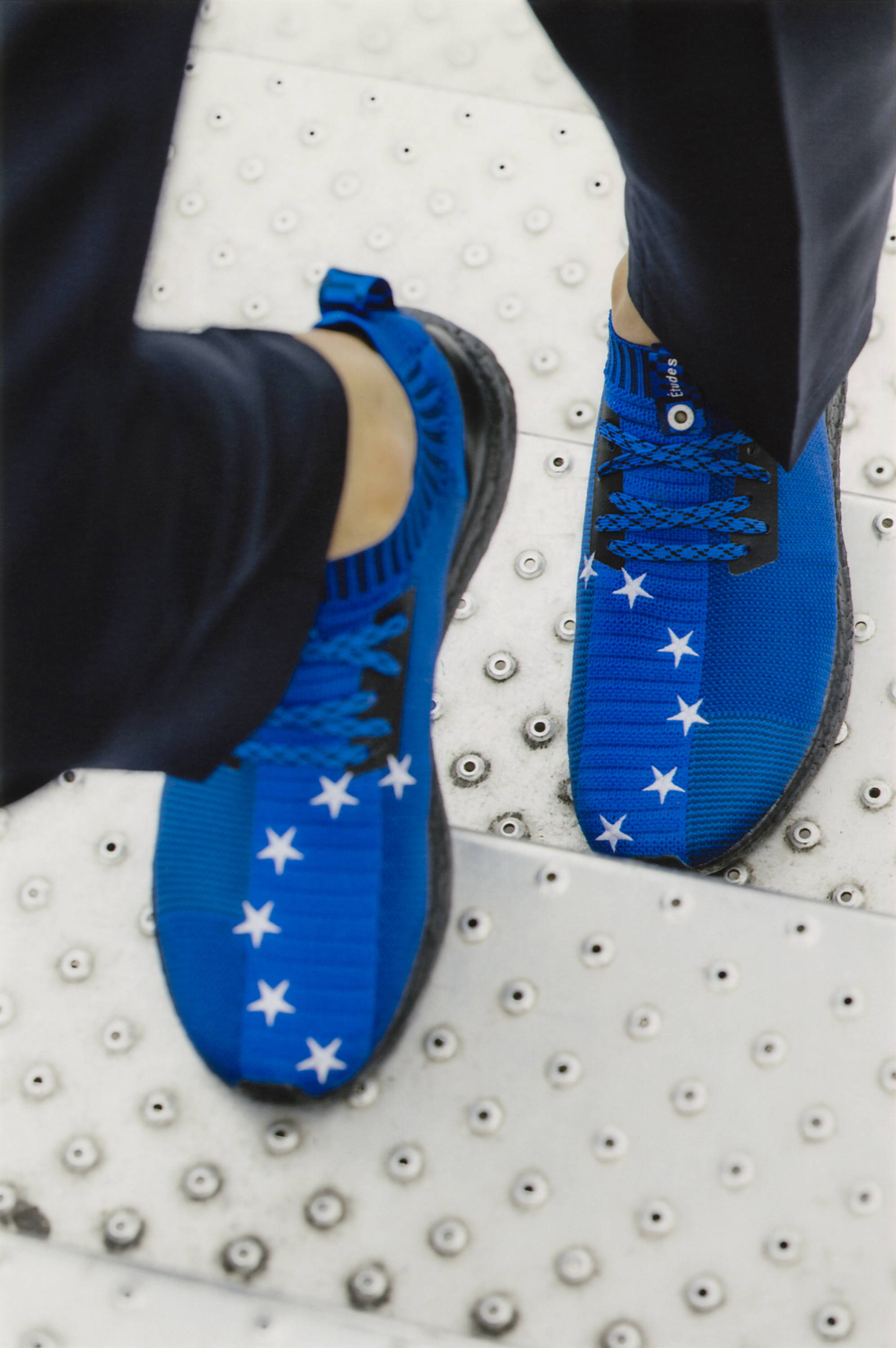