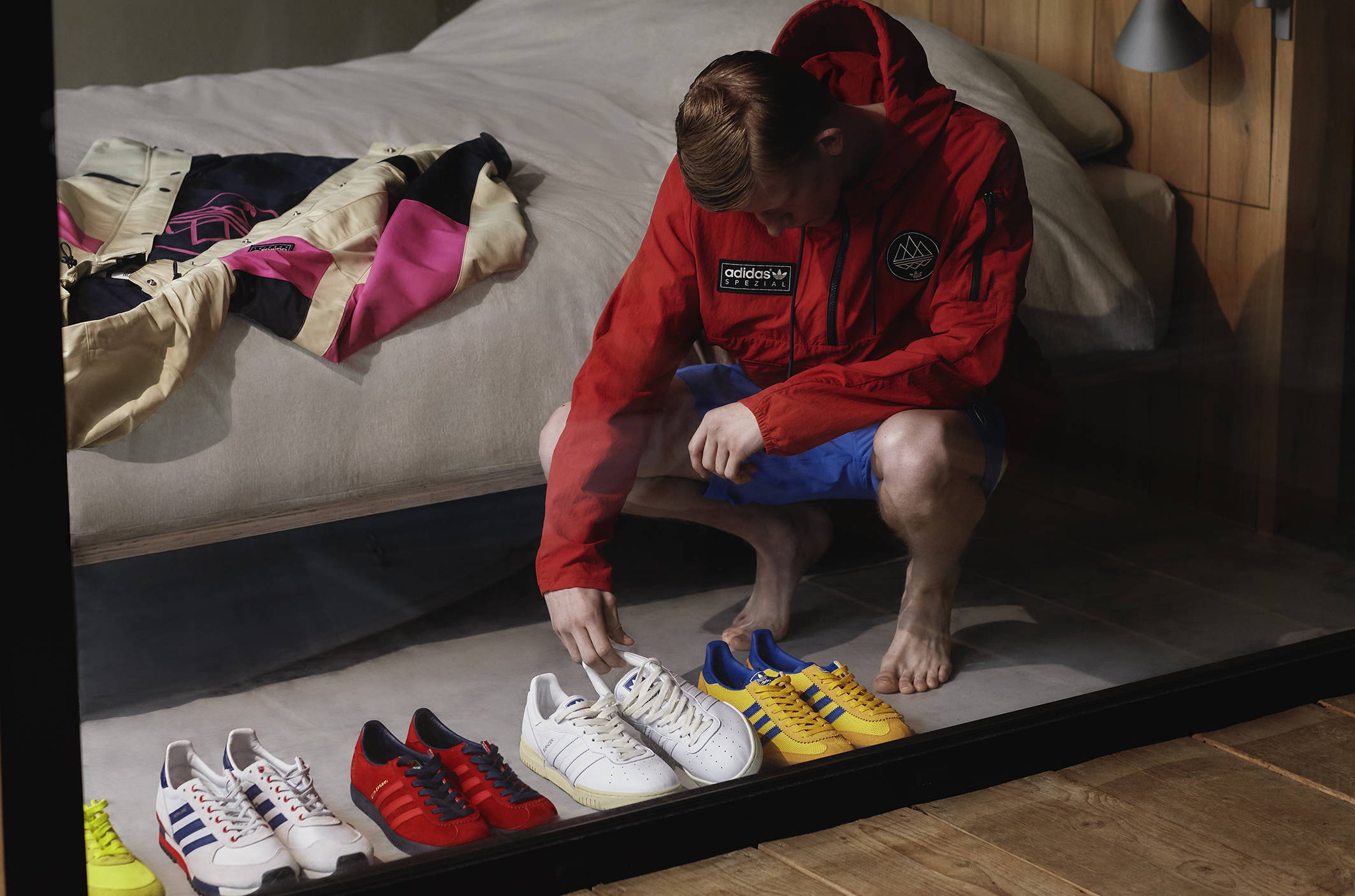 This season, adidas Spezial has returned to present its Spring/Summer 2021 collection. Comprising a suite of classic footwear silhouettes alongside a number of carefully considered apparel pieces and accessories, the quintessentially composed collection borrows references from the 1970s through to the early 90s and uses a distinctly 1980s colour palette mixed with the neons of coastal surfing aesthetics. The collection’s footwear offering is made up of five unique silhouettes, a mix of new hybrids alongside tweaked versions of lesser known shoes from the brand’s rich history. First up, the Burnden SPZL is a brand new hybrid all-white court trainer. The upper pattern borrows heavily from a vintage suede trainer made under license in Japan, with its curvy eyestay and heel overlay. They are composed of a leather upper, EVA midsole and rubber outsole with distinctive colour panelling inserts. Meanwhile the Hoylake SPZL is based on a rare South African style and is composed of a grey suede and textile upper matched with an EVA midsole, and a rubber outsole. This beautiful runner is then completed with navy, blue, and red accents. The shoe was discovered by a notorious adidas collector based in the town of Hoylake (in Merseyside) who kindly lent the only known pair to the adidas Spezial team – his kind support was reciprocated in the naming of the shoe. The collection then moves to one of the brand’s most iconic runners: the Marathon 86. The shoe sticks with the bold fluorescent yellow suede and textile upper with navy stripes but is updated with additional suede overlays (these were used on early prototypes of the original shoe) and a deep red line that adds depth to the EVA midsole. adidas Spezial then turns its attention to the iconic city series with a revamped take on the Malmo silhouette. The updated Malmo Net SPZL trainer takes inspiration from an ultra rare 1976 version of the Malmo that used a nylon mesh upper.

The shoe is re-branded with the adidas Spezial ‘Mod Trefoil’ graphic on the tongue and heel whilst the upper specifications are revised with a reworked toebox. The shoe is finished with a traditional gum sole and uses the iconic yellow and blue colourway that takes inspiration from the Swedish flag. Rounding off the footwear offering is an homage to Spezial curator Gary Aspden’s upbringing as the brand brings back the Blackburn SPZL silhouette in the new ‘Ewood’ edition. The colourway takes its lead from the unreleased first round sample of the original Blackburn SPZL that generated a lot of excitement when it was revealed online. The colourway draws on the signature aesthetics of the Lancashire rose, revising the shoe with an inverted colorway based on its predecessor. The shoes feature a red suede upper, collegiate green in the tongue, and navy outsole. The foil print of the Rose below the collar of the shoe is a modern take on the graphic foil prints used by adidas on training shoes in the mid 70s. Moving from footwear to apparel the Summer 2021 Spezial collection consists of a number of spring-ready pieces lead by the Aldrington Anorak with its signature neon pink panelling. Based on an outdoor jacket that was popularised in Japan almost three decades ago the coat comes in a generous 90s fit with details like the half waisted draw cord and Spezial zip pullers. The other jacket this season is the new rain-protective deep red Todmorden smock – another Spezial classic in the making with its oversized chest branding and array of draw cord pockets. This season’s tracksuit sits somewhere between the world of Freizeit leisure wear and vintage training suits of the late 70s – the utilitarian looking ‘Ewood’ track top and track pants come with a distinctive collar and minimalist detailing. Lastly we have the Birchall Tee along with the elegant bluebird coloured Durrington Shorts. Accessorising the collection in style we have perfect beach accessories in the lightweight mesh Ellenshaw Cap and the beach-ready navy Portslade Bag. 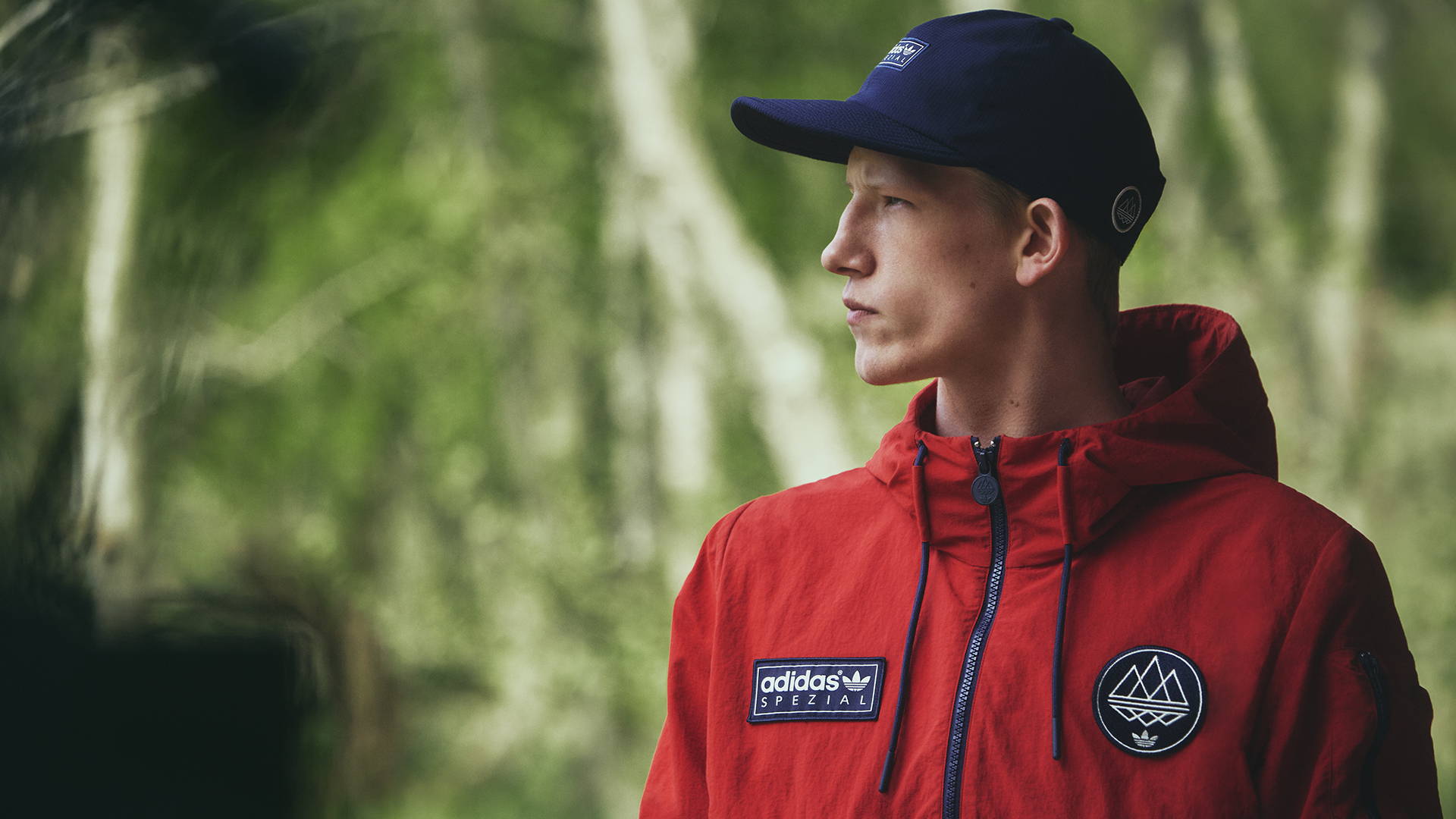 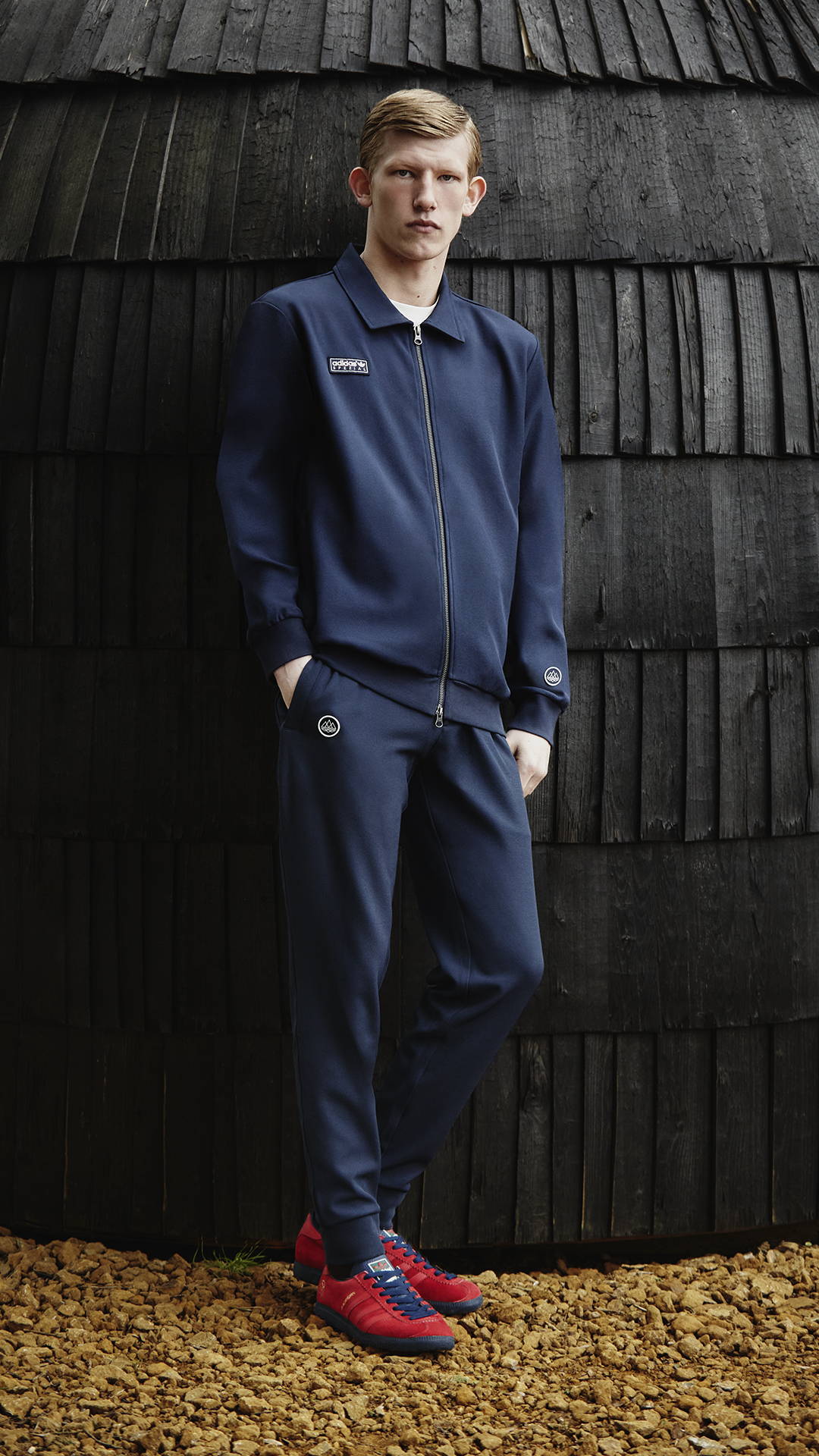 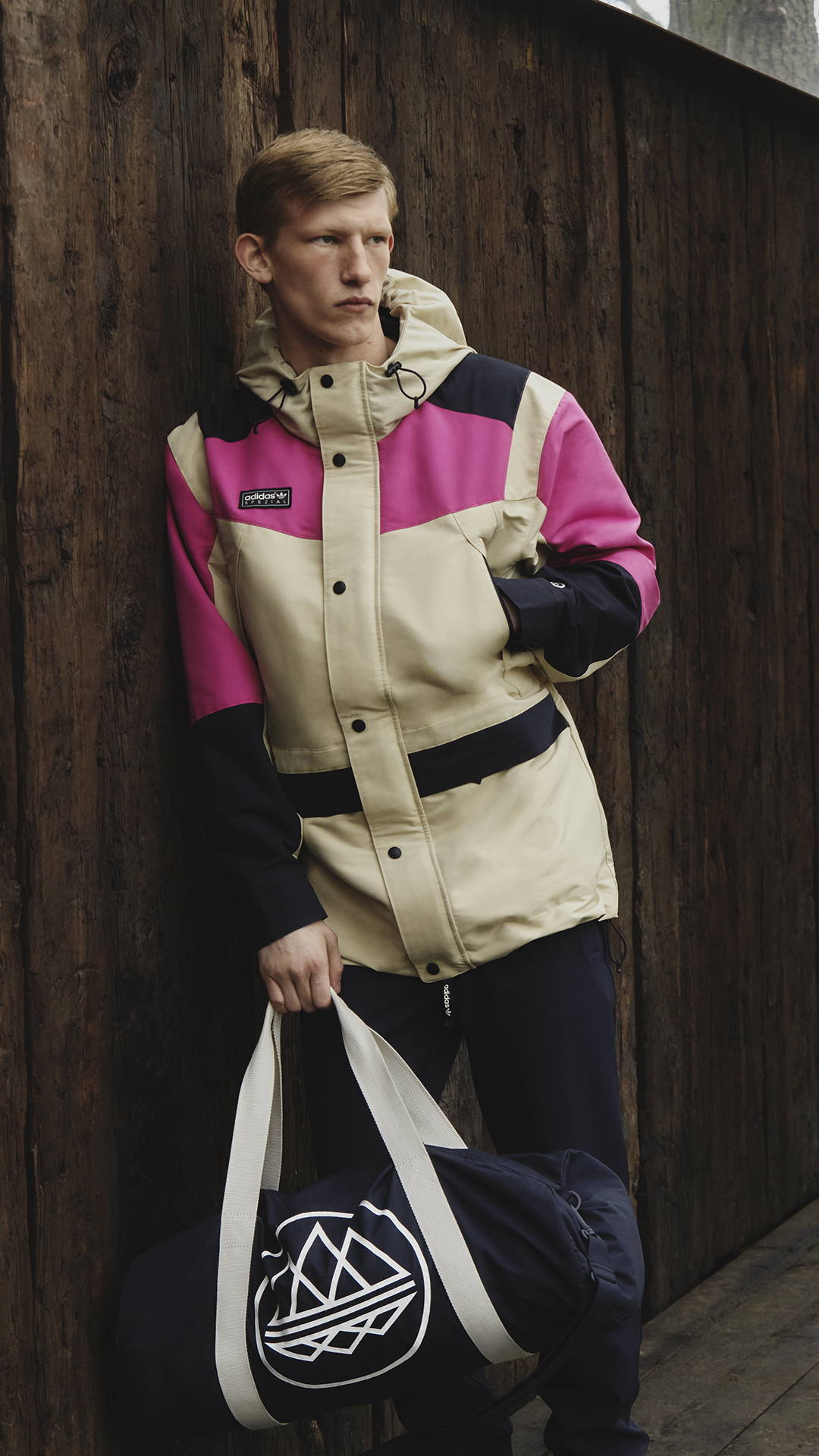 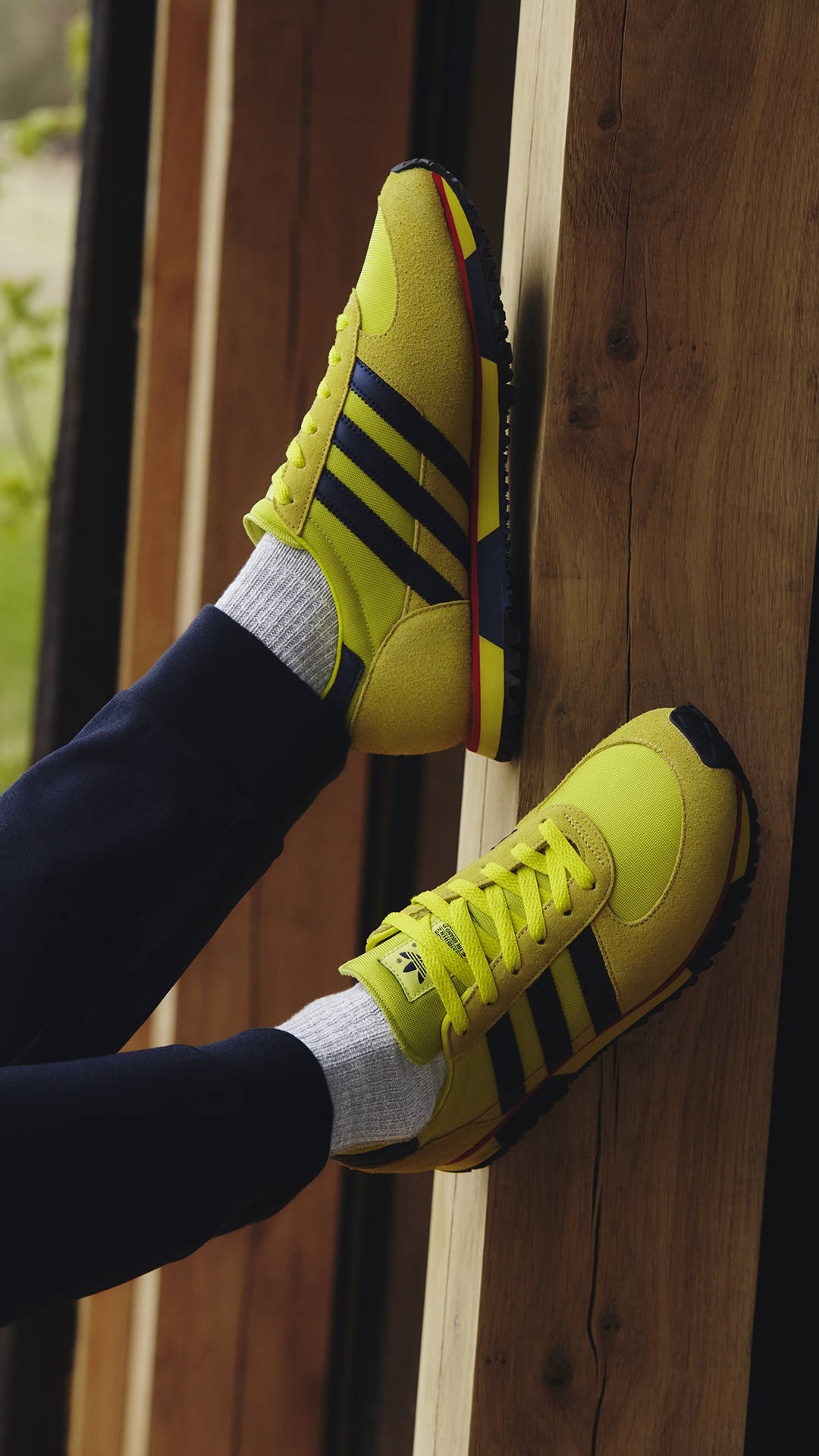 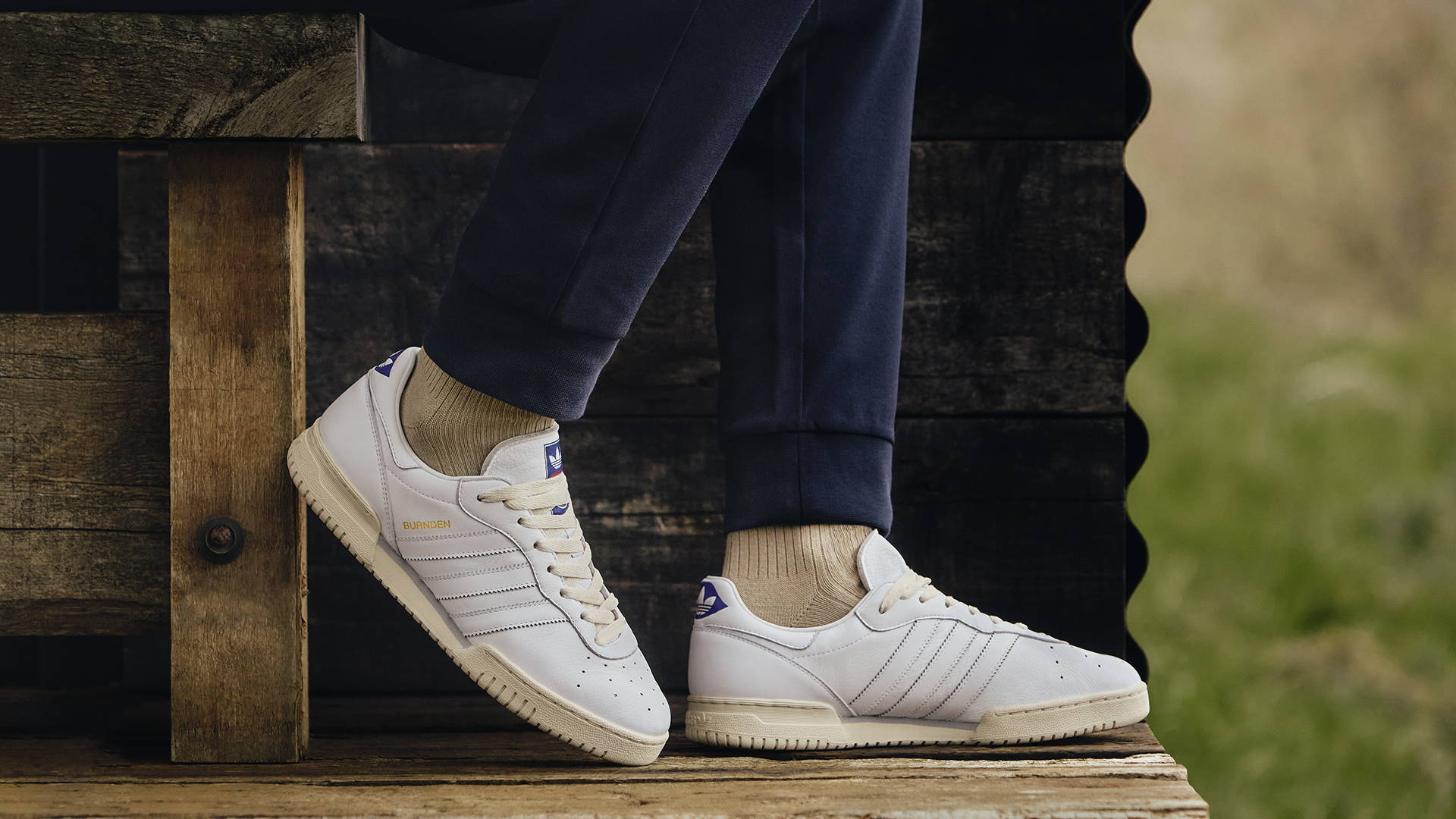 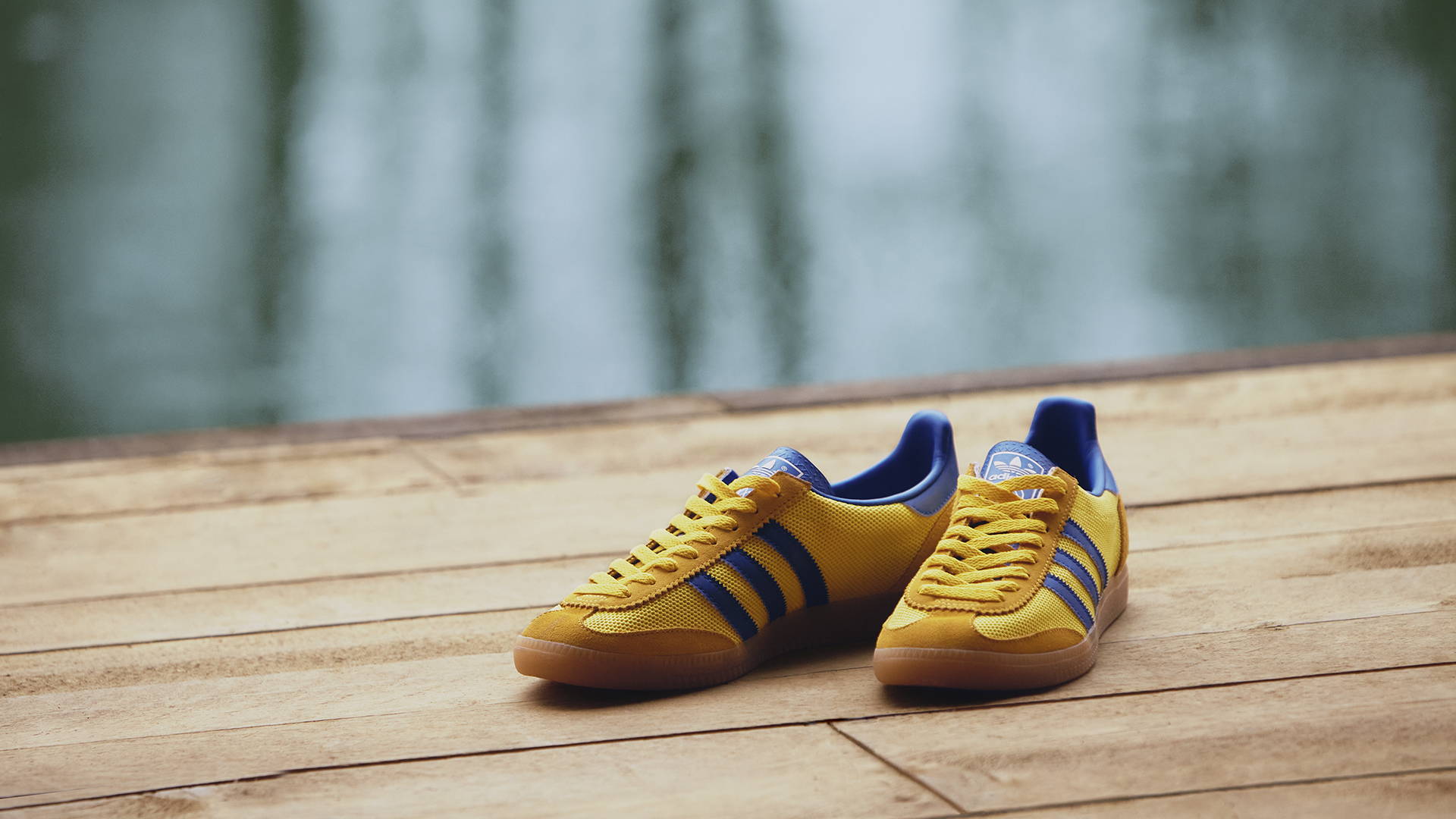 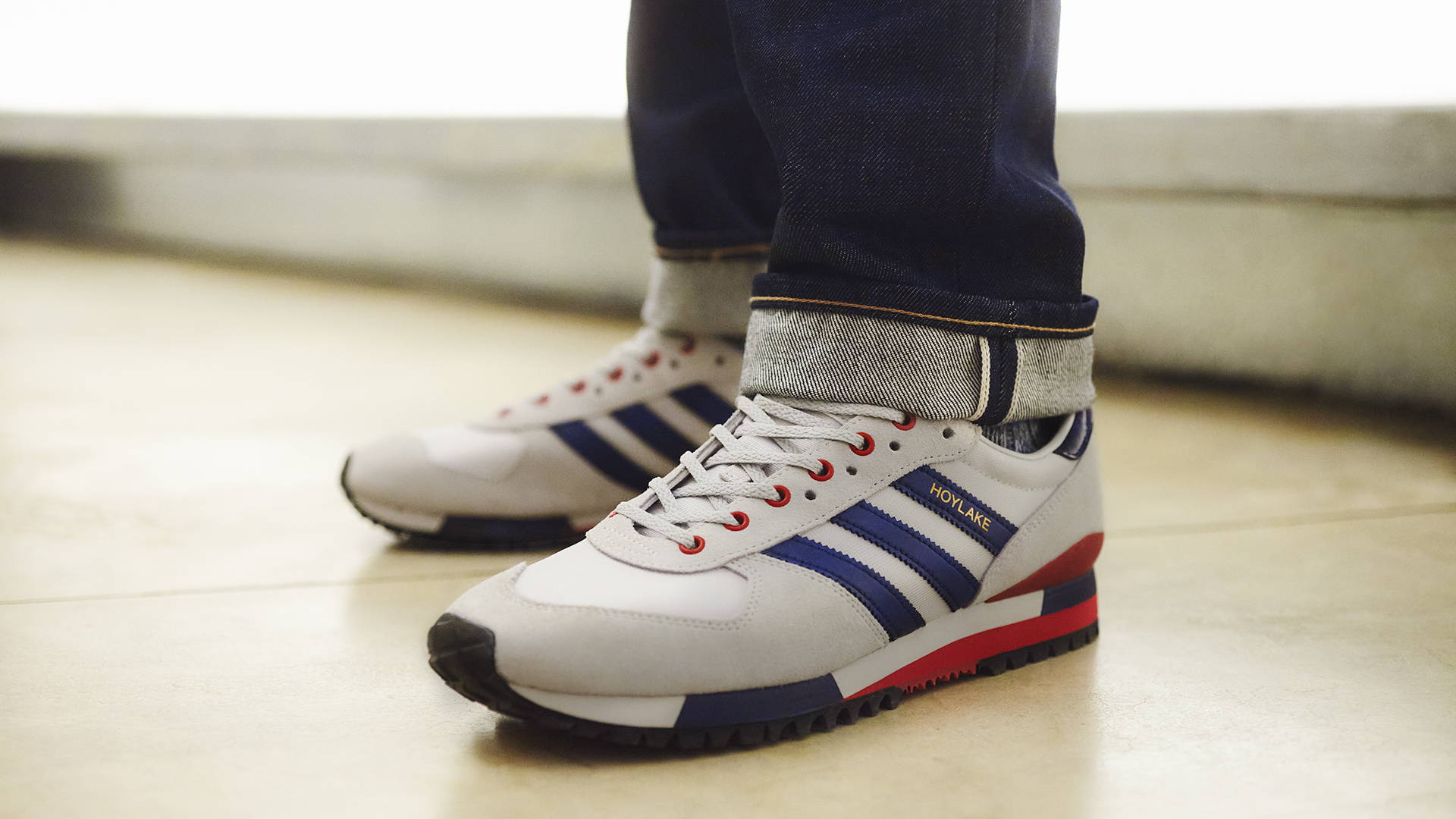