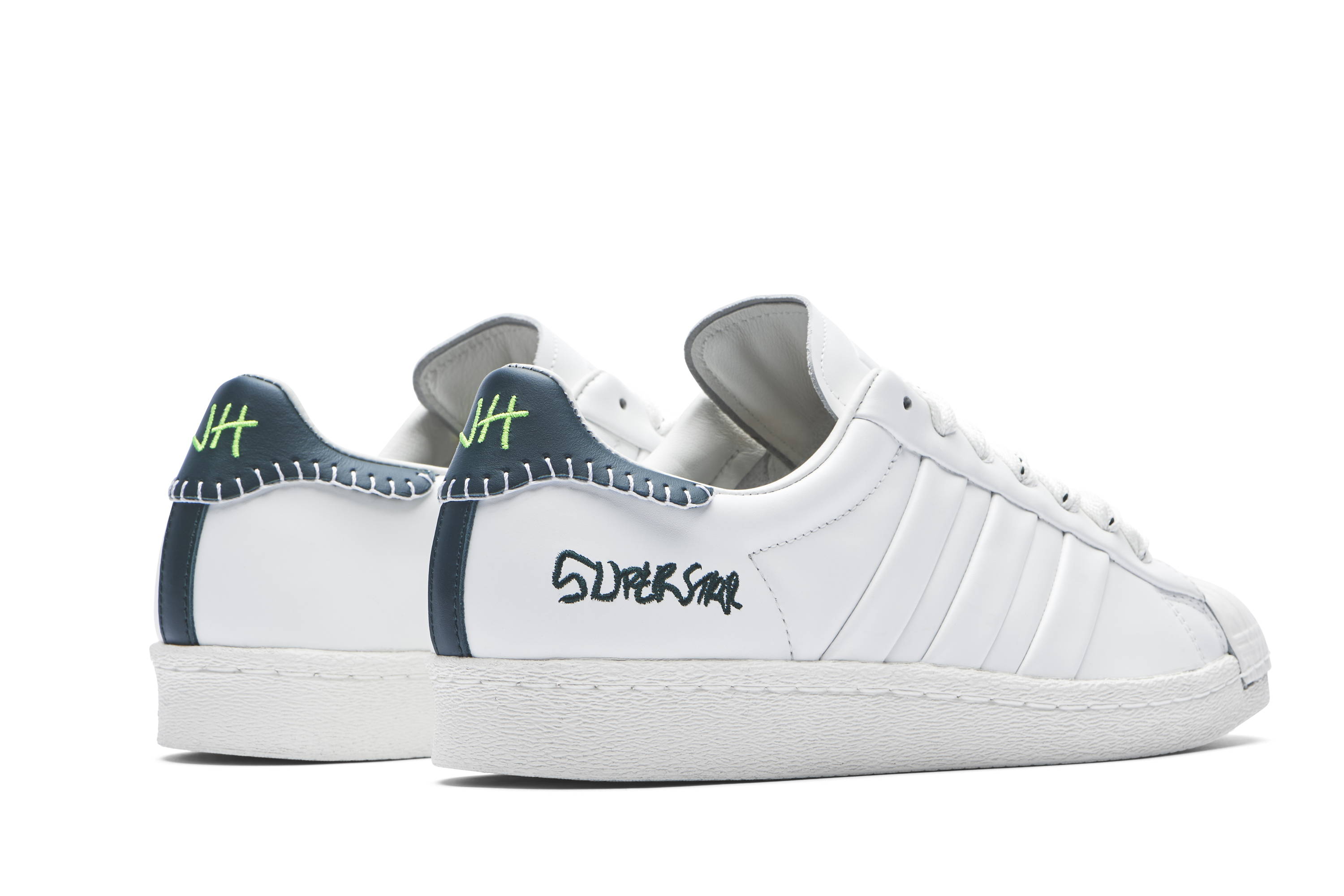 Throughout its existence, the iconic Superstar has been worn by teams and crews who push culture forward. adidas Originals has collaborated with one of culture’s most game-changing creative forces, Jonah Hill, to present a striking new take on the legendary silhouette.

The Jonah Hill Superstar creates an organic link to Jonah’s own childhood influences, inspirations, and points of reference. Speaking on the design inspiration Jonah explains the creative process and his personal relationship to the silhouette: “I started thinking back to all the experiences I had growing up while wearing them, and tried to make my fantasy version of what I would have wanted when I first wore them.

Inspired by Jonah’s upbringing on the West Coast during the 1990s, the collaborative Superstar sneaker honors the multidisciplinary creative’s love for the original silhouette while adding his own aesthetics to it. Blending sophisticated lines with homemade aesthetics, adidas Originals and Jonah Hill seek to evoke a premium feeling whilst highlighting a non-conformist edge.

Shining a light on the silhouette’s timeless style, the collaborative Superstar is made-up in a core-white full-grain leather upper which is sat atop an off-white rubber sole. Shifting to the details: the silhouette features an abundance of personal touches, including “JH” and “Superstar” stitching in Jonah’s handwriting, and a lion embroidered on the back of the tongue, serving as an ode to one of his tattoos. The instantly recognizable shell-toe sneaker is then complimented by subtle-yet-unorthodox three stripes details. Finally, the sneaker is capped off with a set of fat laces. 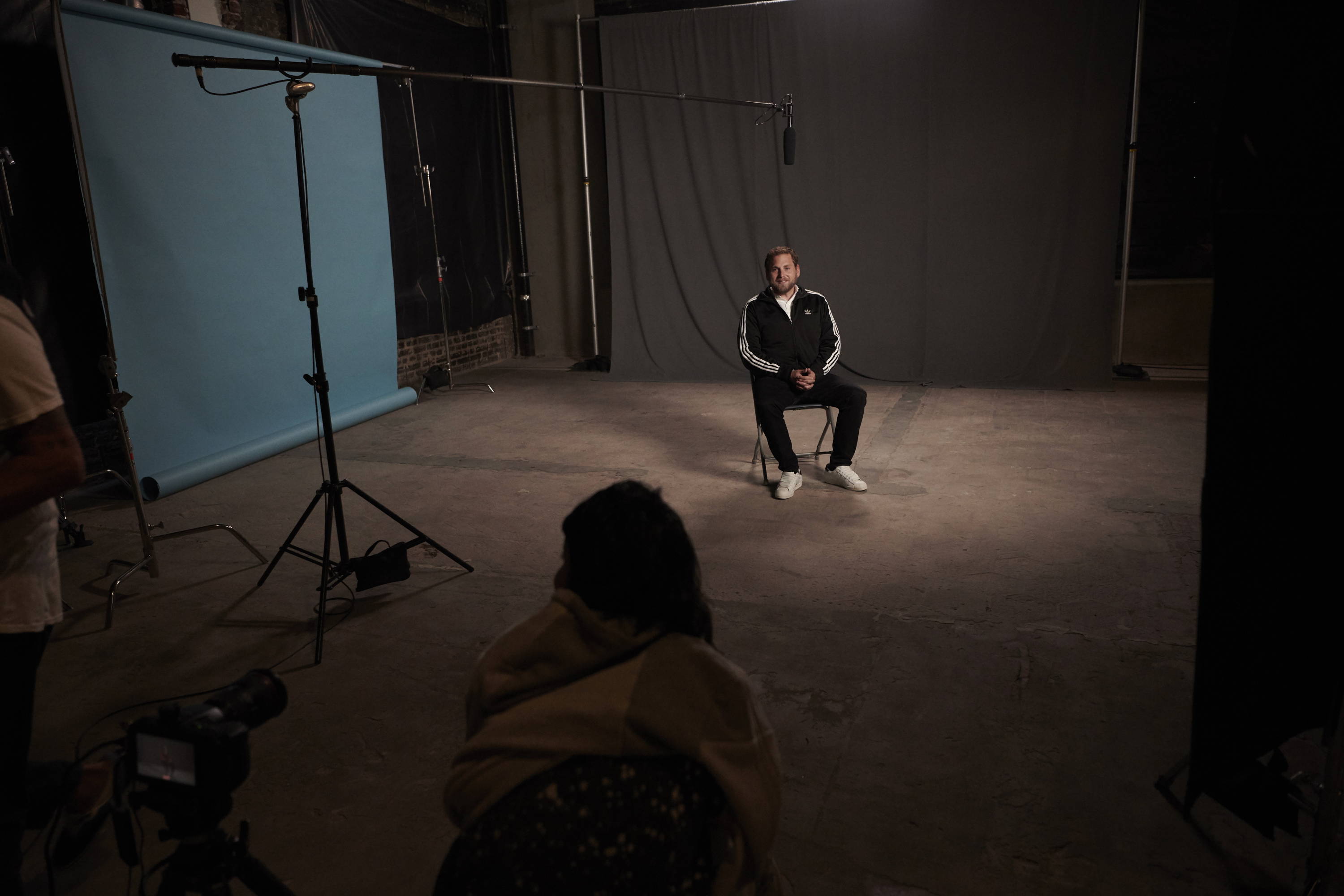 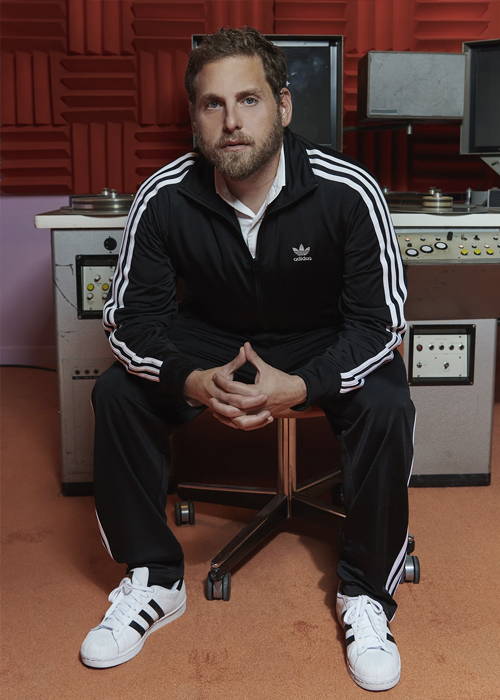 Who is Jonah Hill?

Besides being a movie star, he’s considered a streetwear style icon, with a passion for Palace and adidas, which led him to collaborate with The Brand With The Three Stripes. His style is influenced by skate culture and West Coast vibes, where he was born and raised.