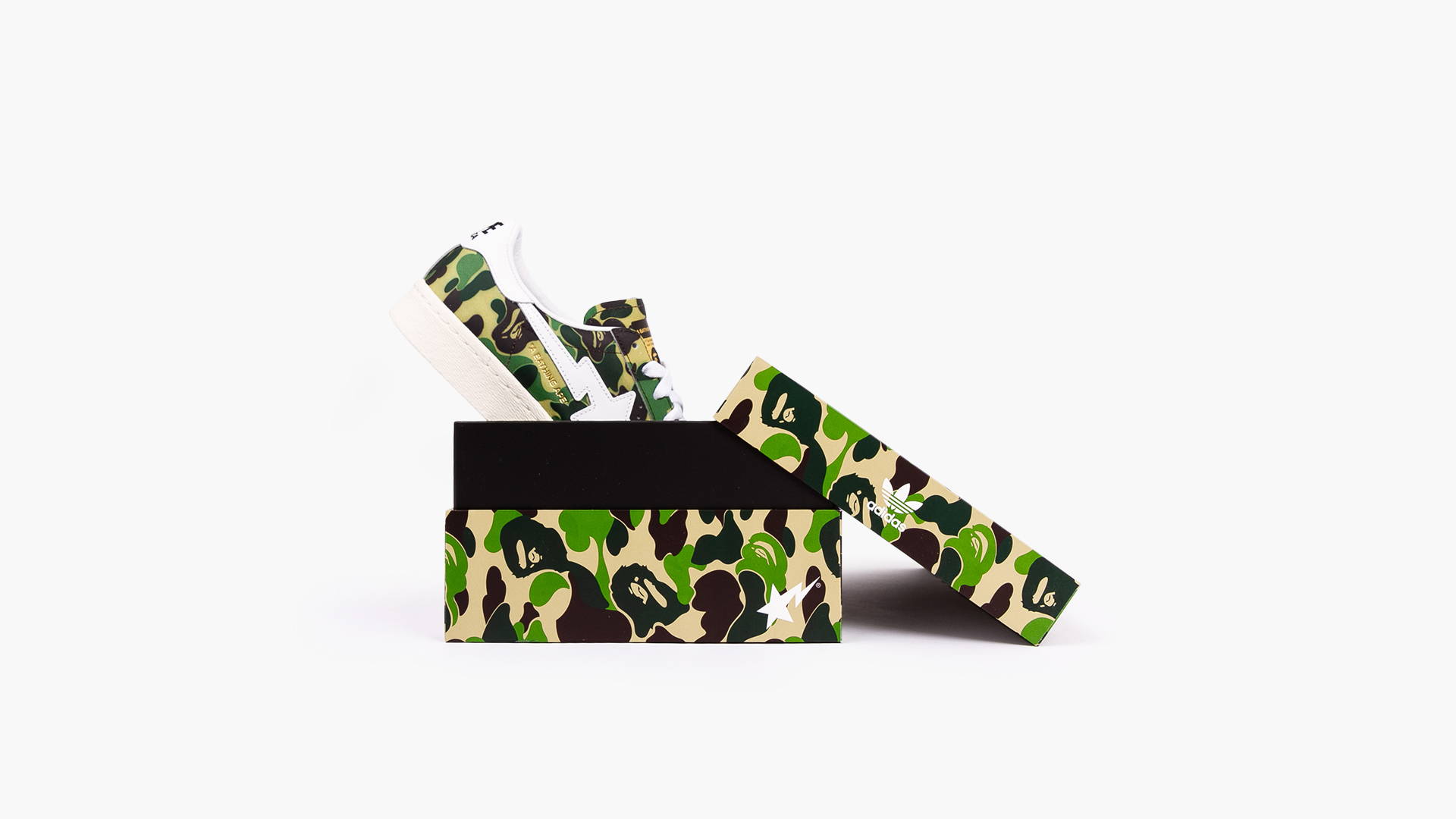 Two close collaborators - adidas Originals and BAPE team up once again for SS21, to commemorate the 50th anniversary of the iconic adidas Superstar sneaker. This latest take on the Superstar arrives in a third colorway, as a compliment to the previous SS21 colorways. Each pair features asymmetrical branding on the upper, as the BAPE shooting star graphic shares placement with adidas’ three stripes.

Additional co-branding appears on the tongue and heel, while a branded deubré rounds out the look. This third colorway continues the camouflage theme for SS21, arriving dipped in BAPE’s signature “ABC” camouflage. The ongoing collaboration between adidas and BAPE started in 2003, with the creation of a modified Superstar sneaker, the BAPE x adidas Super Ape Star.

At the time, the partnership introduced a new mindset with the slogan, “The Respect is Mutual.” 18 years and numerous collaborations later, adidas Originals and BAPE one again re- interpret the Superstar silhouette. The sixth Superstar sneaker created between the two brands, SS21 is a nod to the BAPE “SKULL STA” sneaker, which was created 20 years ago and is said to be inspired by the Superstar.

We are very excited for this release! After one year spent in opening and closing our new store in Rome, we decided to launch this product in 2 different ways:⁠

2. For our international customer and followers 🌎 : ⁠
we just launch "In or Out" our Raffle Platform. Go on suede-store.com to join it. ⁠ 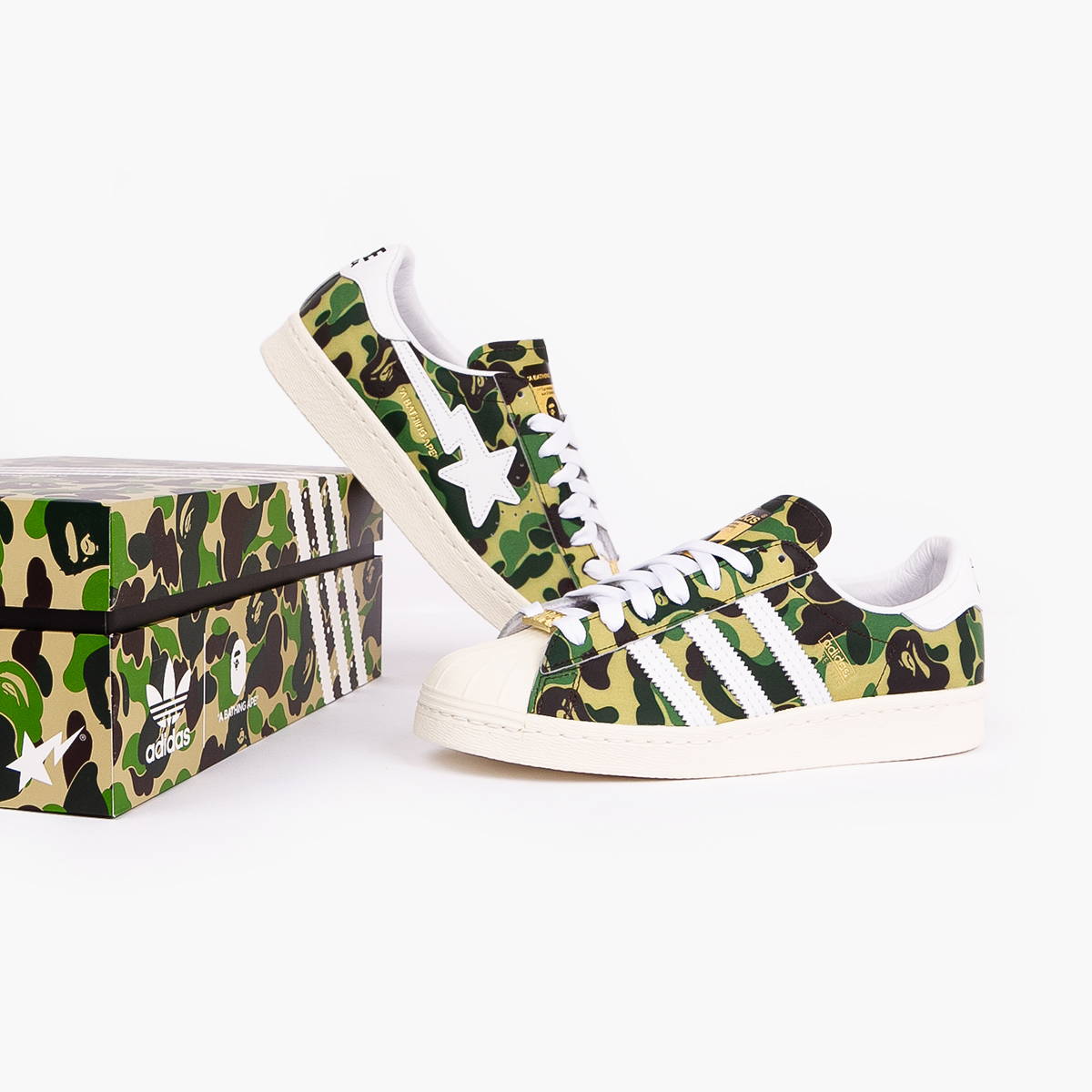 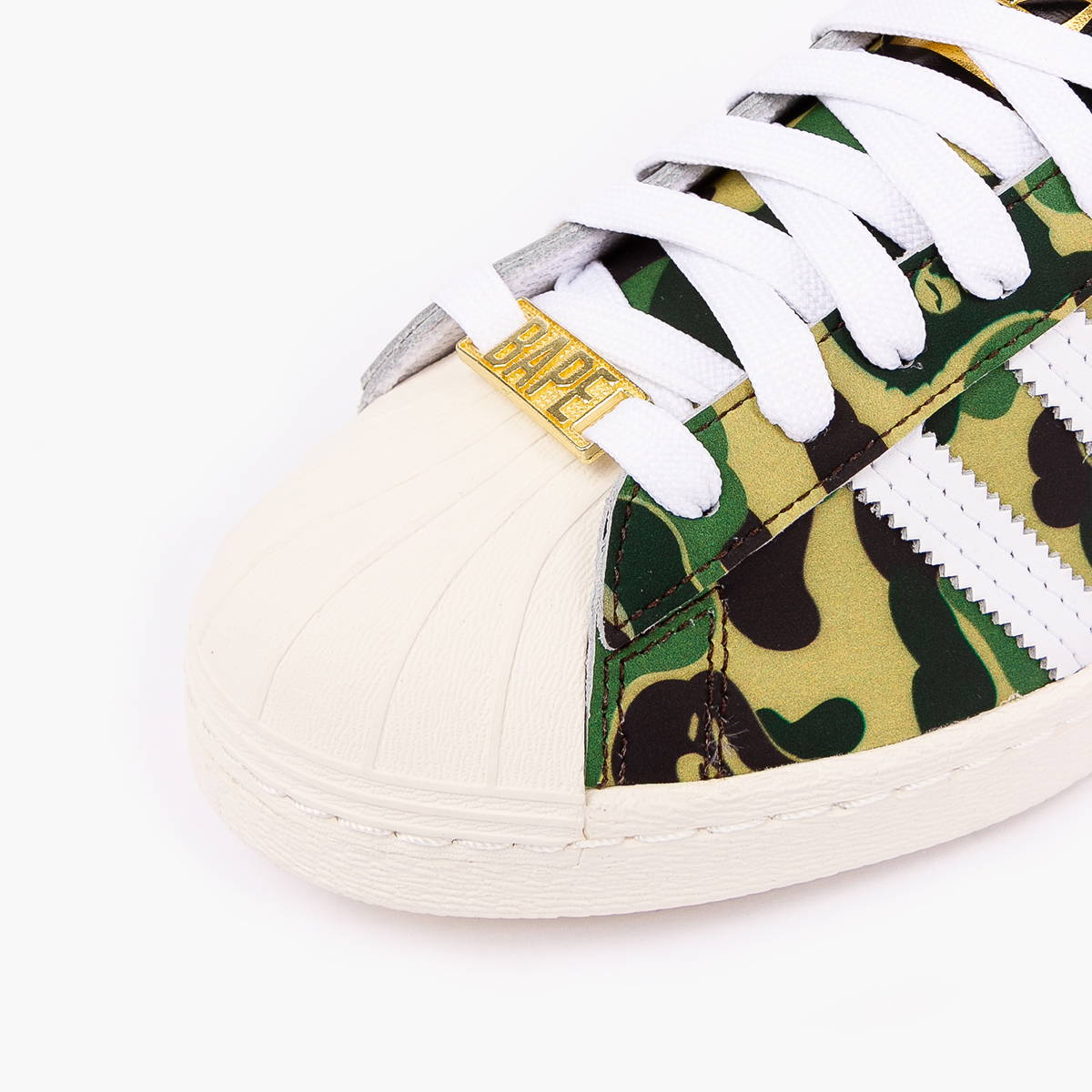 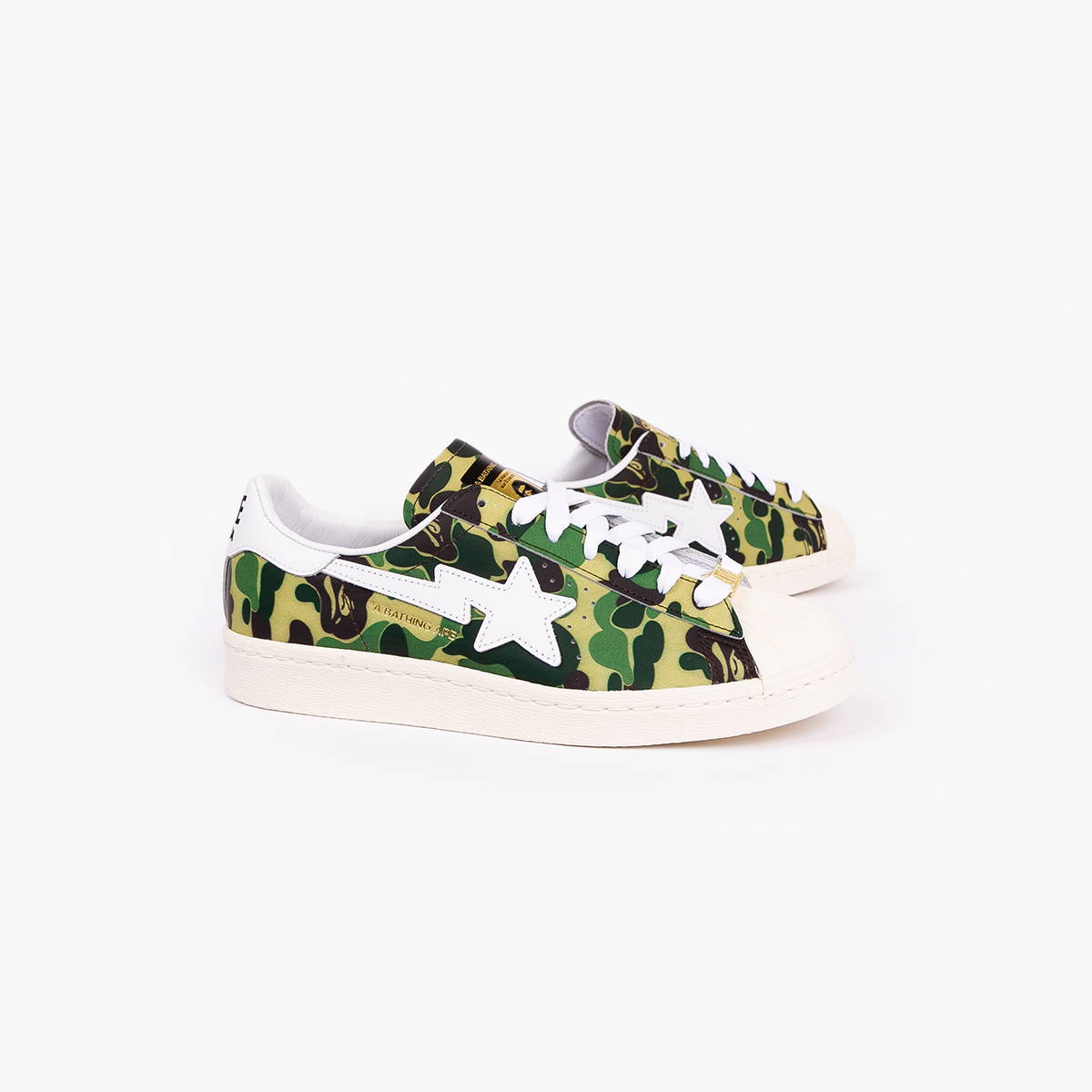