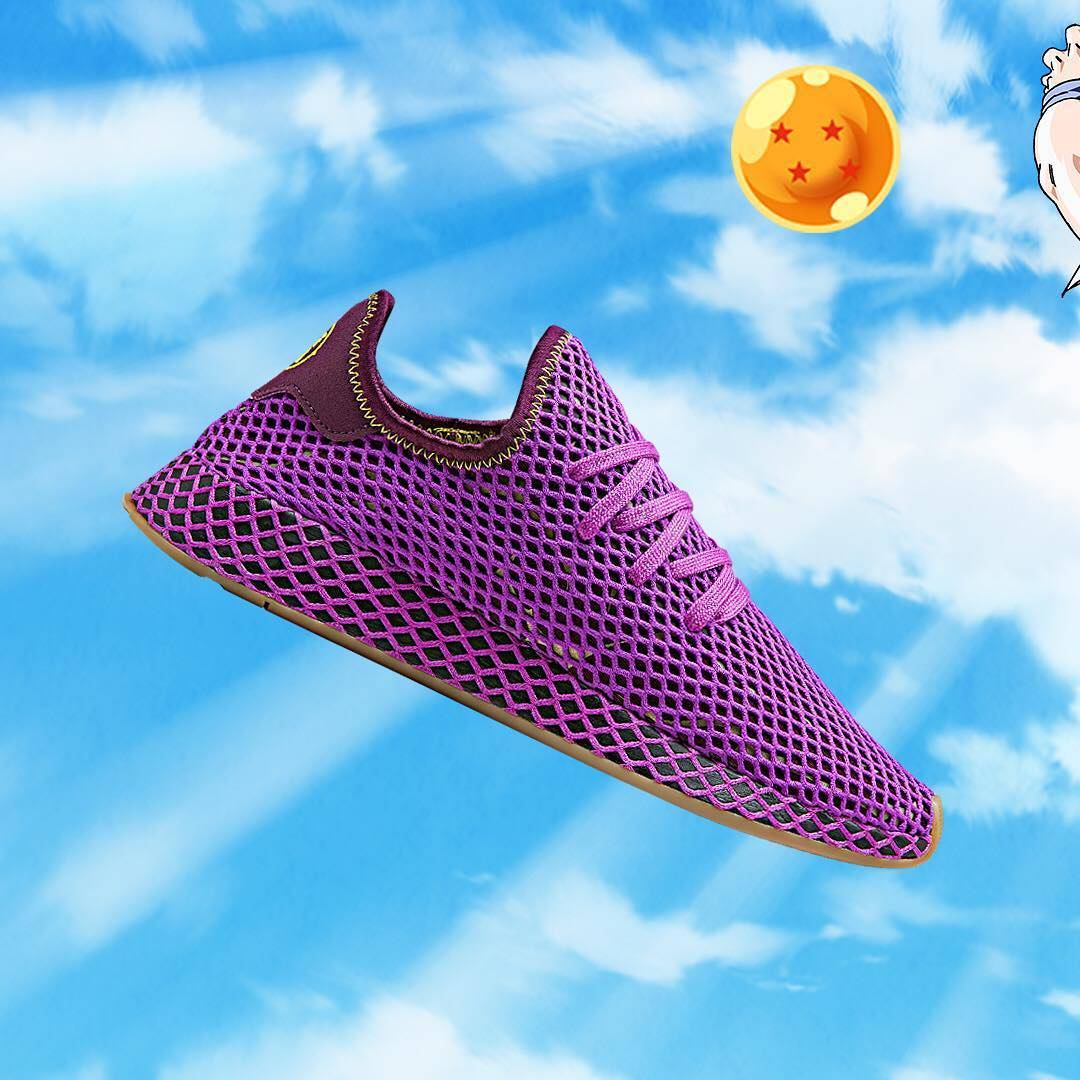 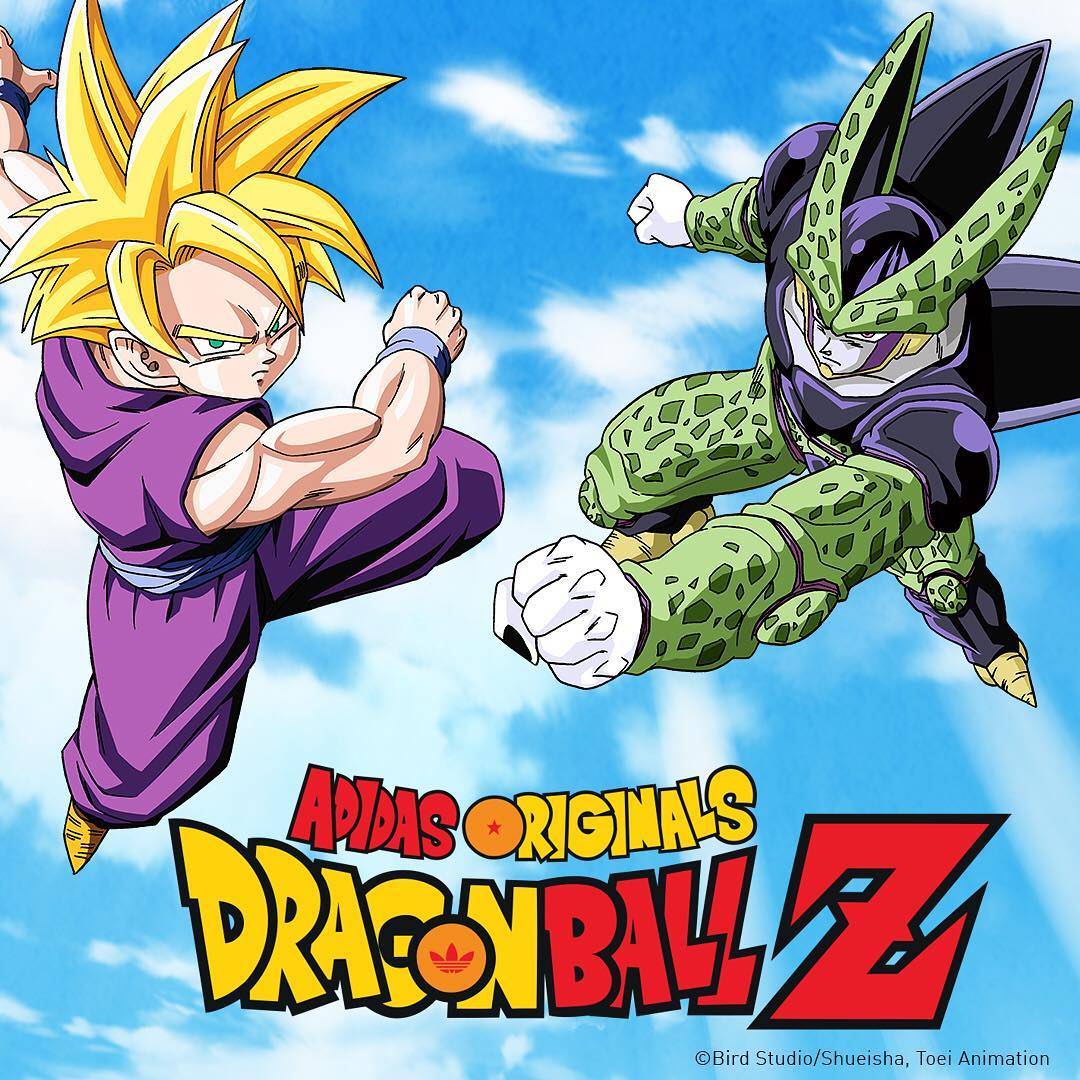 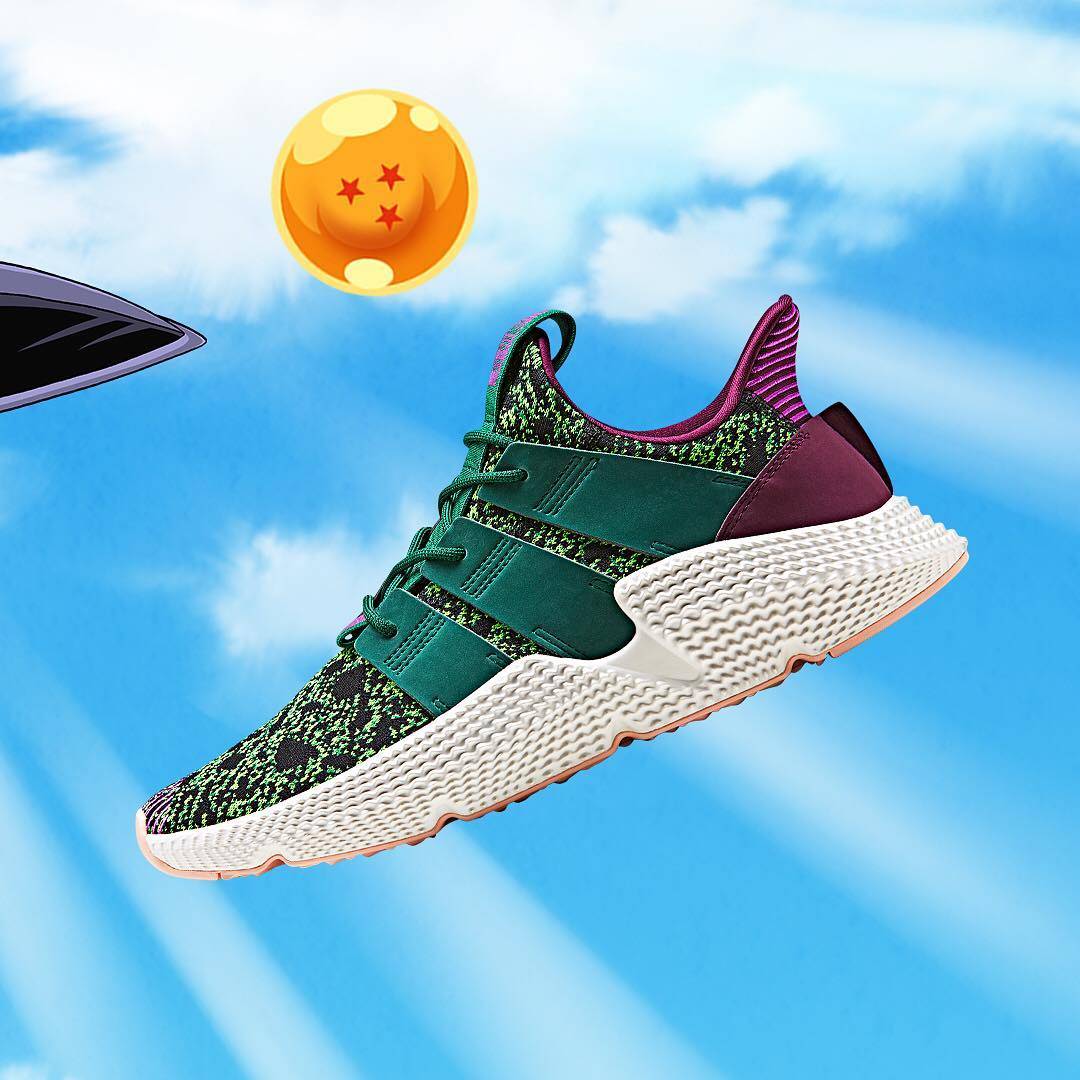 adidas Originals presents the second installment of its collaboration with iconic Japanese anime series Dragon Ball Z this week, this time using the Deerupt and Prophere silhouettes to celebrate another iconic showdown from the franchise’s history – Gohan vs. Cell.

Known as the true finale to the Cell saga in the Dragon Ball Z canon, Gohan and Cell’s battle spanned over 11 episodes in the television series and culminated in Gohan’s long-hinted hidden power when he became the first to achieve Super Saiyan 2 form. Each of the two shoes in the release channels the distinctive identity of these two characters in a tribute to this renowned saga.

First up, the Deerupt silhouette is presented in a tonal purple colorway in reference to Gohan’s distinctive battle suit, while reflective flash graphics on the base material beneath the Deerupt’s webbing mesh overlay pay homage to the fighter’s transformation into Super Saiyan 2 form.

Finishing touches include a heel patch logo which pays homage to Gohan’s mentor, Picollo, while Kanji detailing on the heel webbing denotes Gohan’s own name. A Dragon Ball can be found hidden beneath the heel patch, while collaborative adidas x Dragon Ball Z logos can be found on the sockliner.

Next up, the Deerupt model pays tribute to Gohan’s nemesis, Cell, assuming the distinctive green colorway of his exoskeleton, contrasted with his purple wings. A hidden Dragon Ball can be found on the tongue, whilst Cell’s name can be found printed on the tongue’s reverse. Collaborative adidas x Dragon Ball Z sockliners complete the picture, creating the perfect tribute to one of the Dragon Ball franchise’s most infamous villains.