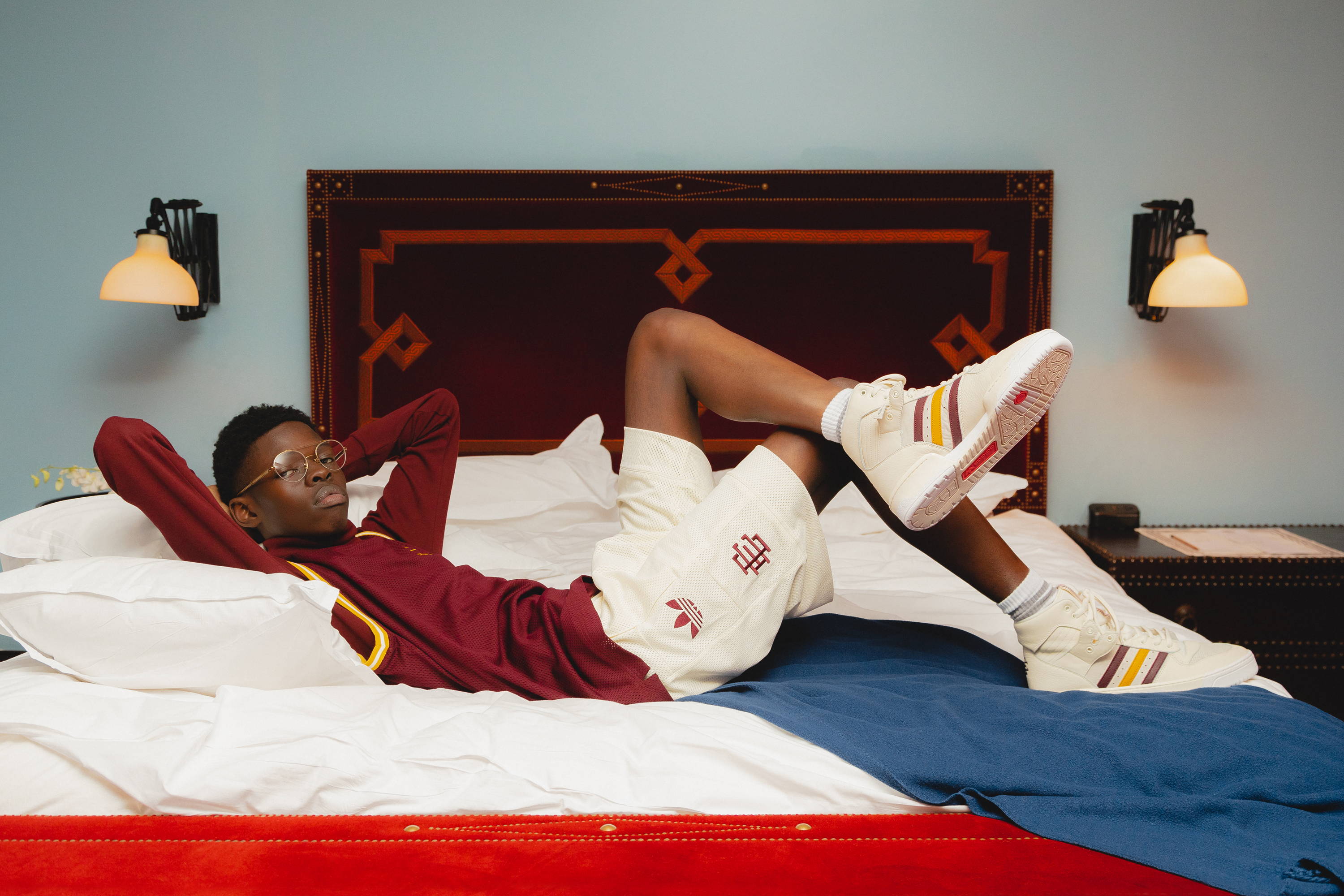 Eric Emanuel’s first foray into fashion was intrinsically tied to the sports world, and the teams, uniforms and logos that have become such a big part of popular culture. Creating custom versions of iconic jerseys, Emanuel quickly garnered the attention of celebrity clients and style influencers alike. This first collaboration with adidas sees the New York designer delving into the Originals archive, drawing on some of the most iconic adidas designs in b-ball history. As someone interested in the culture that surrounds sports as much as the sports themselves, Emanuel draws in particular on the early 2000s when basketball and street culture came together to thrilling effect.

Working with a majestic color palette of vibrant golds, deep reds and soft whites, the capsule collection features two distinct footwear styles and a fashion-forward take on court-side clothing. For the footwear, Emanuel concentrated on an iconic, contemporary update of Kobe Bryant’s KB8 from the late nineties, known as the Crazy. This version features full leather uppers and BOOST technology on the midsole, its maroon colorway given extra flair thanks to shocking pink accents. The second shoe is a reworking of a timeless 80s classic, the Rivalry Hi. Full grain leathers sit alongside perforated nubuck on the uppers, the luxurious materials are highlighted by the understated cream colorway and flashes of gold and pink.

The apparel pieces mirror the colors of the footwear to evoke the uniformity of the most iconic basketball team outfits, recast for the streets. A maroon and gold jersey, alongside loose-fitting shorts, are the most obvious nod to the courts, each featuring co-branded logo placement. The Tearaway Pants are a sophisticated update of the classic snap off basketball pants, presented here in an eye-catching maroon and cream striped pattern. Slightly more understated are the Shooting Tee and Warm Up Track Top, which feature contrasting three-stripe designs on the sleeves. As with the capsule as a whole, their luxurious execution captures the qualities that turn sportswear items into style staples of the street. 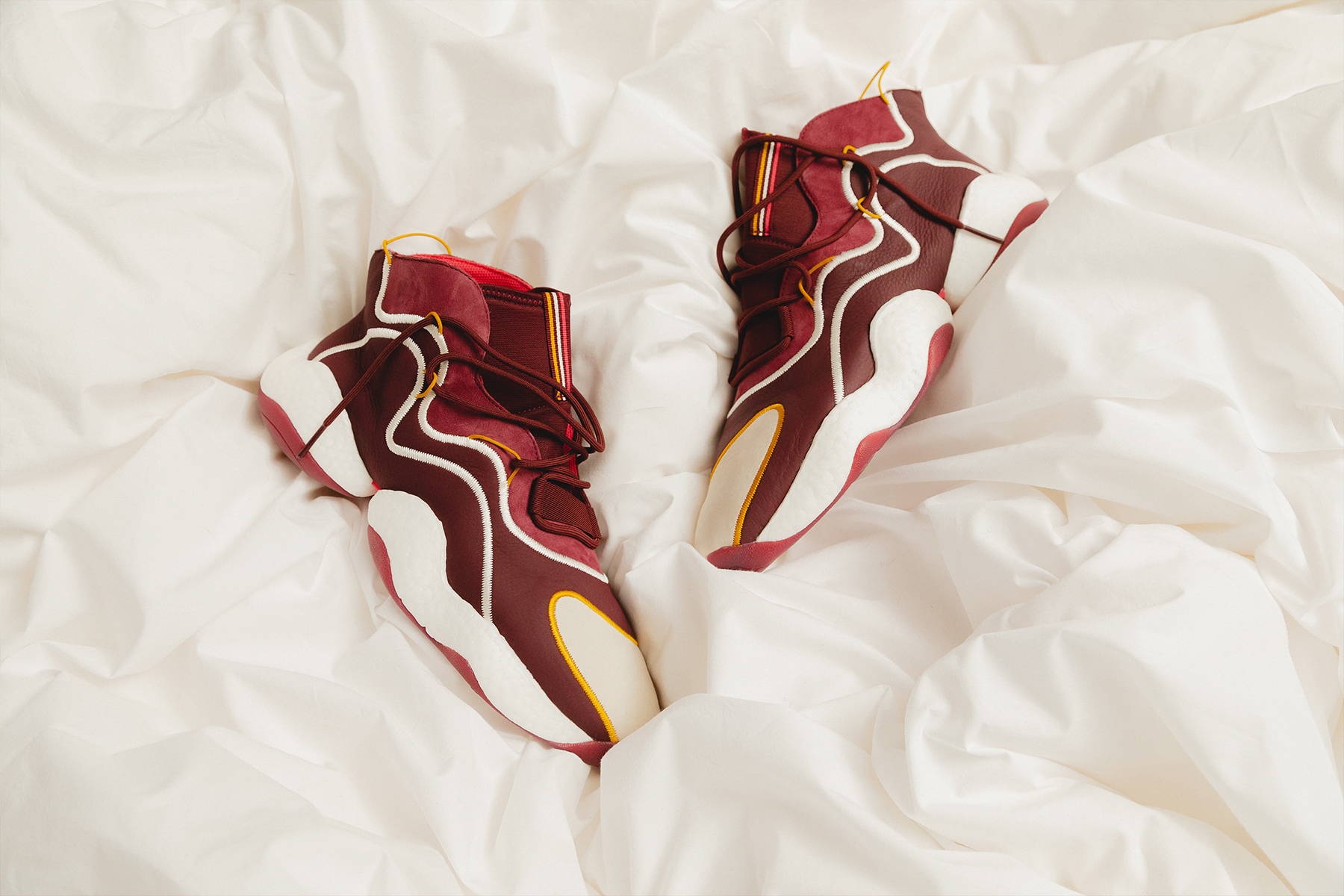 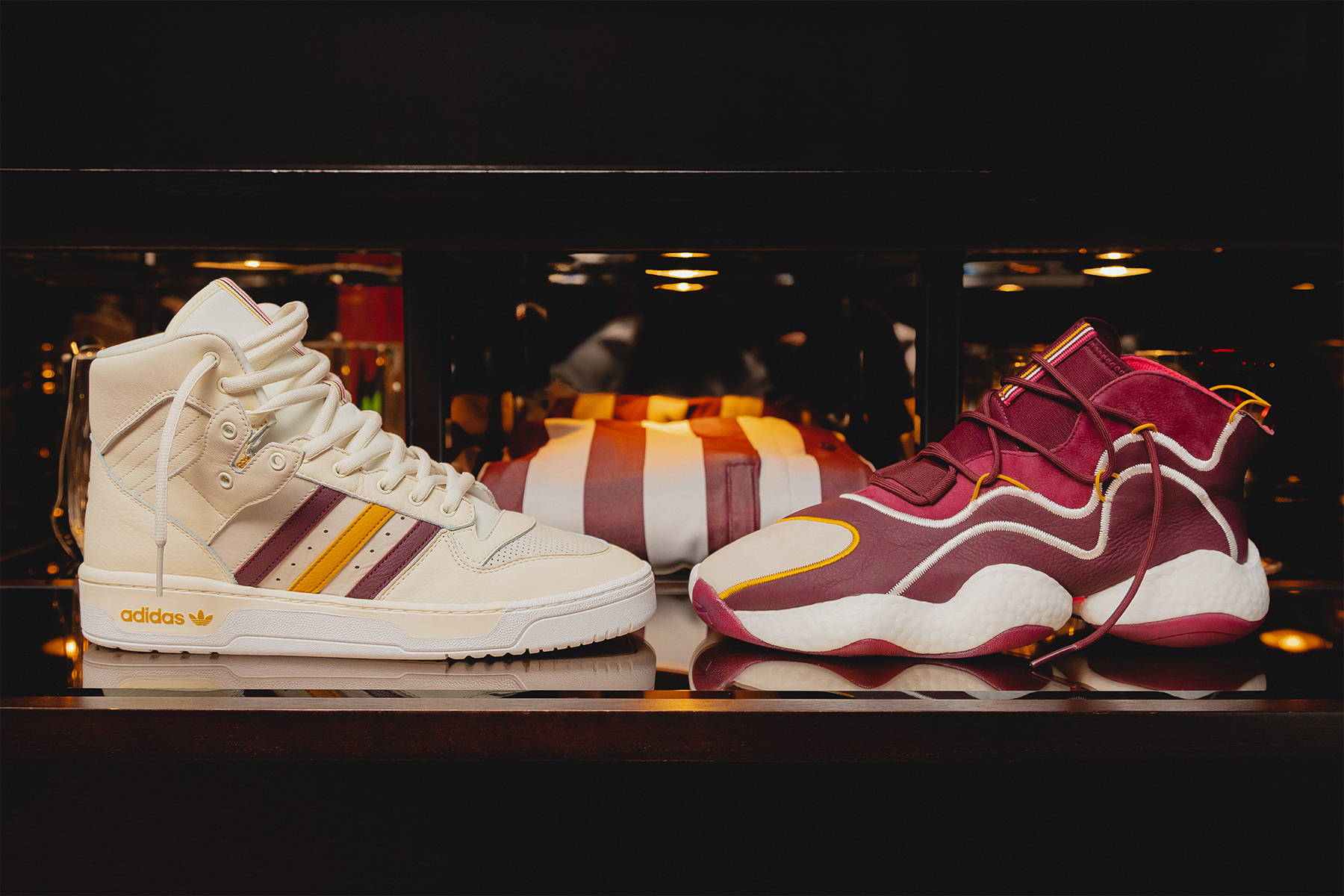