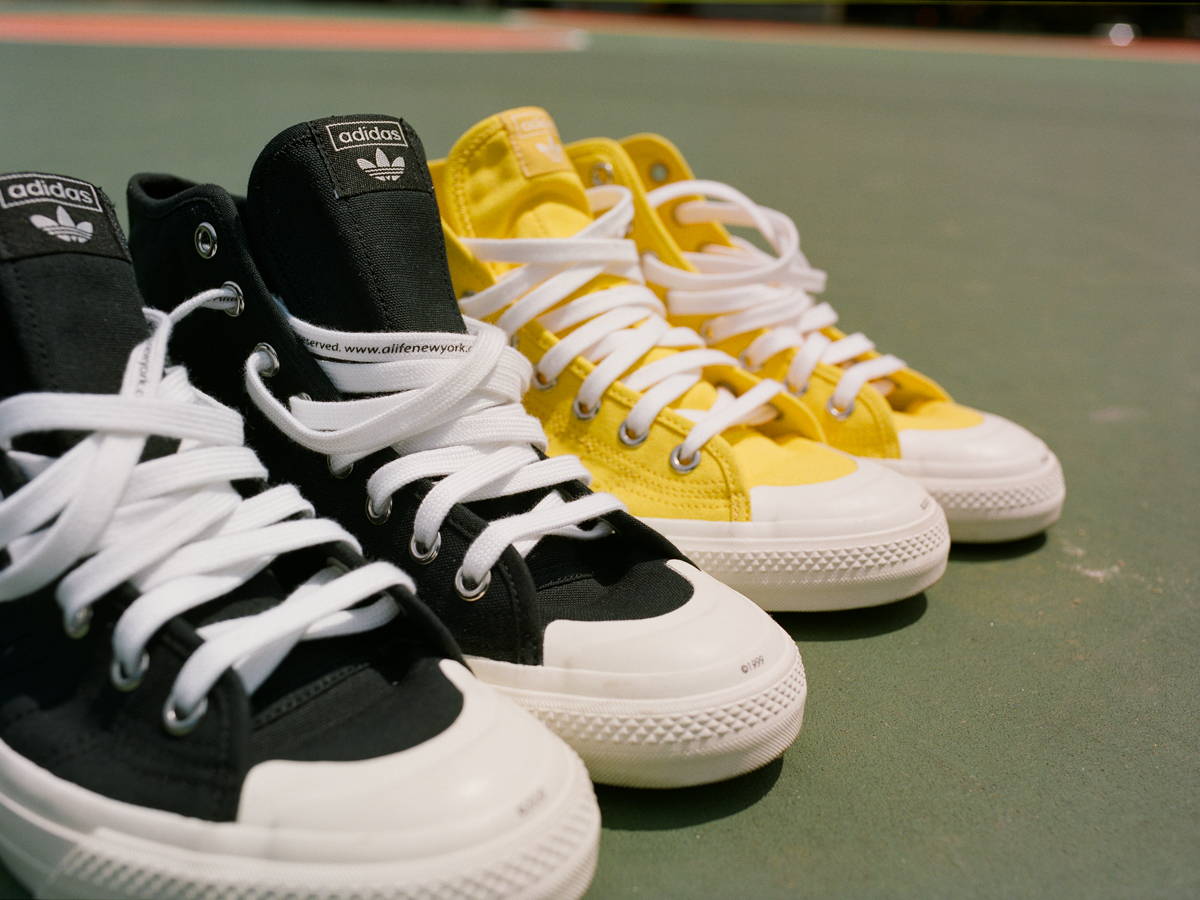 As a follow-up on the success of their SS19 collaboration, adidas & ALIFE return with the NIZZA Hi in two colorways.
adidas Originals teams up with New York City institution ALIFE, whose evolving creativity has been central to Global streetwear since 1999.
Originally released in 1975, the vulcanized canvas shoe is a lasting icon from a time when sporting footwear – and indeed often the sports themselves – were approached in more stripped back, ‘let’s get to it’ fashion.
Today, the Nizza Hi is lauded for its minimalist, versatile aesthetic and Alife bring their own character to the shoe while maintaining the qualities that have made the shoe endure for so many years.
This season sees the ALIFE Nizza updated in two new colourways, yellow and black, with the same ALIFE logo detail. 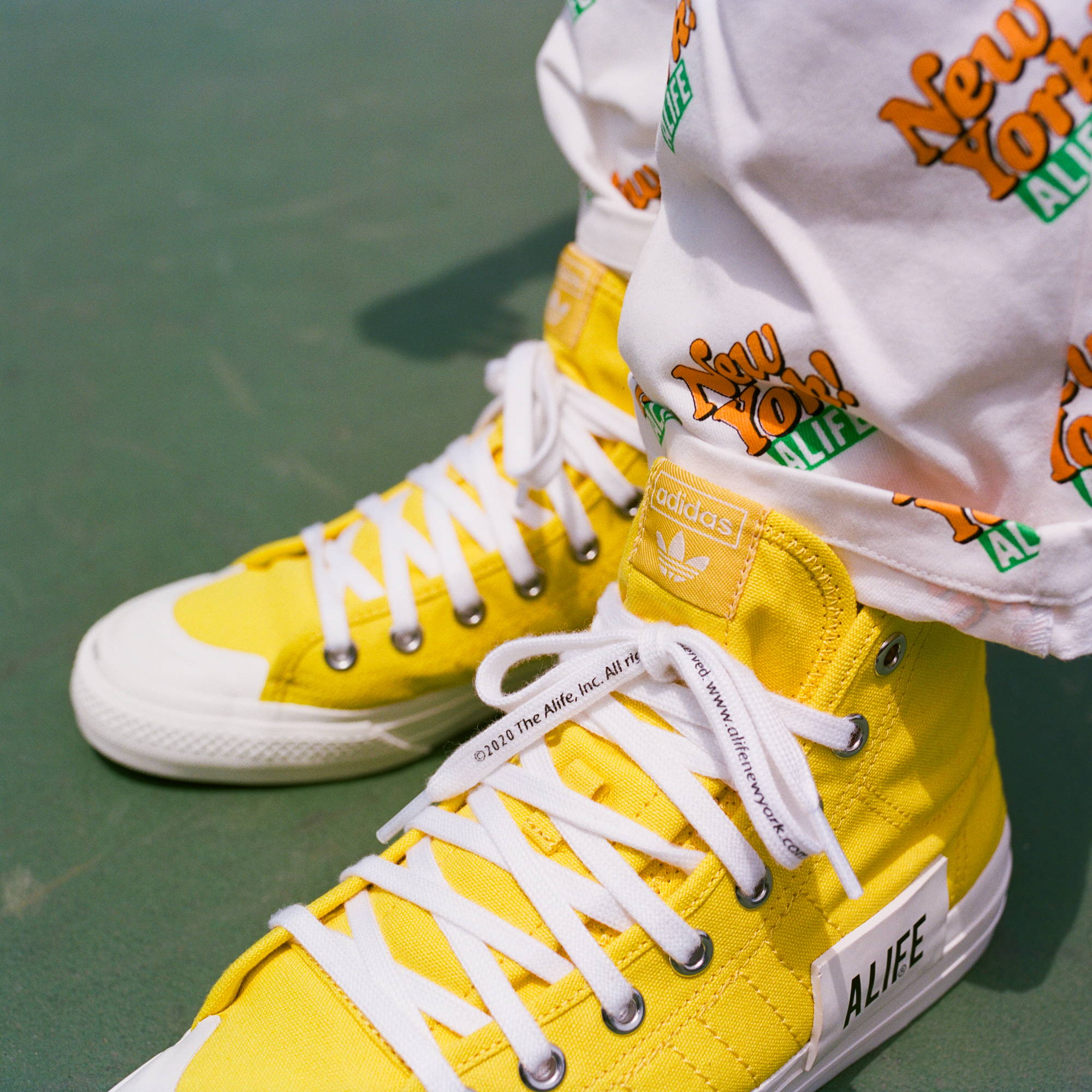 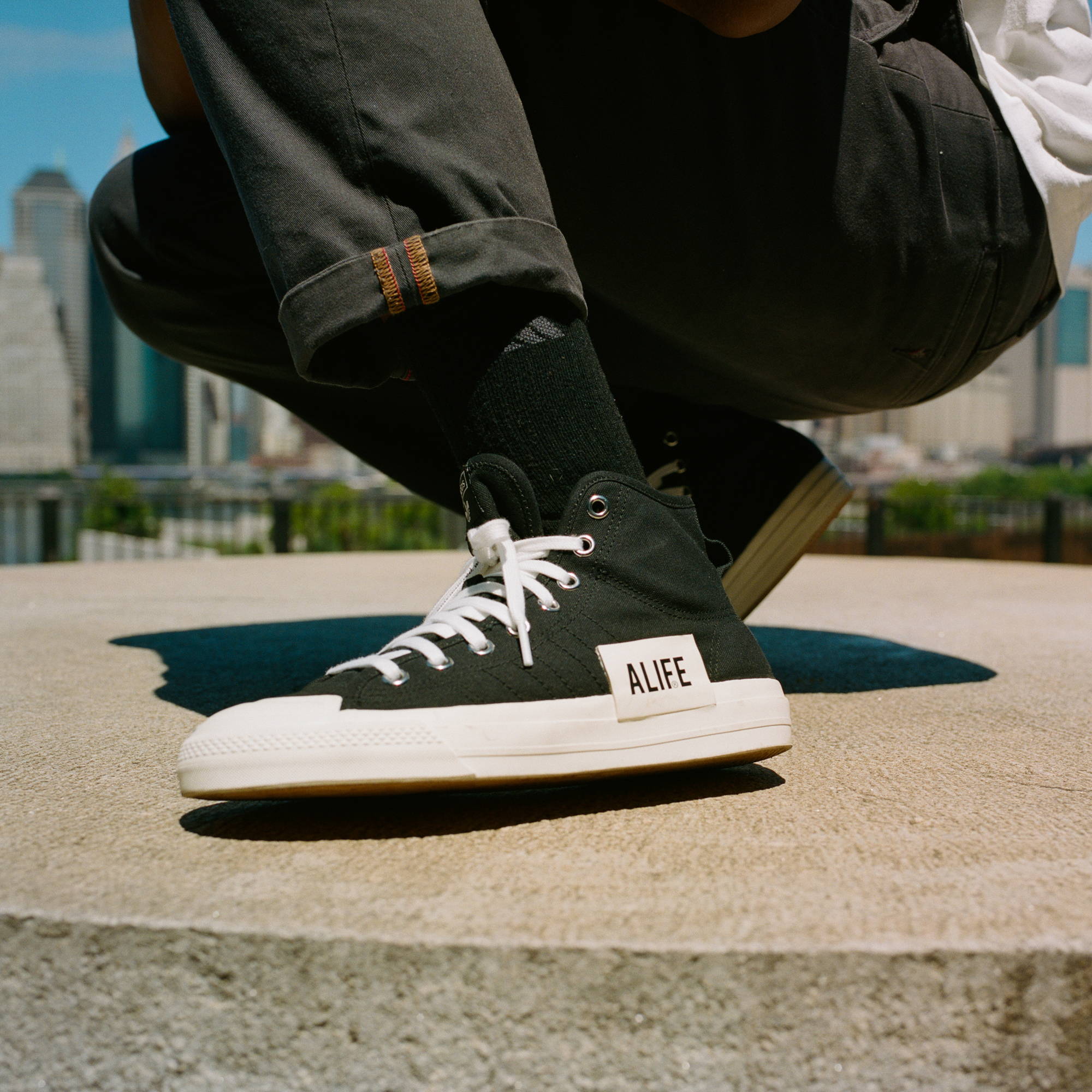 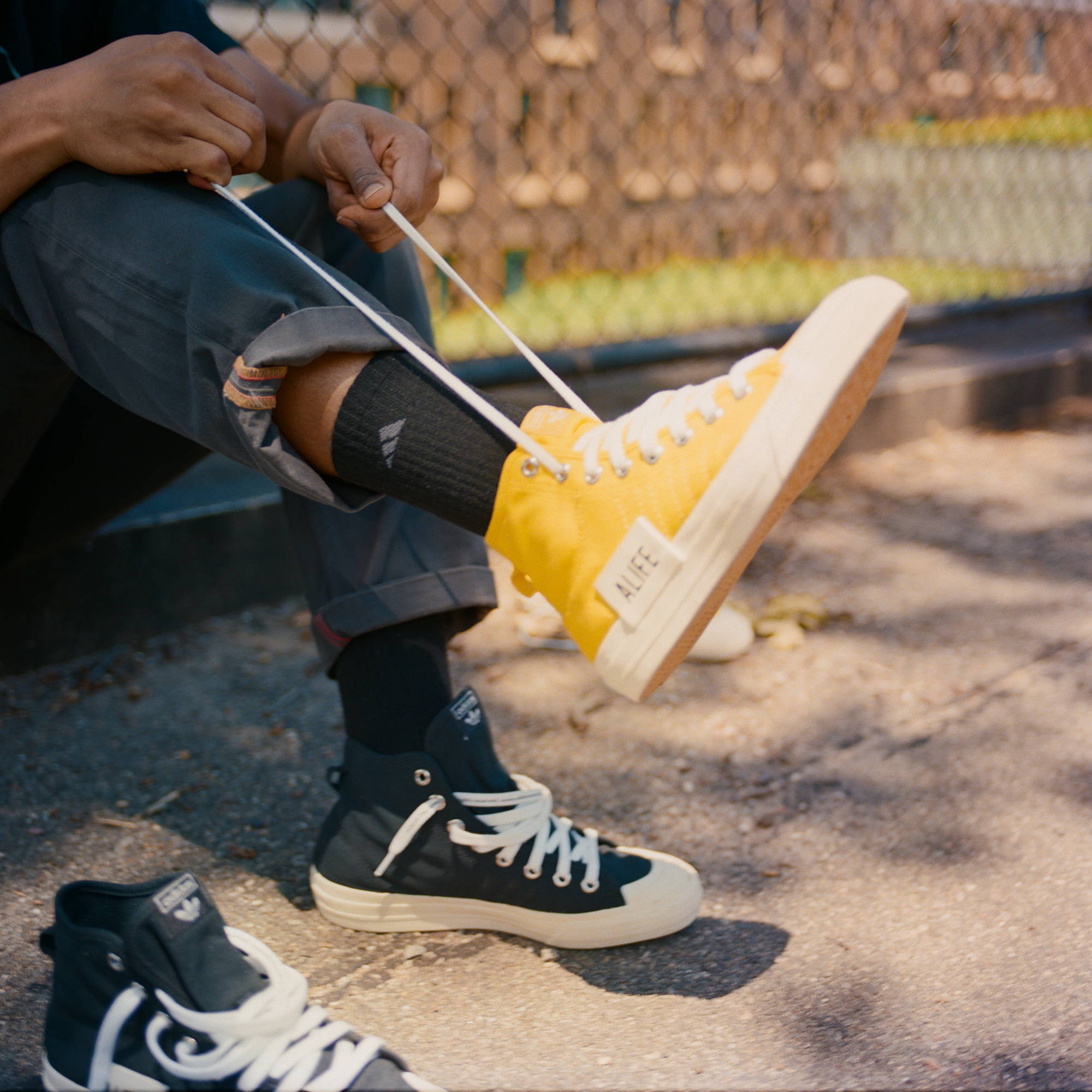