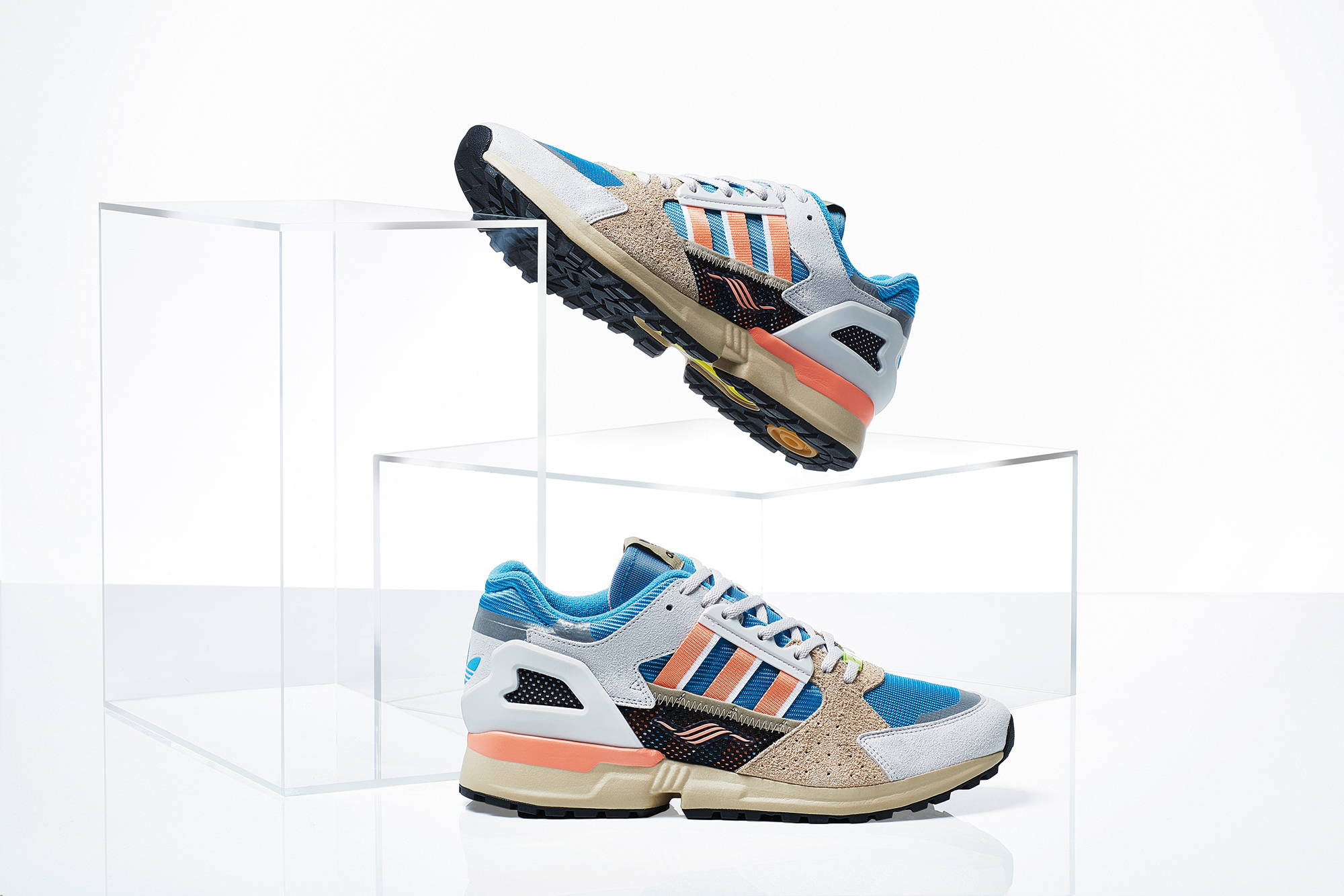 While this latest release diverges from the usual adidas Consortium way of working, in that it was created in-house by adidas, the final outcome was only made possible – and elevated to such great heights – due to the input of former adidas Director of Footwear Creation, Jacques Chassaing. Jacques was the designer responsible for one of the most iconic adidas lines of all time - the ZX running shoe series – which utilized an equally enduring technology also designed by Jacques, the adidas Torsion system. The sleek craftsmanship of the ZX range – which originally ran between 1984 and 1989 and was later in 1991 replaced by the equally as iconic Equipment range – ZX embodied adidas’ commitment to high-performance functionality, with the Torsion system playing a key role. By using a TPU arch to bridge the heel and forefoot it allows the front and rear of the foot to operate and adapt to surfaces independently, offering high degrees of support and stability.

The ZX 10000C is the long awaited answer to many collectors question ‘what happened after ZX 9000?’ The ZX 10000 C retains the Torsion system that remains a proud part of adidas’ performance capabilities to this day, in a shoe that at first glance reads like a never before seen model from the original ZX archives that has only just been unearthed. Its aqua, orange and neutral coloring inspires nostalgia for a very specific era of performance footwear, utilized across a diverse blend of natural and technical fabrications that include mesh underlays, webbed Three Stripes, premium suede overlays and reinforced TPU on the ghilly and heel. 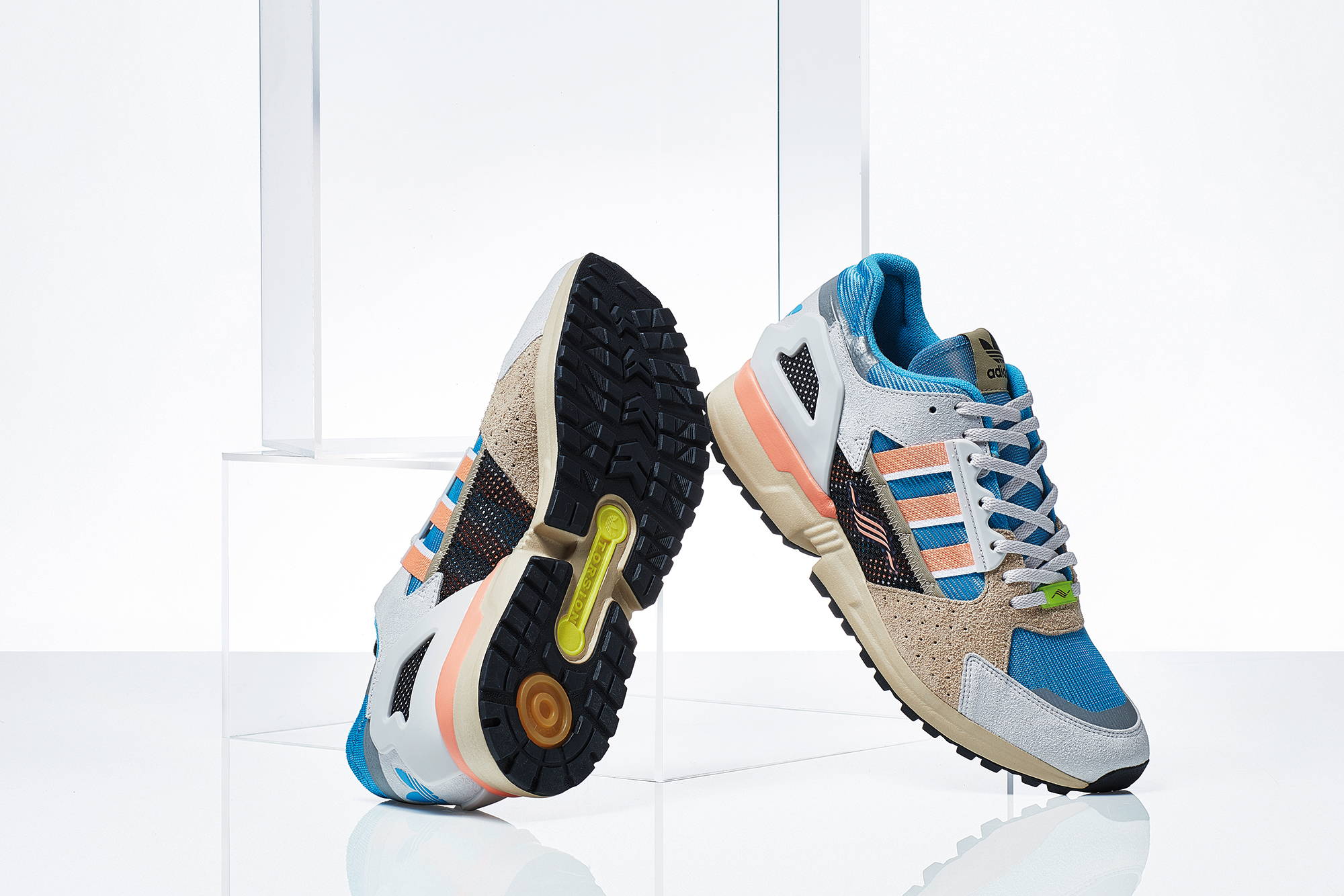 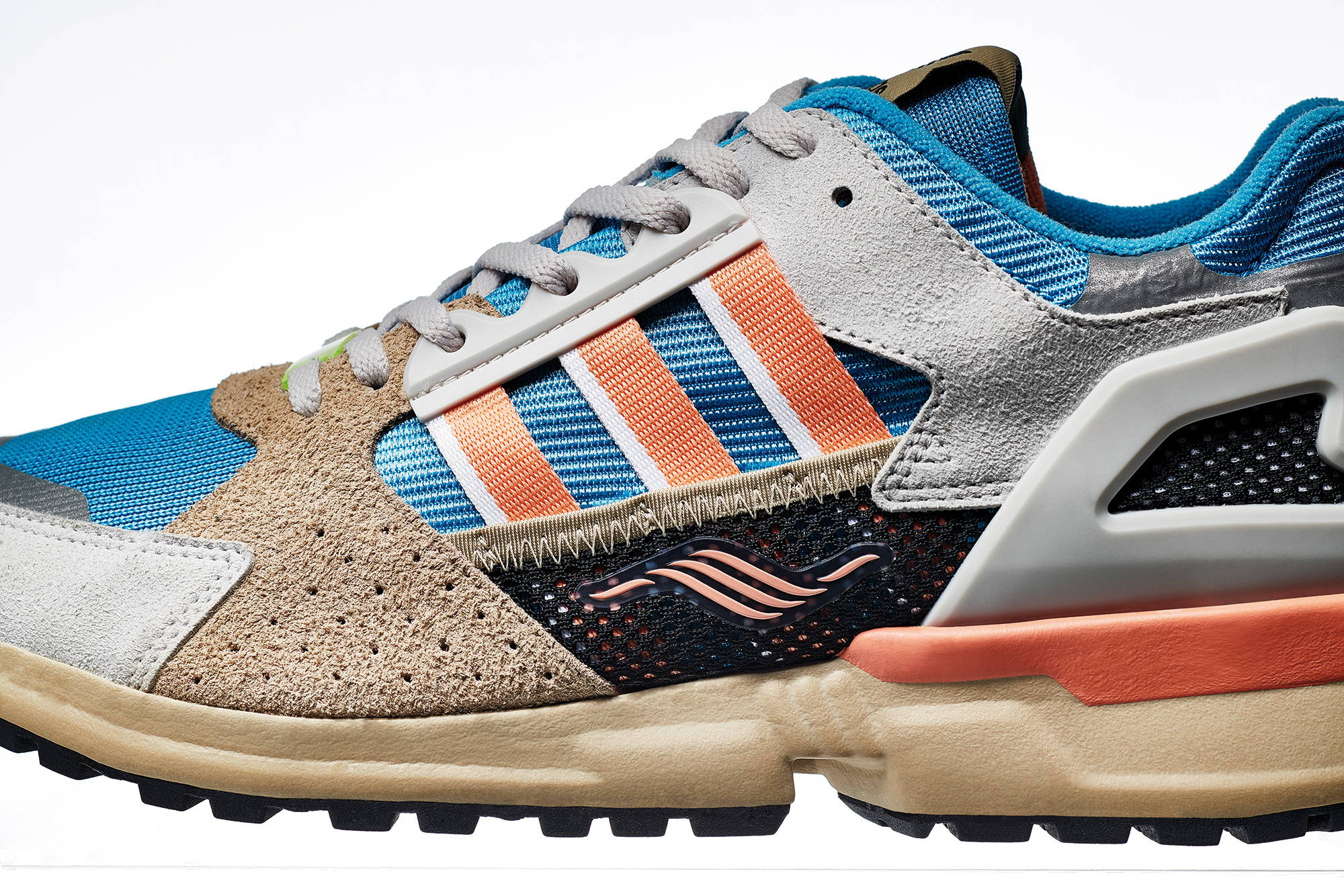