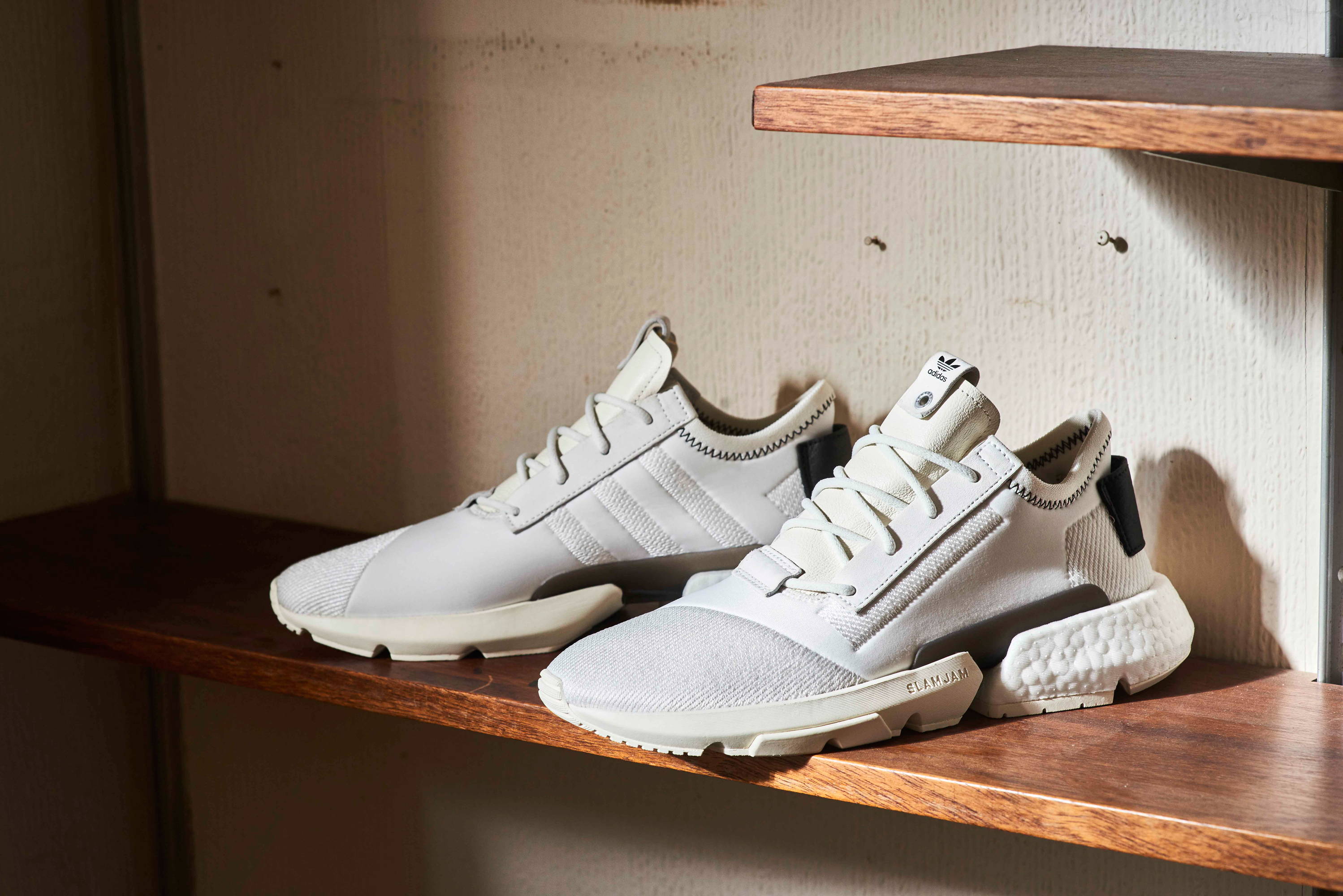 It’s hard to overstate the influence of SLAM JAM on European urban culture. Founded by Luca Benini in Ferrara, north Italy, three decades ago, it has distributed some of the most iconic brands of that time period all over the world. SLAM JAM’s keen curatorial eye, rooted in a deep understanding of sub-cultures, introduced the cross-pollination of streetwear and ‘high’ fashion long before such a thing entered the mainstream. This approach carried over into the SLAM JAM retail operations, which, across its various locations, helped pioneer the ‘concept’ store. The website, SLAM JAM Socialism, brings their unique, enduring sensibility to a wider audience still, while their highly sought-after collaborations with a diverse range of brands further cements the role they play in ‘the culture’.

The latest SLAM JAM collaboration sees them joining forces with the adidas Consortium team on two exclusive new footwear styles. Together, the two pairs – one drawn from adidas’ rich heritage, the other from the cutting-edge of the sportswear brand’s developments – allude to the staying power of SLAM JAM.

First up is a new take on the ever-iconic 80s Superstar. The SLAM JAM iteration is a masterclass in minimalism, offset by distinctive detailing. The instantly-recognizable shelltoe of the Superstar is here presented in an entirely smooth leather, while the heel panel is entirely blacked out. This refined approach is offered a subtle counterpoint by the introduction of asymmetrical, zig-zagging stitches on the shoe’s lateral.

The second style sees SLAM JAM applying a similar aesthetic approach to a very different type of shoe. The P.O.D. S3.1 is a contemporary running-inspired style that offers an evolved take on 90s style cushioning. BOOST technology is utilized on the heel where it matters most and a ‘Point of Deflection’ bridge offers the perfect midpoint between stability and flexibility for a lifestyle shoe. The SLAM JAM version is presented in an understated colorway of whites and creams, rendered across uppers that move between snug neoprene and soft leather. Contrast materials and colors on the heel tab, lacing and exposed tongue add the perfect amount of subtle finesse to a shoe designed to endure as long as SLAM JAM’s own legacy. 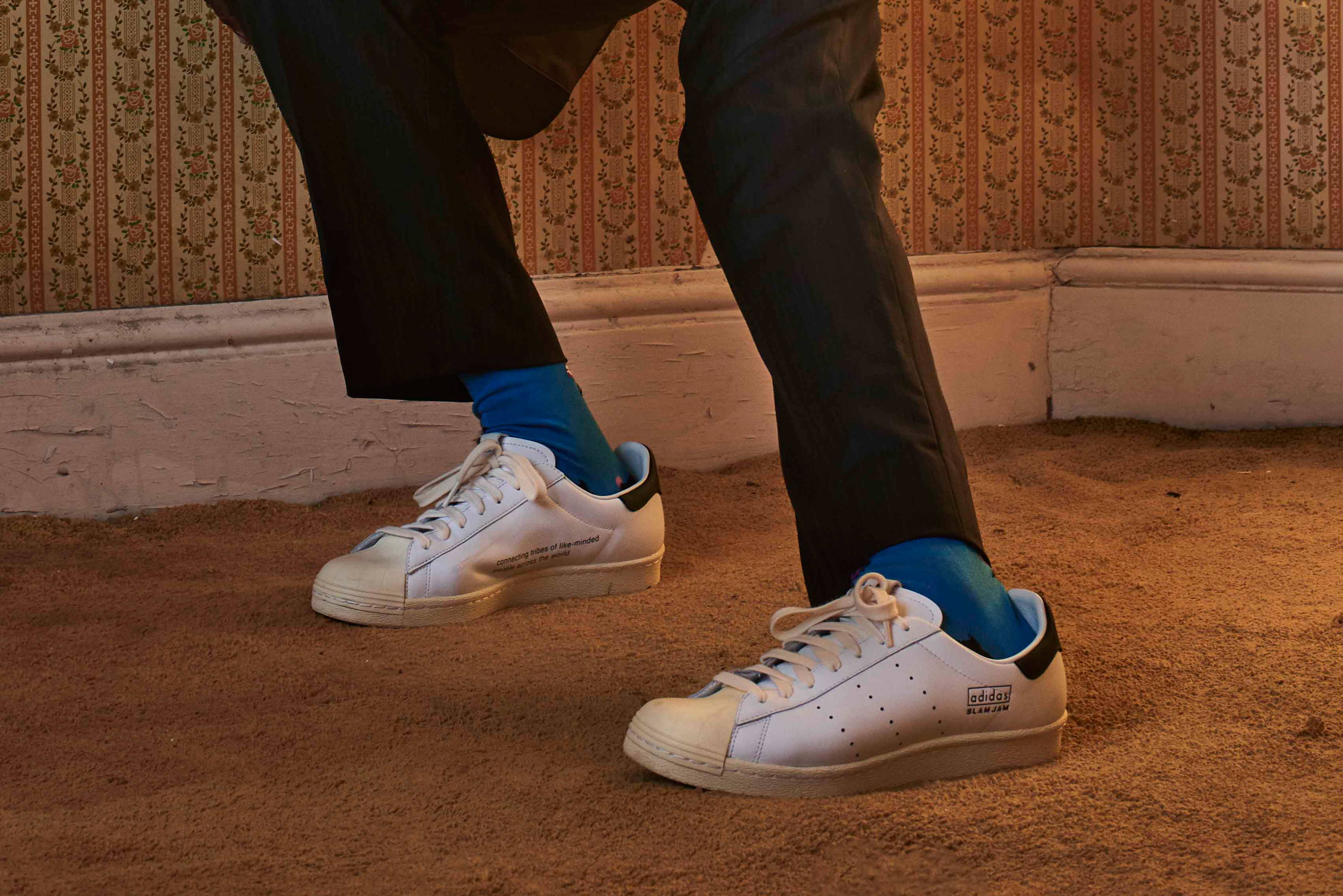 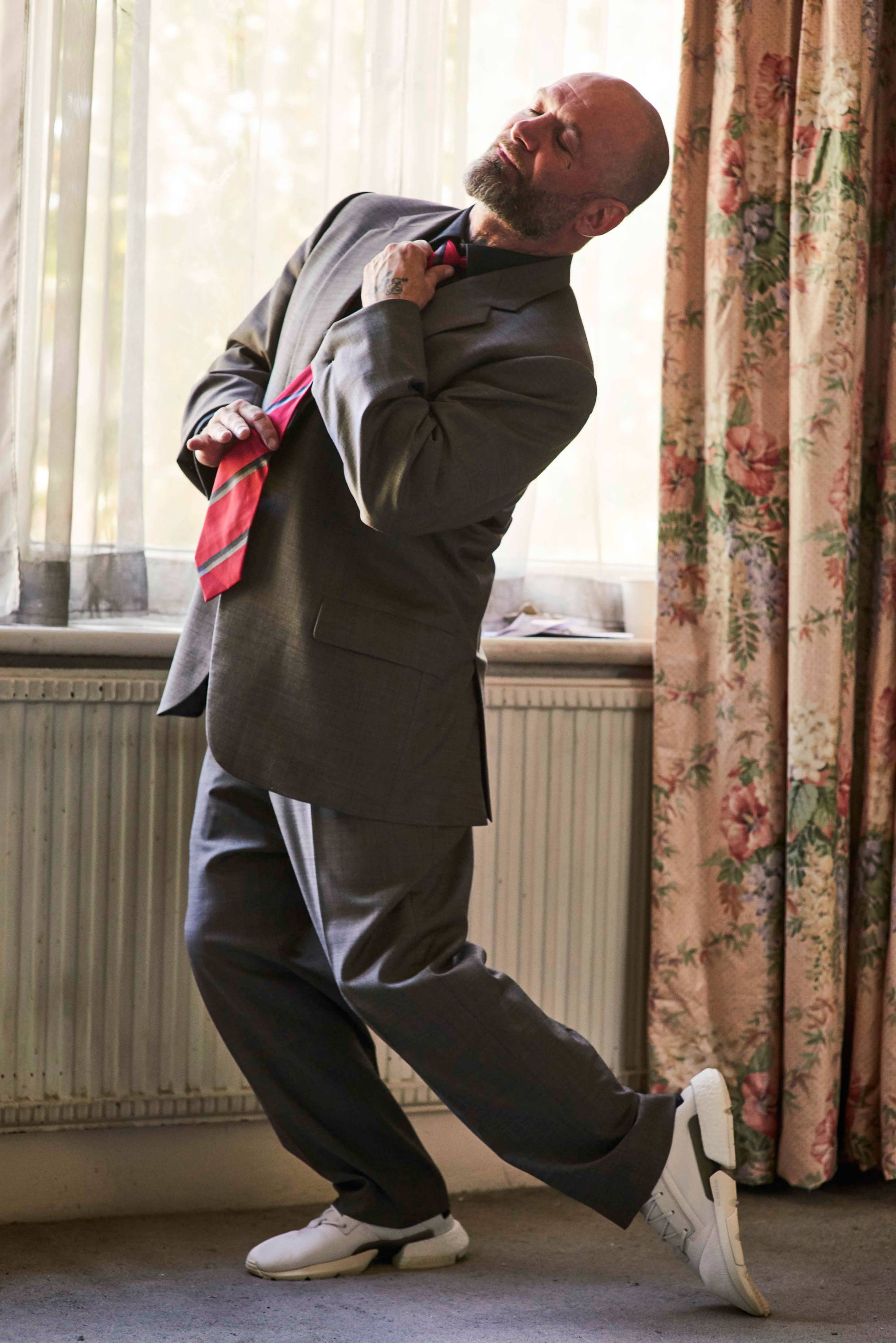 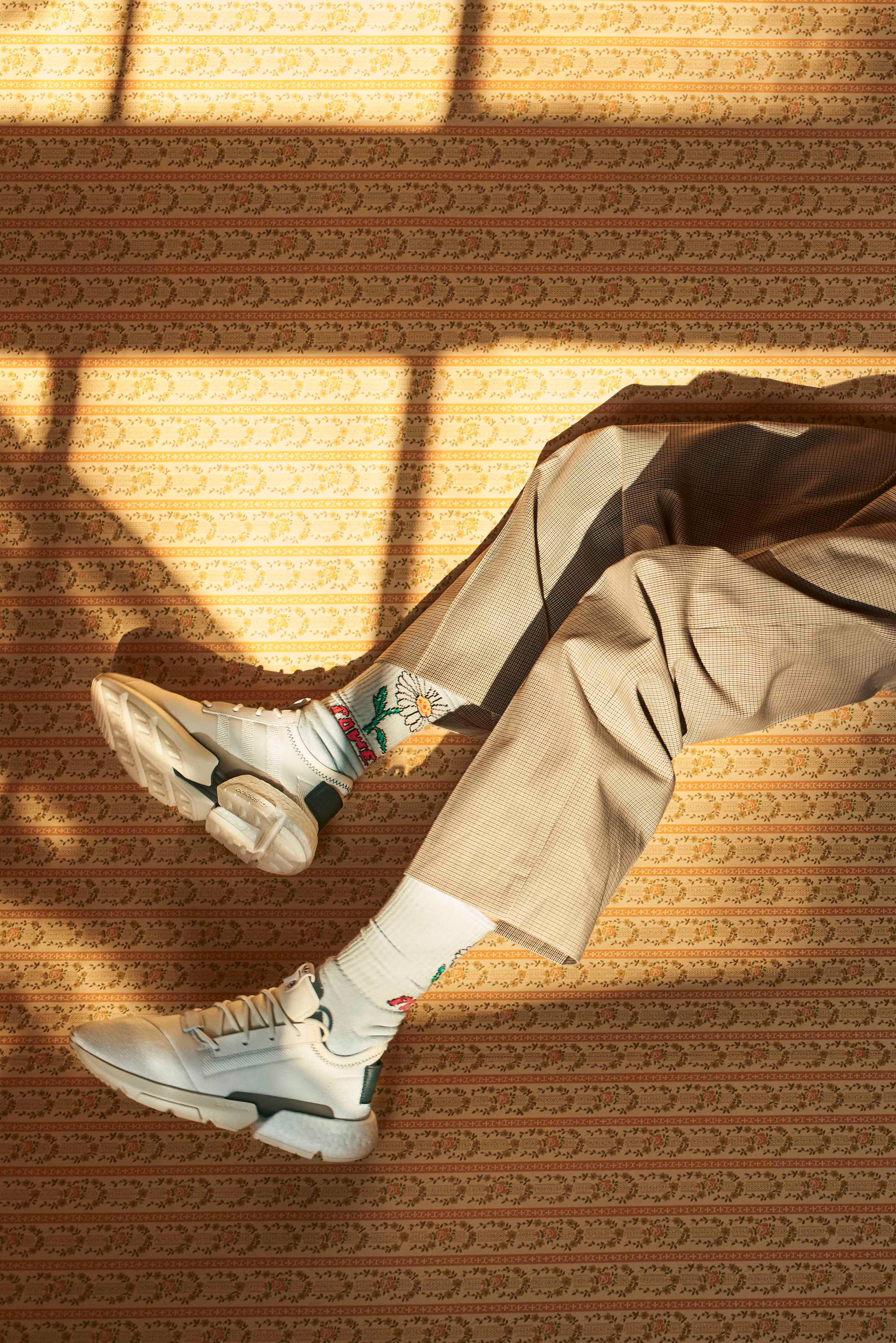