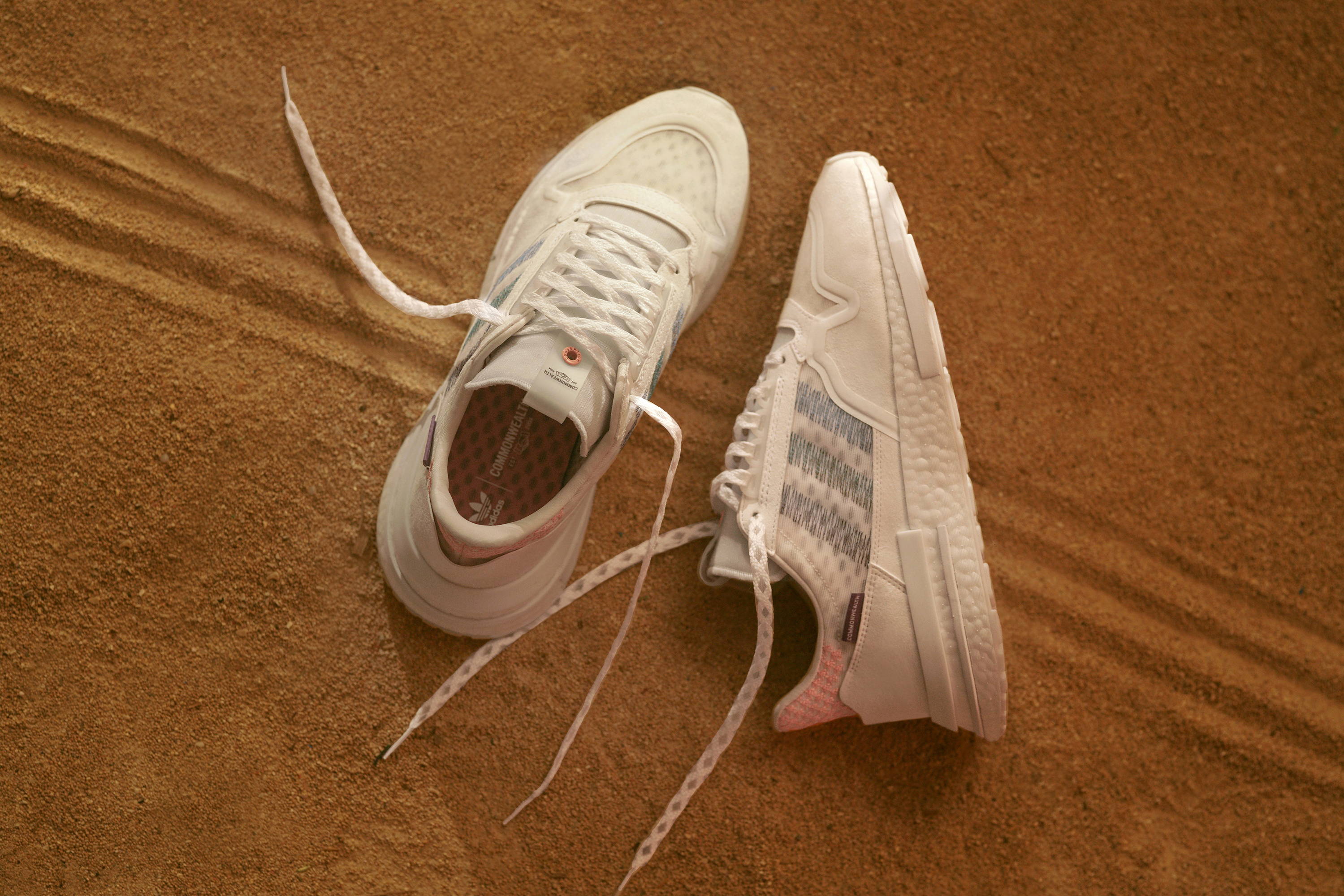 This season, adidas Originals has teamed up with lifestyle boutique Commonwealth on a collaborative edition of the ZX 500 RM silhouette, taking inspiration from the coastal traditions that bond Commonwealth’s two most recently-opened locations in Los Angeles and the Philippines.

Since first opening in 2004, Commonwealth has established itself as a leading specialty boutique, becoming internationally recognized as a leading name in streetwear, style and culture. Since opening their first location in the Philippines in 2015, they have expanded into 2 further locations, becoming a true cultural hub in the country’s capital—something they pay homage to in this new collaboration.

Exploring elements of translucency and fluidity, the ZX 500 RM Commonwealth is inspired by the coastal living of Virginia Beach, Los Angeles and the Philippines. The shoe is constructed from a synthetic suede with translucent monofilament mesh underlays and TPU welded overlays for structure, with embroidered 3-stripe marks and heel details in soft, aquatic colors.

This is then placed atop a BOOST™ midsole for optimum cushioning, finished off with a durable rubber outsole, while light touches such as a co-branded insole, Consortium tongue label and Commonwealth woven label on the lateral ankle complete the picture.

Operating from 6 locations between two countries across the globe from each other, Commonwealth is underpinned by the spirit of collaboration and cultural connection that informs adidas Consortium. In this latest collaboration, both Commonwealth and Consortium place this spirit front and center against the backdrop of the ZX 500 RM silhouette, a modern interpretation of one of the 3-stripes’ most beloved models. 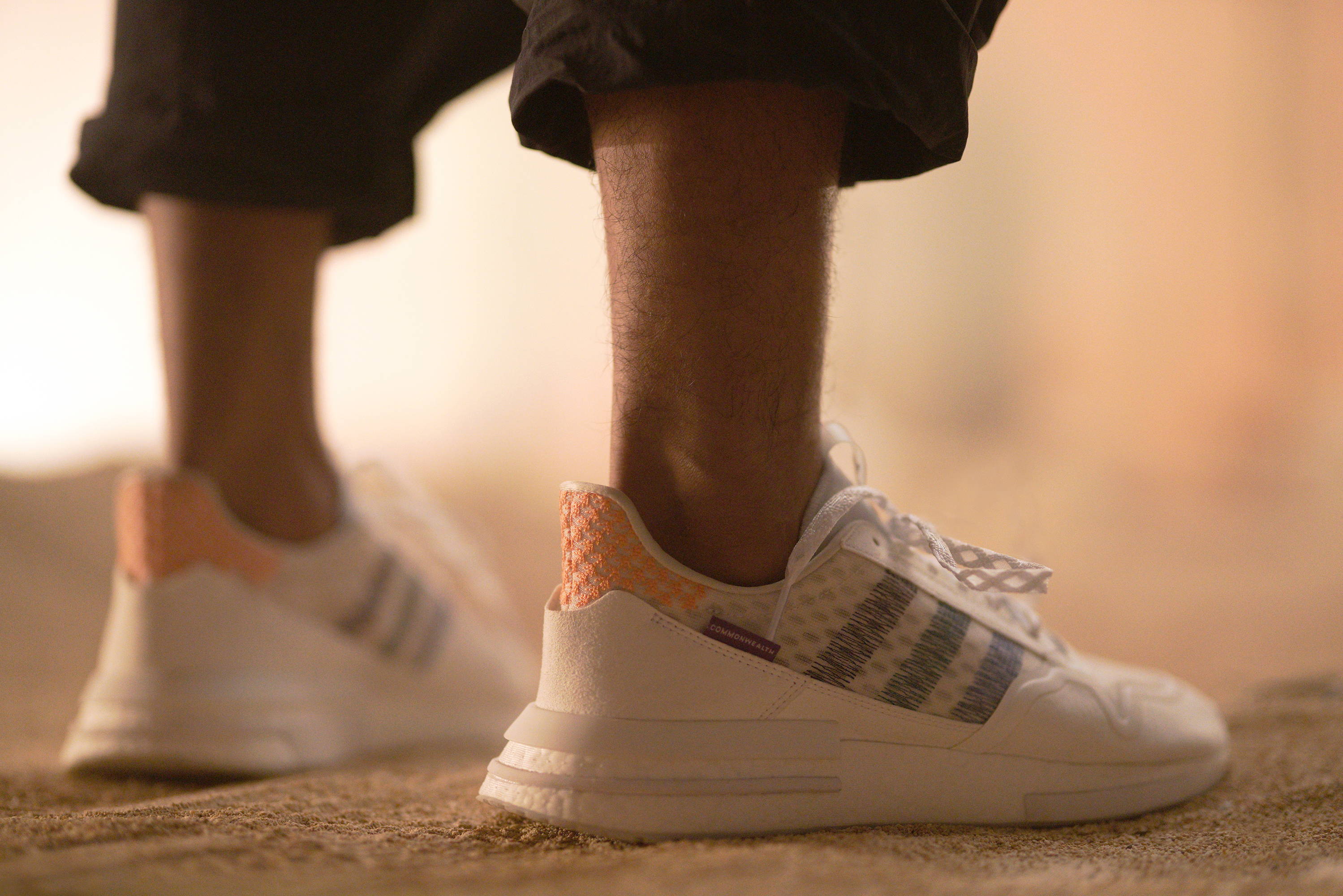 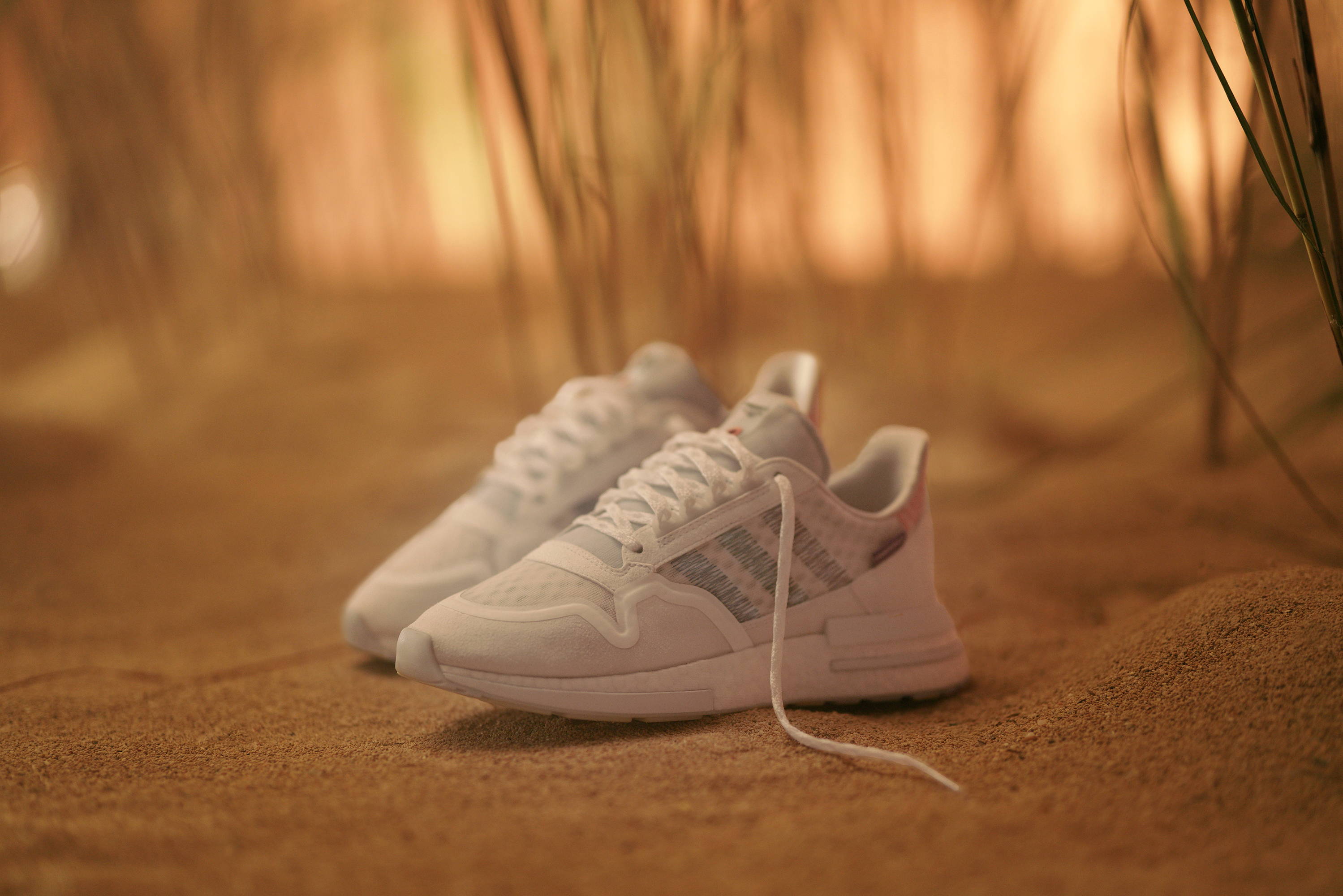