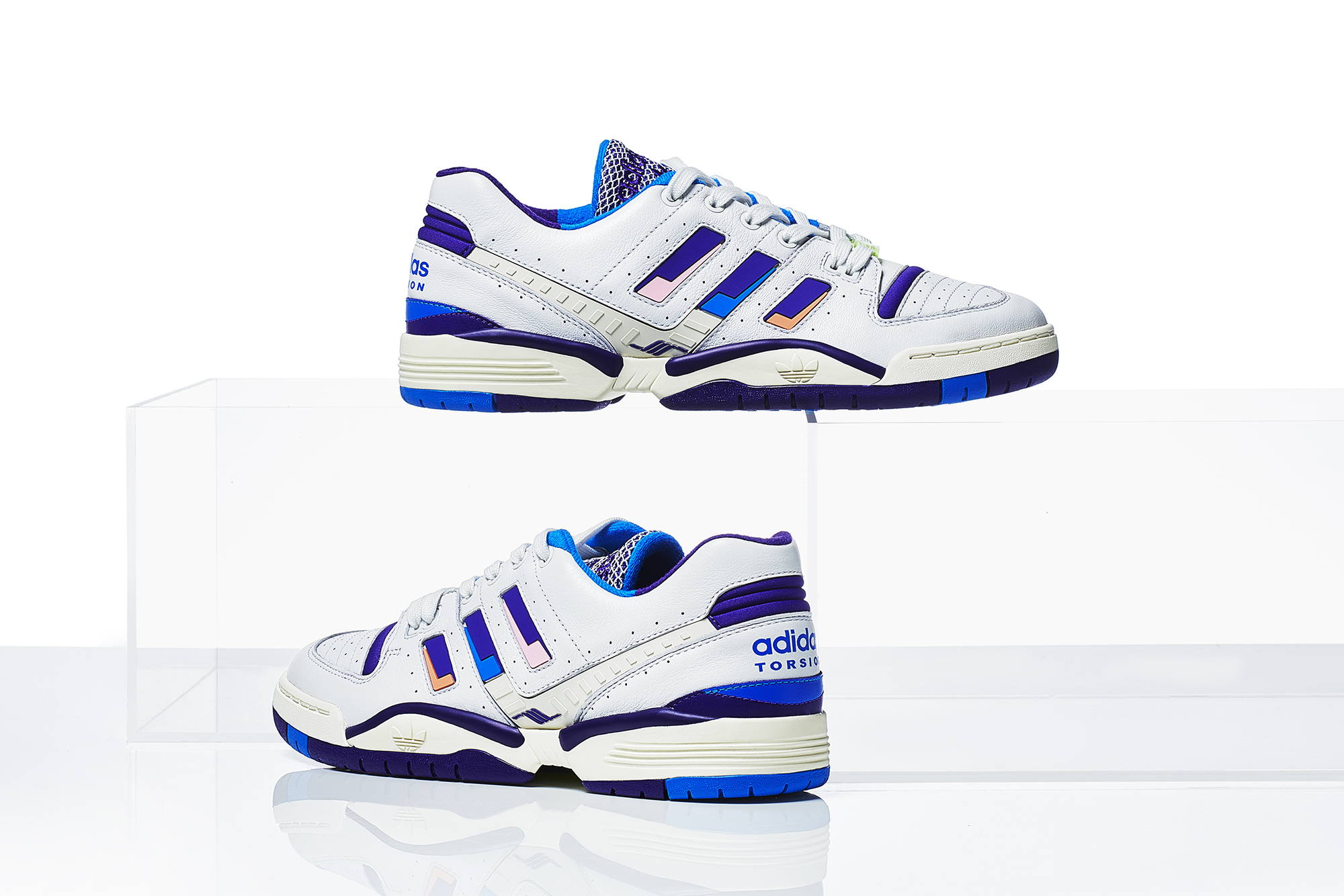 For SS19, adidas Consortium have developed a number of new releases in-house that celebrate one of adidas’ most innovative and enduring technologies: The Torsion system. First developed by Jacques Chassaing for his ZX running series, it has continued to play a part in numerous adidas models over the following three decades and appeared on the first iteration of the adidas Edberg Comp in 1990. By using a TPU arch to bridge the heel and forefoot, it allows the front and rear of the foot to operate and adapt to surfaces independently, offering high degrees of support and stability.

The original Edberg was a signature shoe for Swedish tennis ace Stefan Edberg, launched a year after his first Grand Slam win at the Australian Open in 1985. Its colorway popped in a way that few tennis shoes did at the time, and ensured it became an enduringly sought-after style for sneakerheads around the world

In 1990, the Edberg Comp was released, which channelled this same eye-catching approach to color, backed up by the functional design considerations and premium materials that are a staple of the adidas approach to craft. The lawn-ready, brilliant white leather base is elevated through splashes of typical 90’s colors: from the deep purple, pinks and peach of the three stripes, to the royal blue accenting that appears most prominently on the heel and sole. The Torsion system provides flexible stability, while every stride is cushioned by the EVA midsole. The result is a shoe that allows the wearer to move form courtside to street with all the confidence of a Grand Slam winning pro. 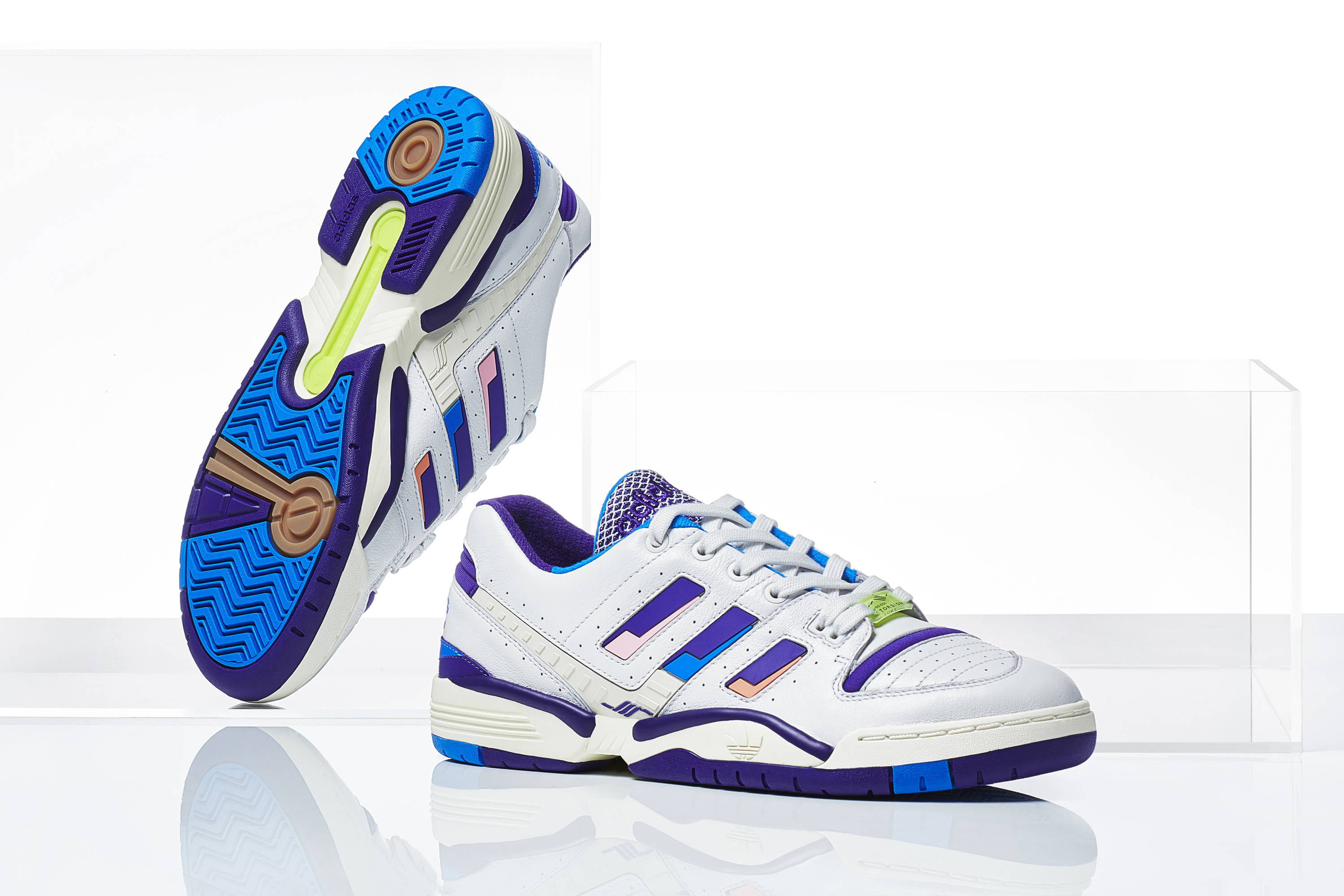 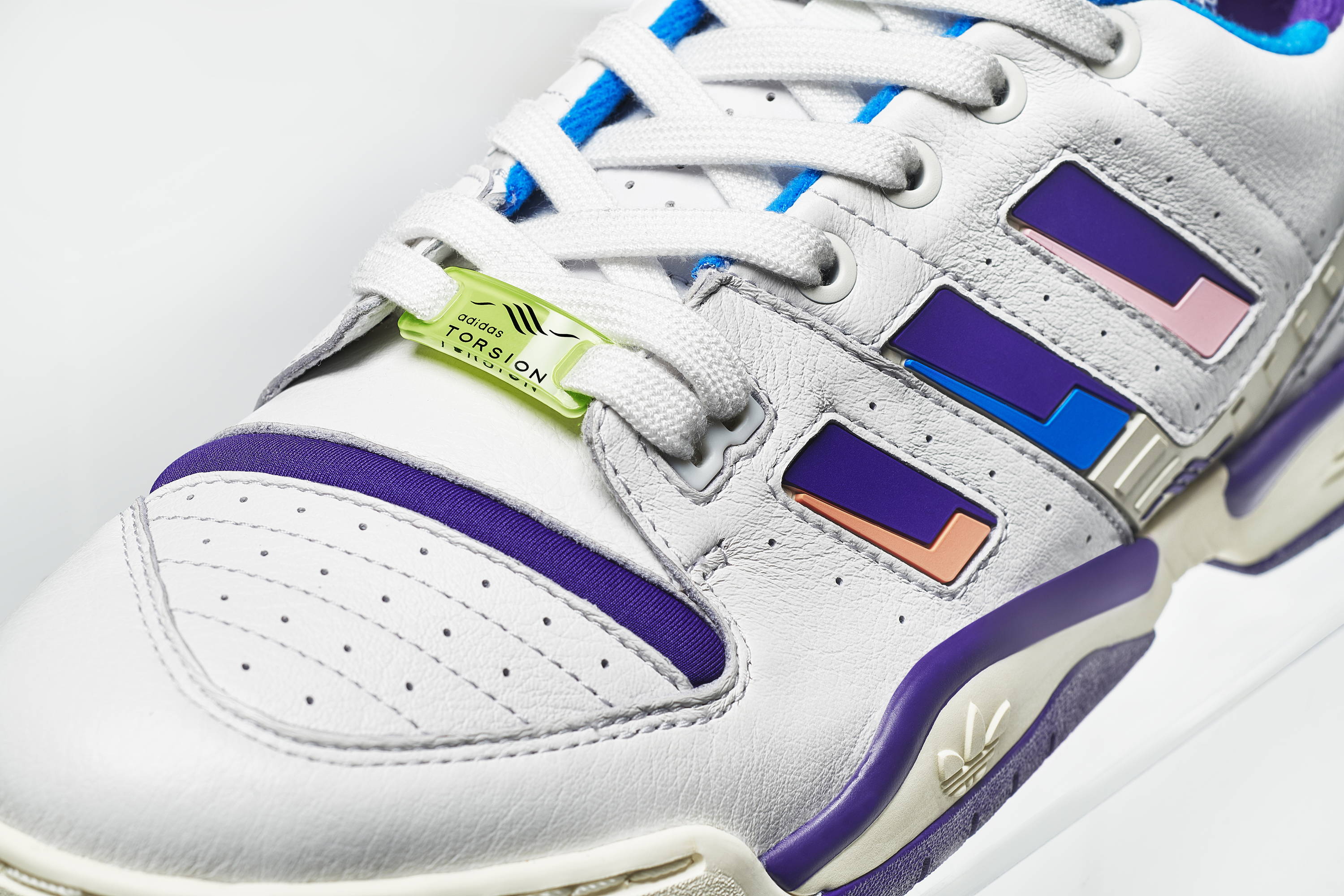