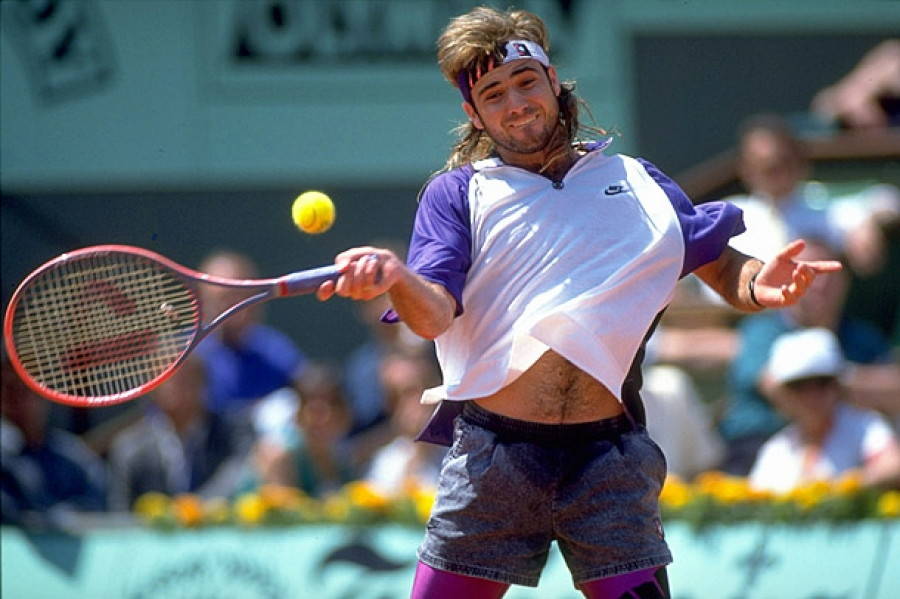 Andre Kirk Agassi was born on April 29, 1970 in Las Vegas, Nevada. Since he was a child spent his entire life on the tennis courts, thanks to a maniacal dedication of his father who, as he tells in his biography Open, chose their new home based on the size of the back, big enough to host a tennis court for the son.

Everybody knows Agassi, in the Olympus of the stars and stripes tennis players, who wrote the history of this sport. The titles he collected during his long professional career, which began in the late 1980s and ended with his retirement at the 2006 US Open, say everything about him.
Leader of the ATP ranking for 101 weeks, in his win list he boasts 8 Slam tournaments, a career gain of over 31 million dollars in prizes and more than 150 million dollars in sponsorships.

Winner of 17 ATP Masters Series titles, he is the only tennis player to have won all four Slam tournaments, the Olympic singles gold medal, the ATP World Championship tournament and the Davis Cup.
Famous was his historical rivalry with compatriot Pete Sampras, with whom he played memorable matches.
On July 9, 2011, he was introduced to the International Tennis Hall of Fame. 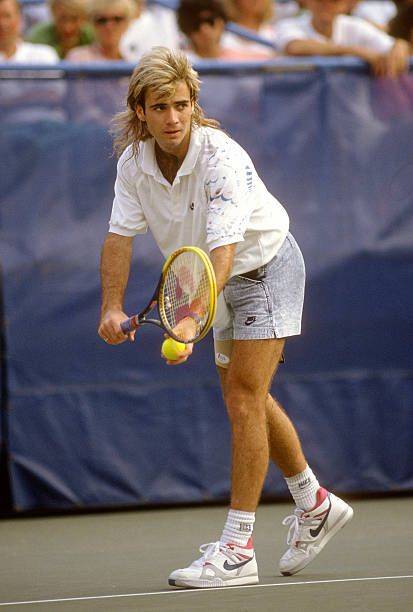 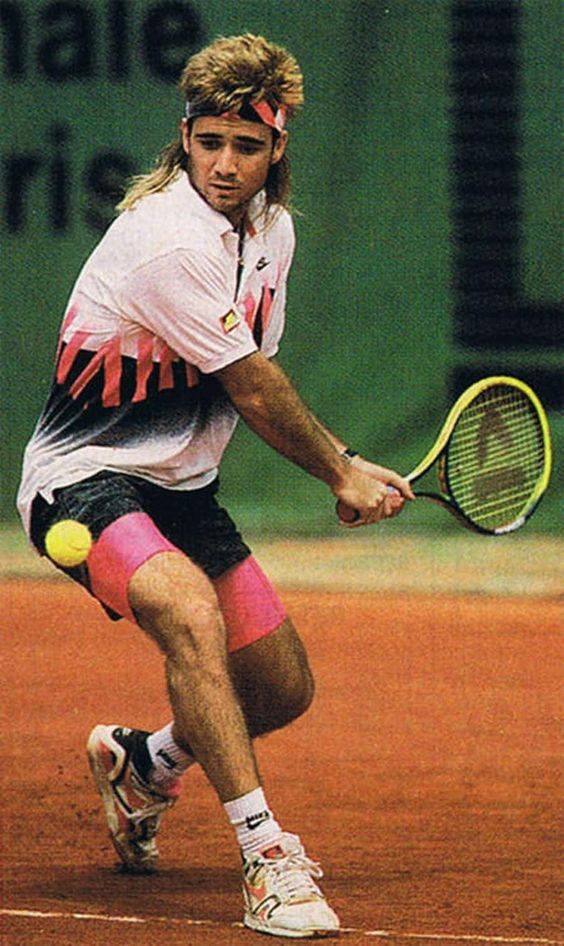 His talent was a union of technique and rebellion from the classic tennis conventions.

At only 16 he joined the Nike roster, which noted him for his style of play and his character, and led him to the Olympus of the most iconic tennis players. How? Thanks to its brightly colored game kits and captivatingly shaped shoes, all combined with long hair and earrings, which make Agassi a symbol of the rebellion of those years, a different perspective for everyone, Nike included.

The first line of sneakers and clothing made for Agassi debuted in 1989, with the Nike Air Tech Challenge and the legendary fluo matching outfit, a visual shock for the traditions of tennis. From that moment on it's history!

A history made of Air Tech Challenge, up to the fourth evolution, always complemented by shorts and tops with a "sparkling" aesthetic. Pieces still collected today by sneakerheads and tennis fans. 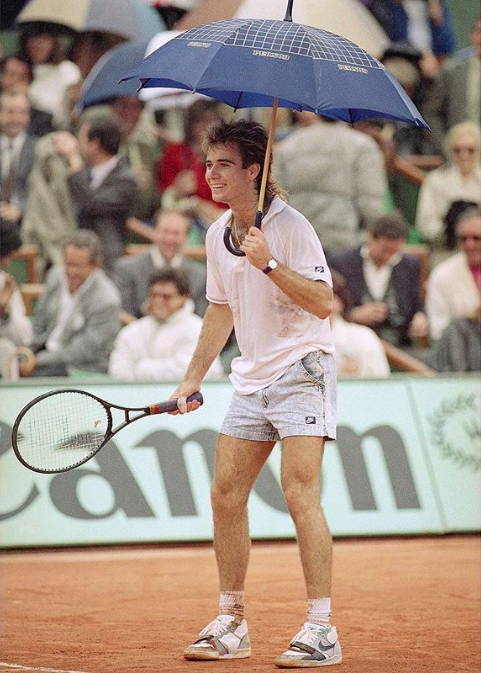 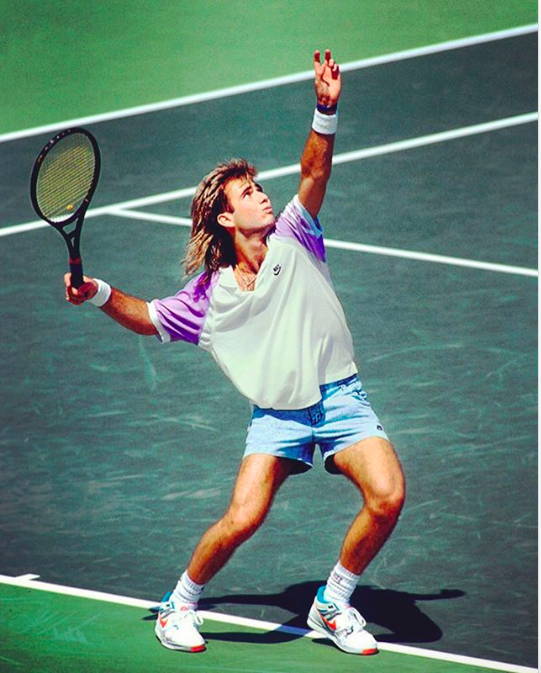 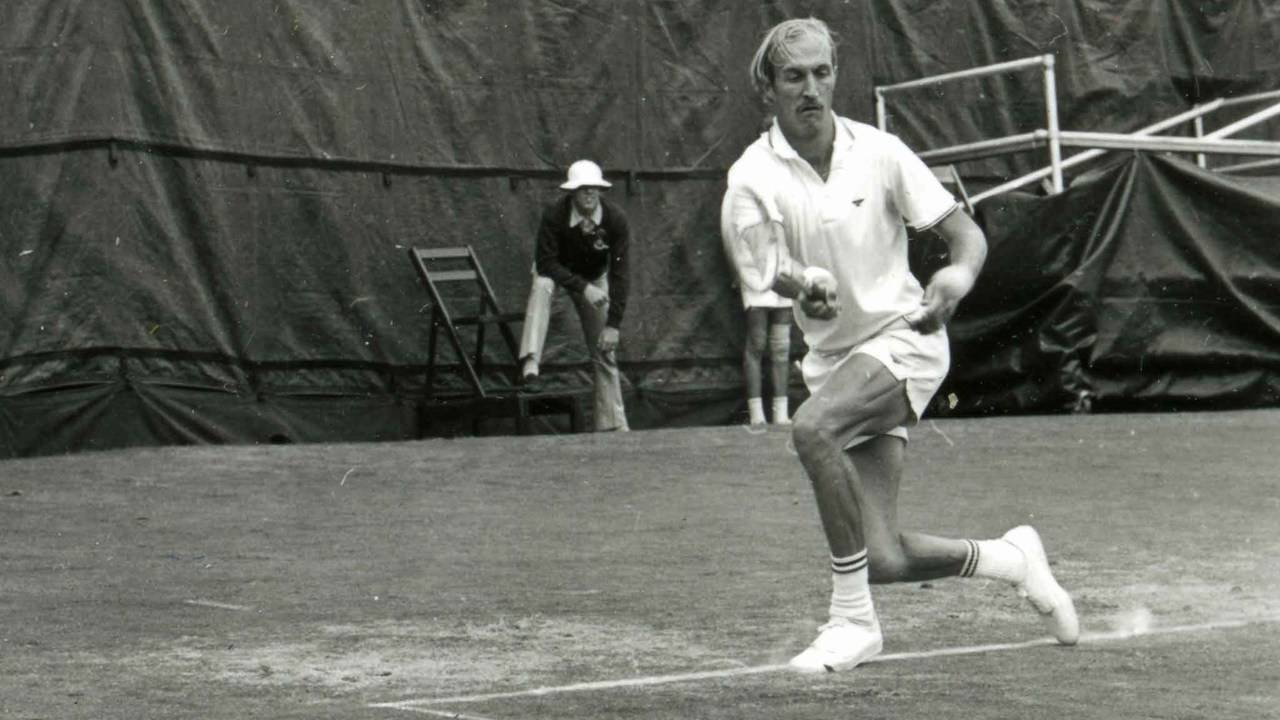 Stanley Roger Smith was born on December 14, 1946 in Pasadena, California, became one of the big names in the tennis world between the 60s and 80s, number one in the world of the ATP ranking and winner of two Slams, Wimbledon and US Open. Known simply as Stan Smith, its name still resound today in the streets around the world, thanks to adidas and his silhouette.
An exchange of identity such as to have written the book "Stan Smith: Some People Think I'm a Shoe". 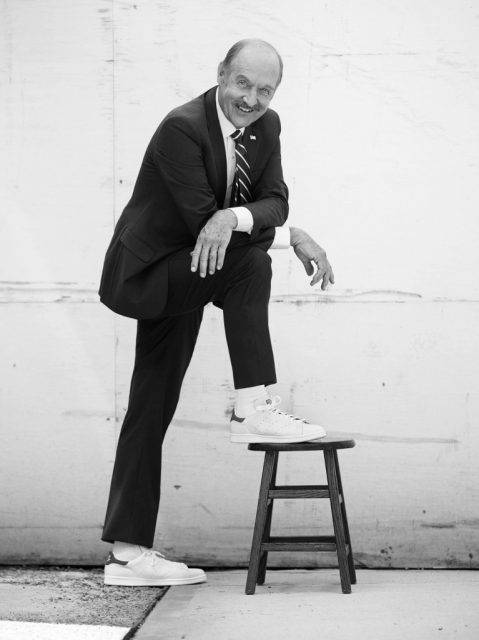 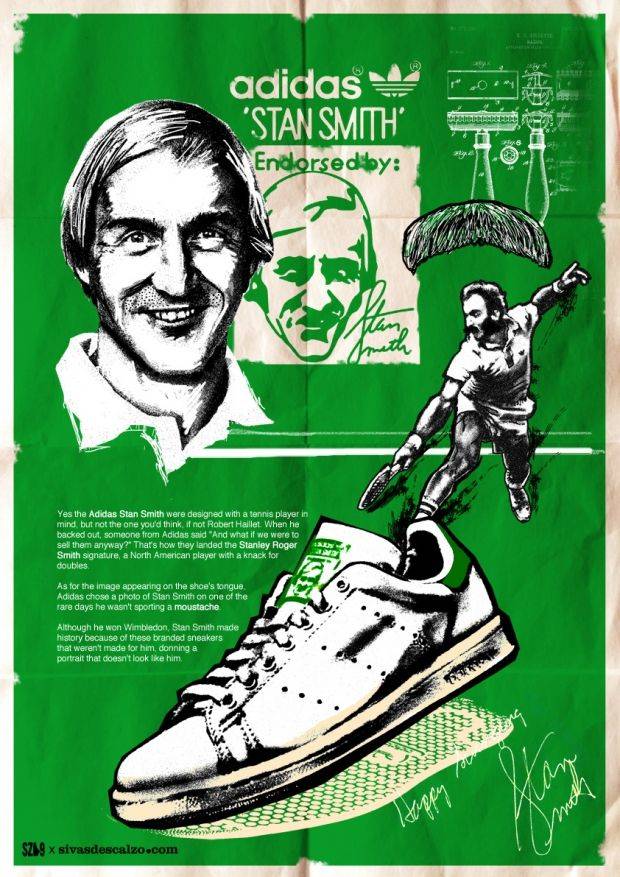 The partnership with adidas began in 1973, when the German brand offered him to wear the adidas Haillet, another signature silhouette belonged to the tennis player Robert Haillet. So it was how that the story began, until the change of name for the shoe that took place in 1978, becoming the renowned "Stan Smith".

A shoe that embodies the concept of essentiality: white leather upper, possibly first grain, with the tab on the heel in contrasting green leather, to recall the grass tennis courts.

The transversality of the Stan Smith shoe, like that of its owner on the fields, has been impressive over the years. Just look at Pharrell Williams' latest contributions to the iconic silhouette. A shoe that is always perfect, both in formal and informal situations. 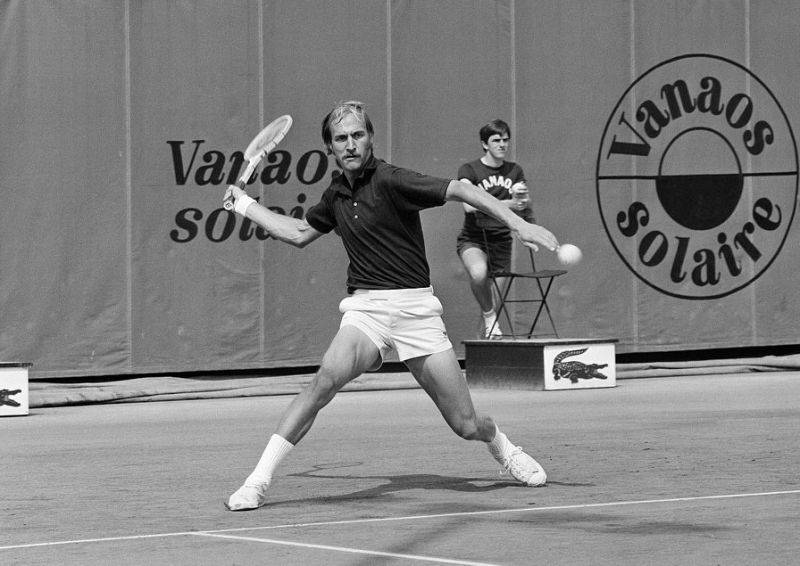 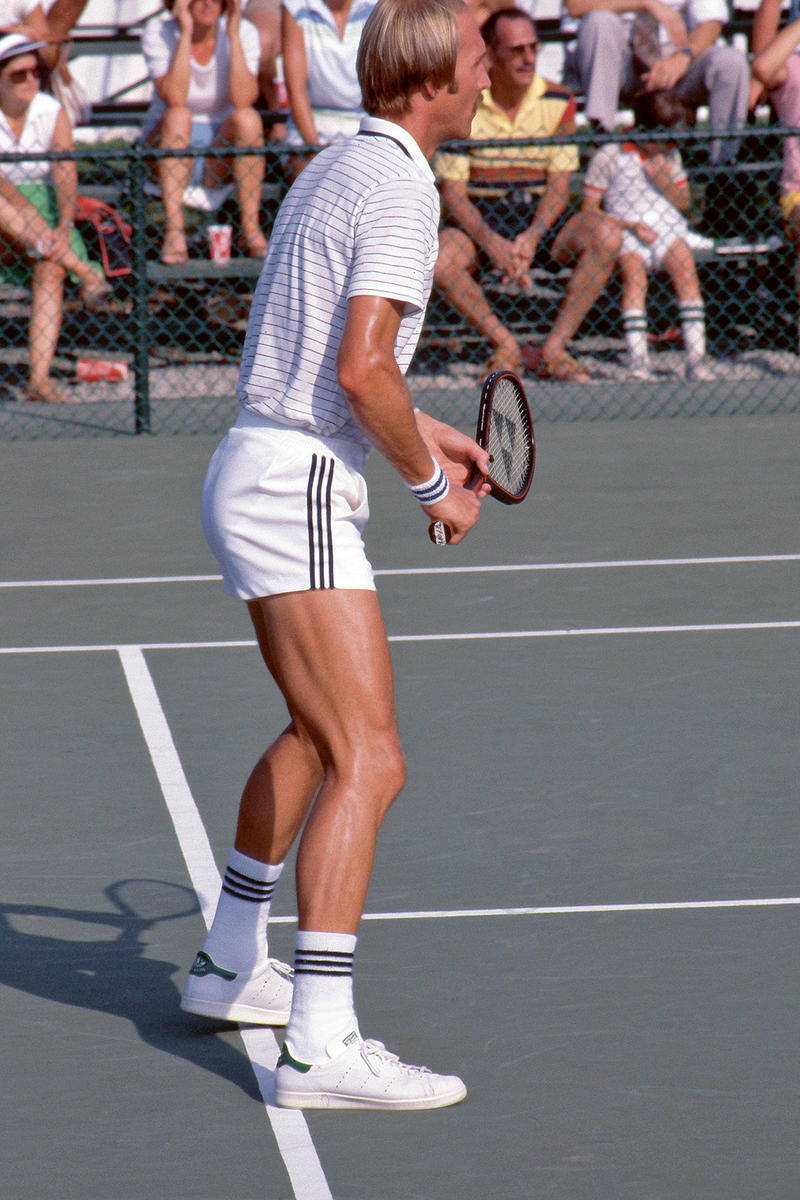 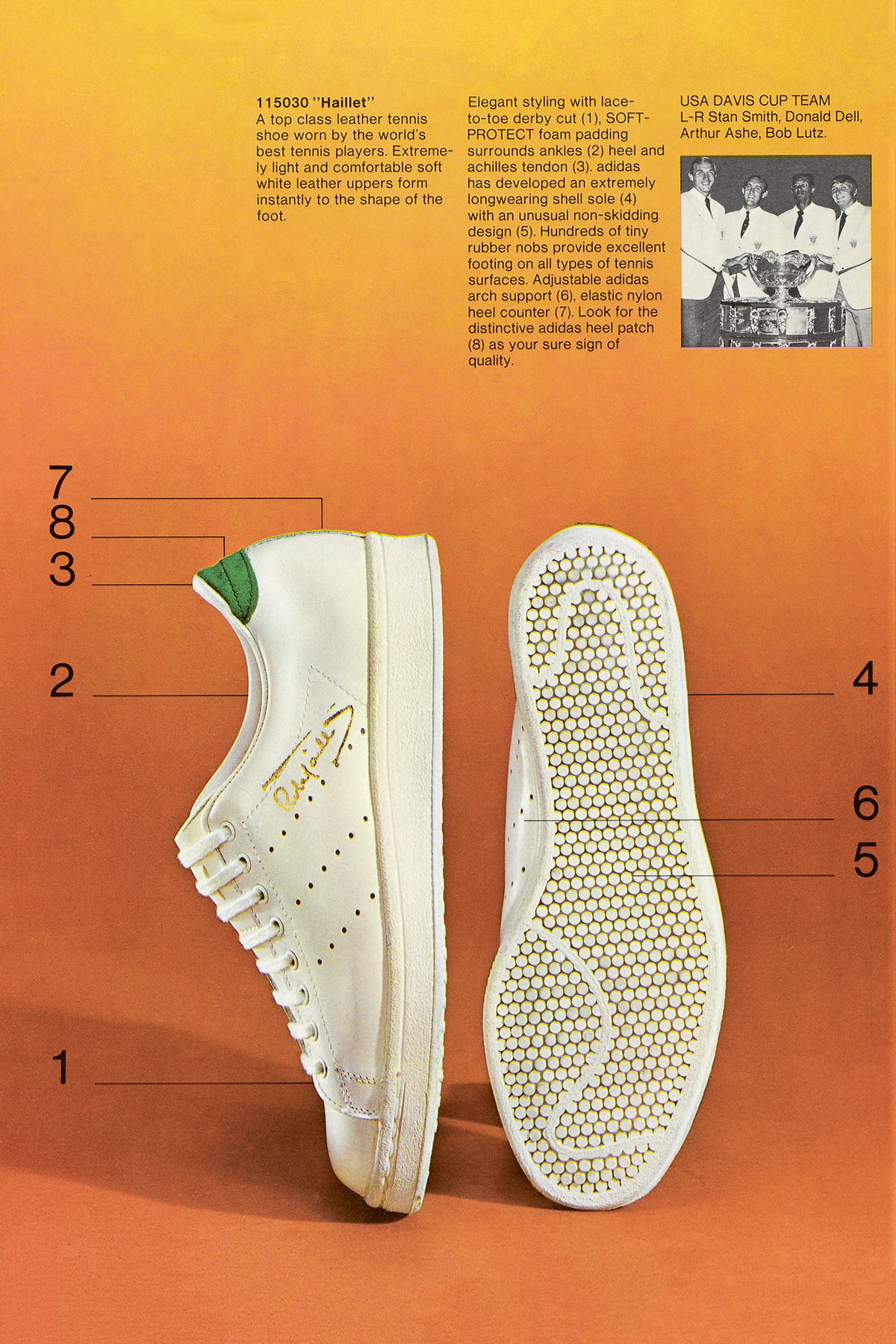 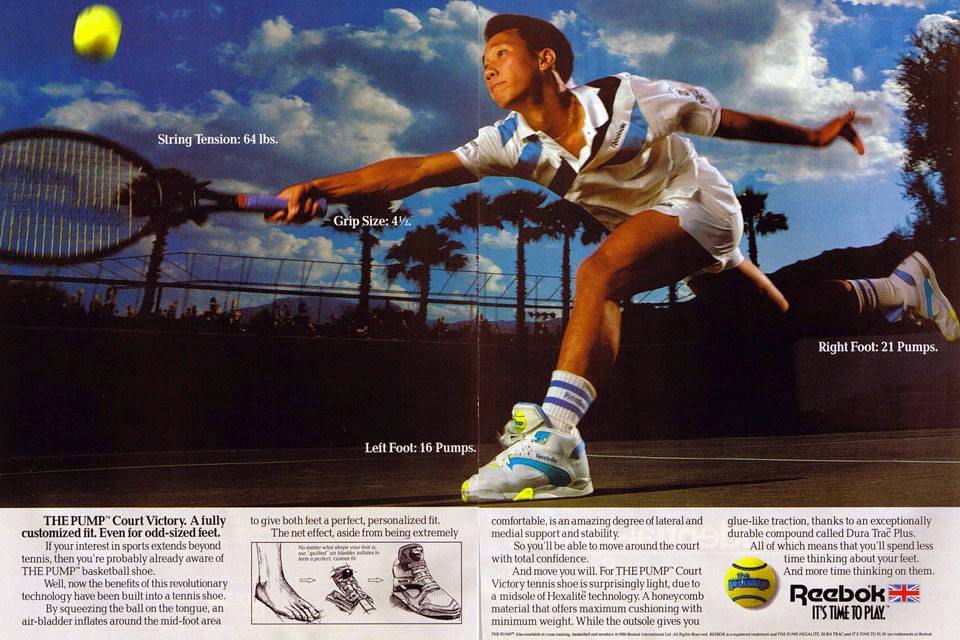 Michael Te-Pei Chang was born in 1972 in Hoboken, New Jersey, from parents of Chinese origin. Maybe less known than the others, but equally famous in the sneakerheads world. During his career he was able to reach the number two position in the ranking, winning a Slam, the Roland Garros, in 1989 as the youngest in the history of men's tennis. His tennis was characterized by a defensive style of play with fast and agile movements, being lower than many of his opponents at the time. 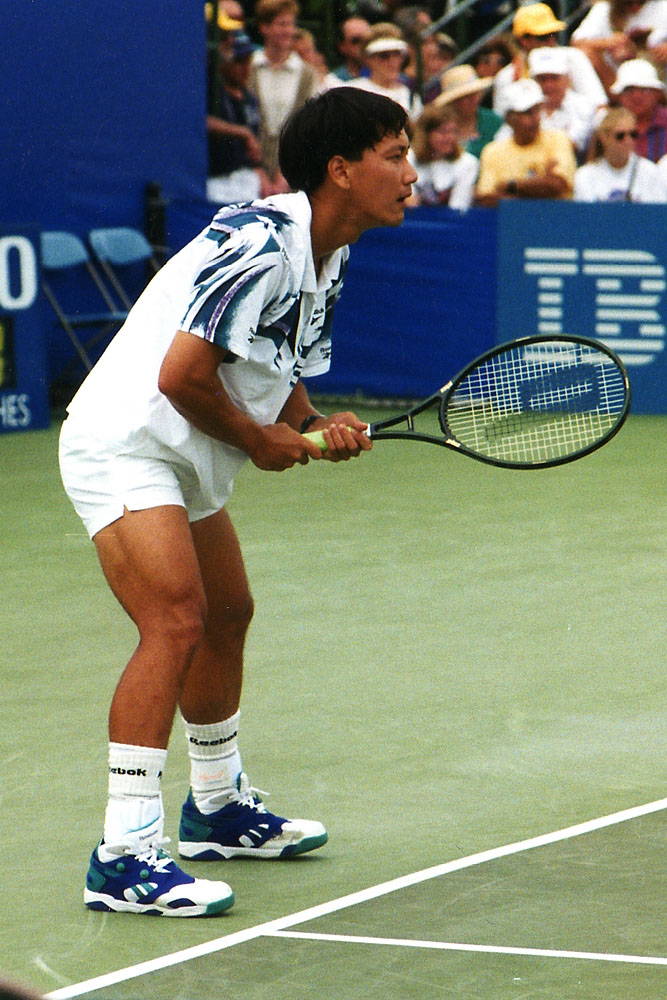 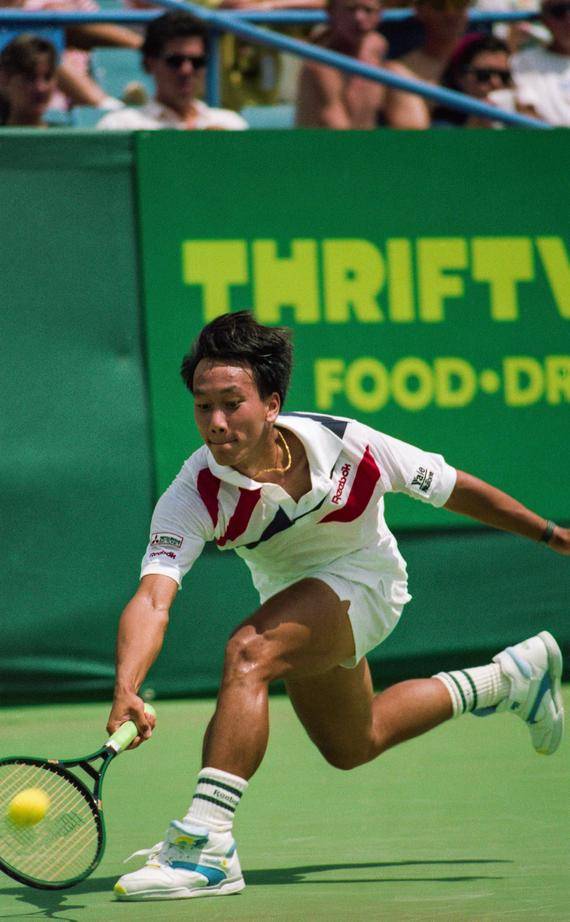 In 1988, Chang signed a multimillion-dollar endorsement with Reebok, a brand that accompanied him throughout his entire career.

Among the Reebok that he wore, we can find different models, including the classic Club-C 85, but without a shadow of a doubt, the most famous worn by Chang is the Reebok Court Victory Pump, a shoe that introduced the Pump technology in the tennis world.

In a period in which comparative advertising campaigns was normal and allowed, like the one comparing Pump technology with Nike's Air technology that you can watch below, Chang brought Pumps to the feet of millions of fans and sneakerheads around the world, thanks also to his fame in overseas. 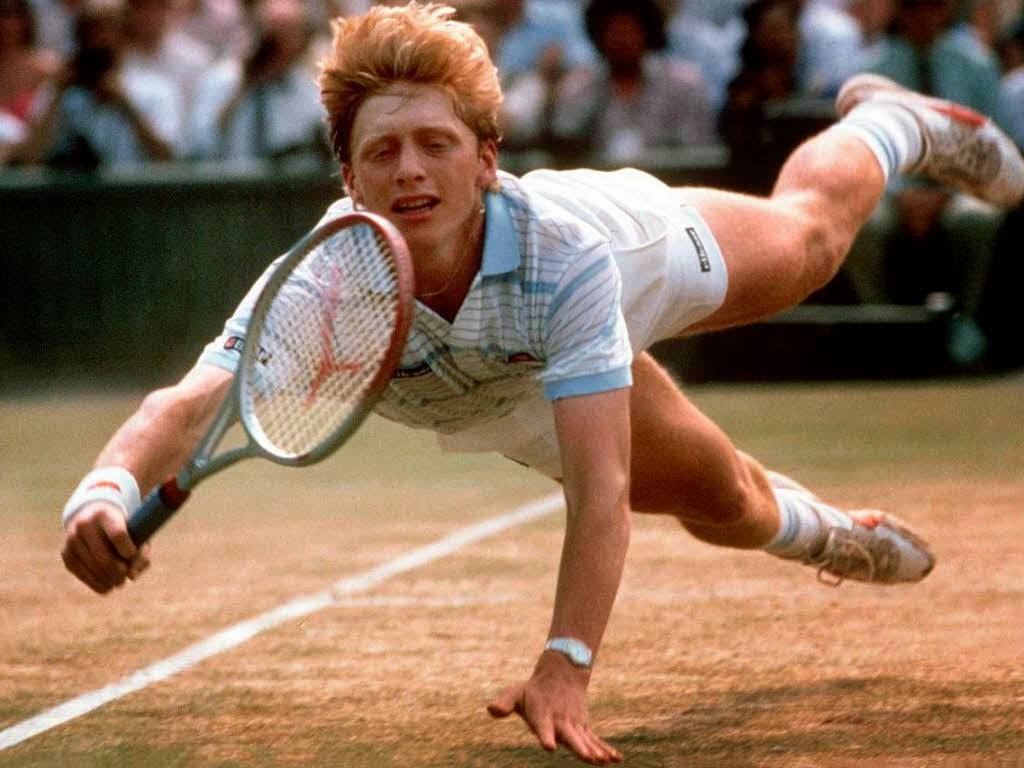 Boris Franz Becker was born on 22 November, 1967 in Leimen, Germany. He has a very important curriculum on and off the pitch. Among the various titles, took home over the years, there are three of the four Grand Slam tournaments, the only one that he wasn’t able to win is the Roland Garros. The victories came very early in his career, to be accurate at only 17 years old, when he won the first Slam, Wimbledon. 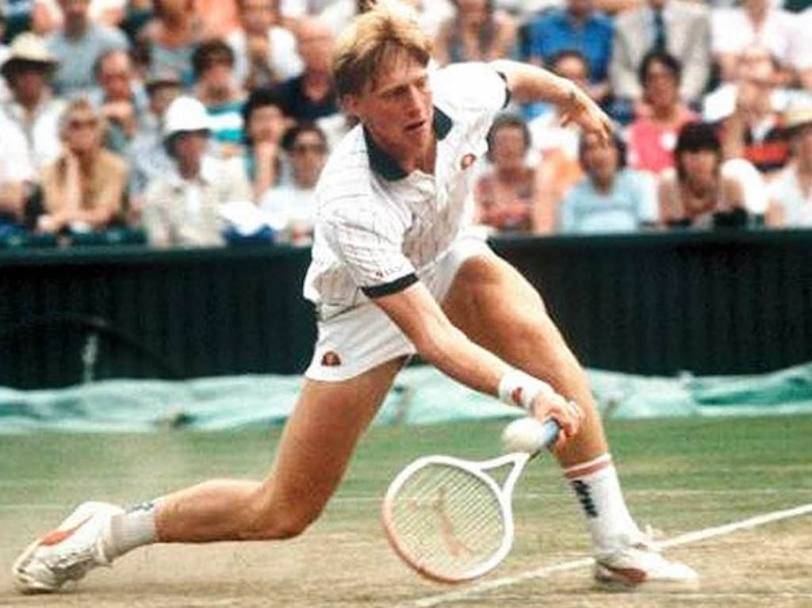 Accompanying him during his first victory at Wimbledon, and in the following ones, there was a sneaker that would go down in history with him, the Puma Becker, a white shoe with a red contrasting formstripe. This silhouette has become a classic on and off the court, thanks to the achievements of the German tennis player and his style. In addition to the classic Puma Becker, Boris also played with another model, a low silhouette, the Puma Becker Ace.

In 2014, Puma reintroduced the Puma Becker to the public, in the white and red OG colorway, an extremely limited edition. 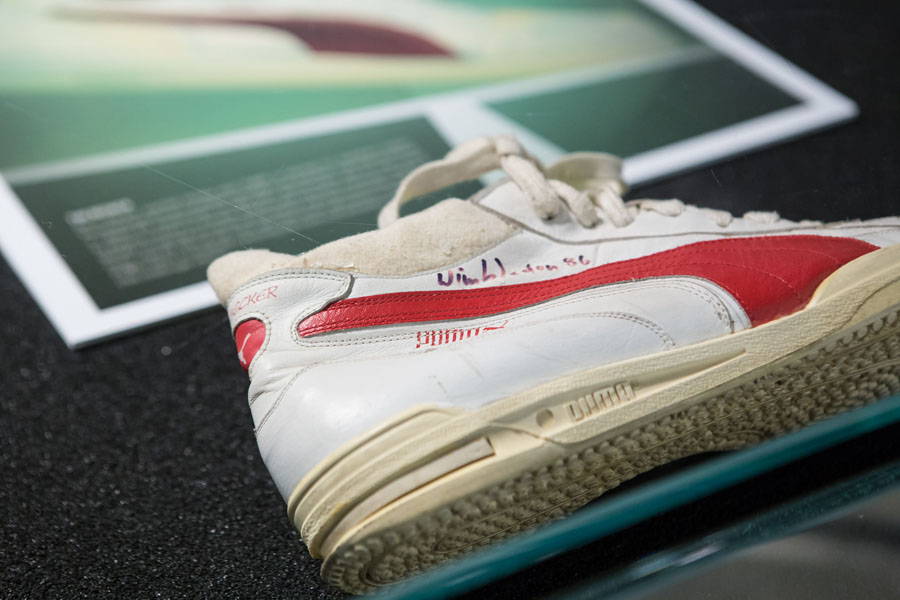 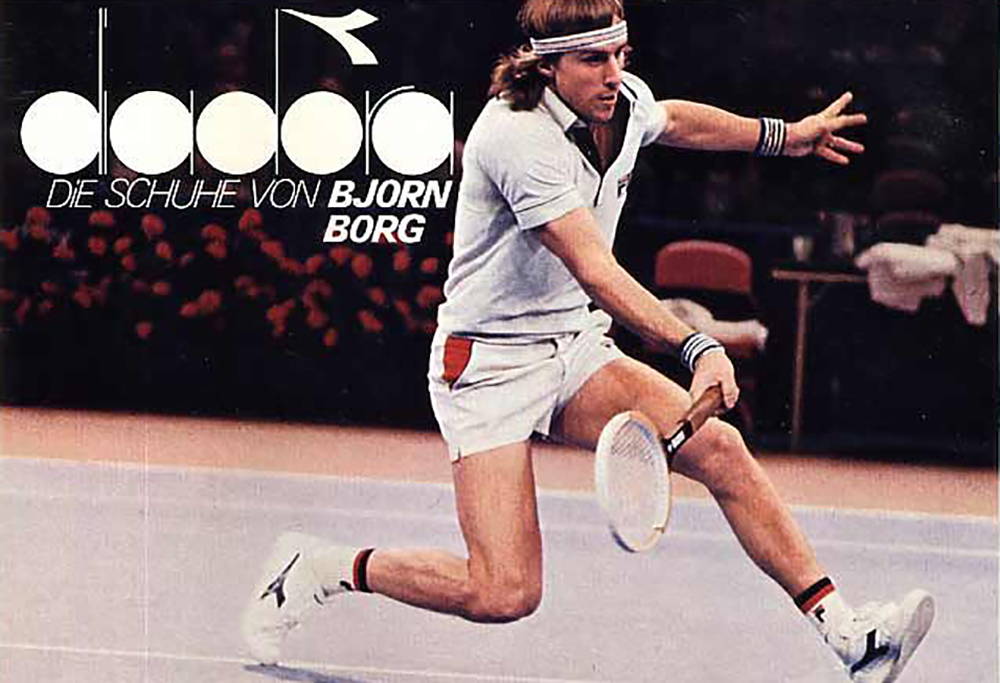 Björn Rune Borg was born on June 6, 1956 in Stockholm, Sweden, was number one in the world and is considered one of the greatest tennis players in history. During his career, he became the first player to win 11 Slam, although he never managed to win either the Australian Open or the US Open. Legendary was his rivalry with tennis player John McEnroe, which inspired the film “Borg vs McEnroe”. 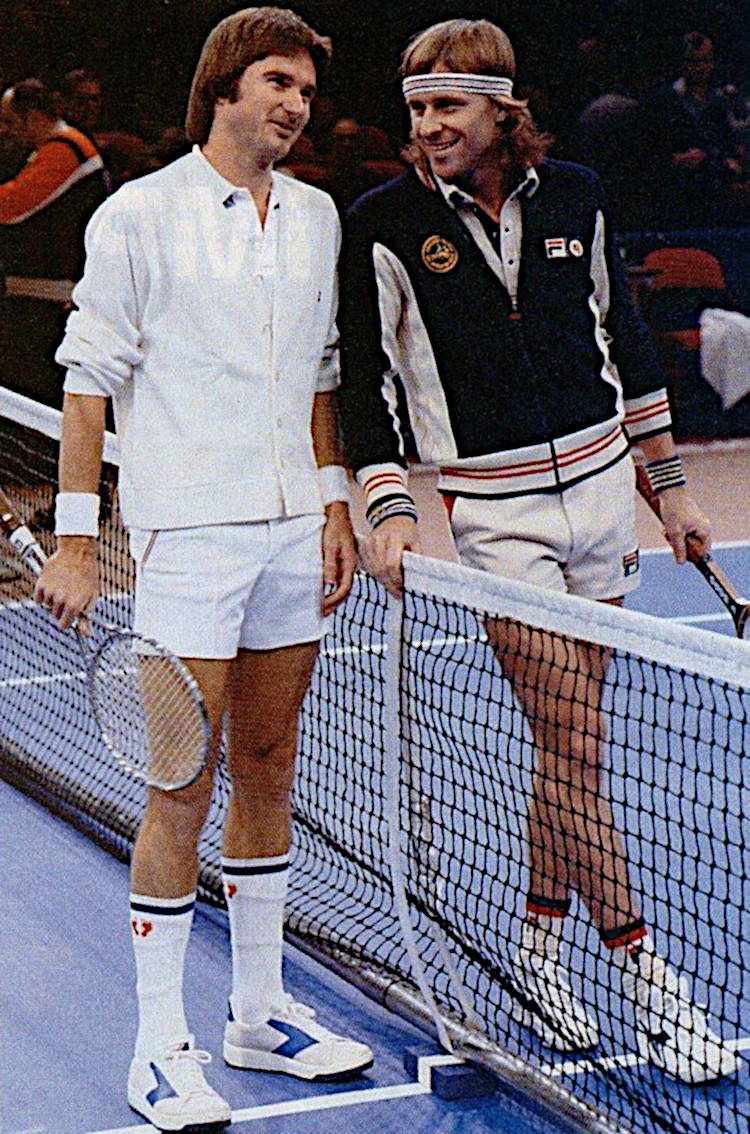 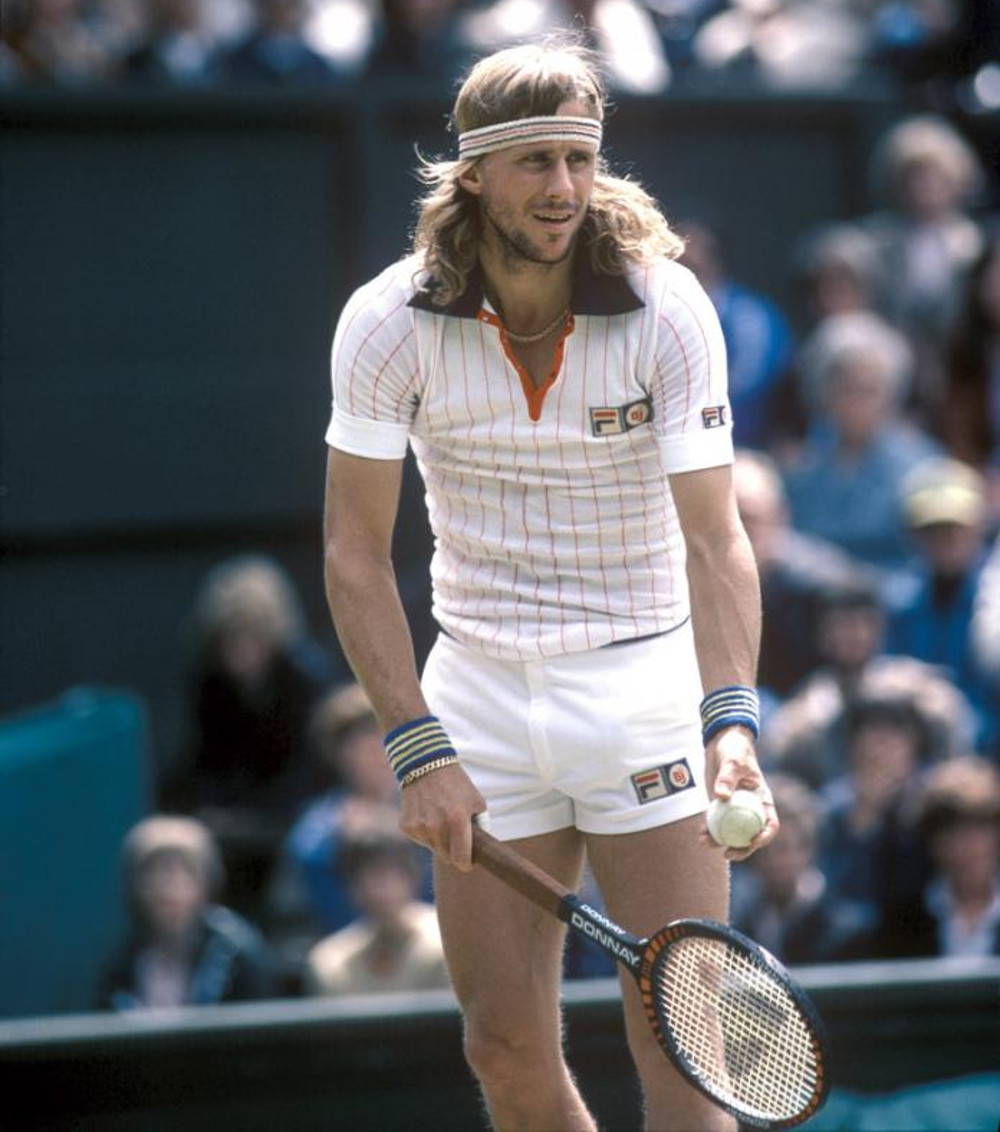 Borg also represented a particular case in terms of endorsement since, for most of his career, he wore two different brands simultaneously: Fila and Diadora.

Fila took care of his play kits and everything related to the tennis player's clothing, including the track-tops made famous by Björn.

At the same time, Diadora took care of the shoes of the Swedish player, creating the renowned clean silhouette Diadora Borg Elite, which later became B. Elite due to rights problems for the Italian brand with the champion. 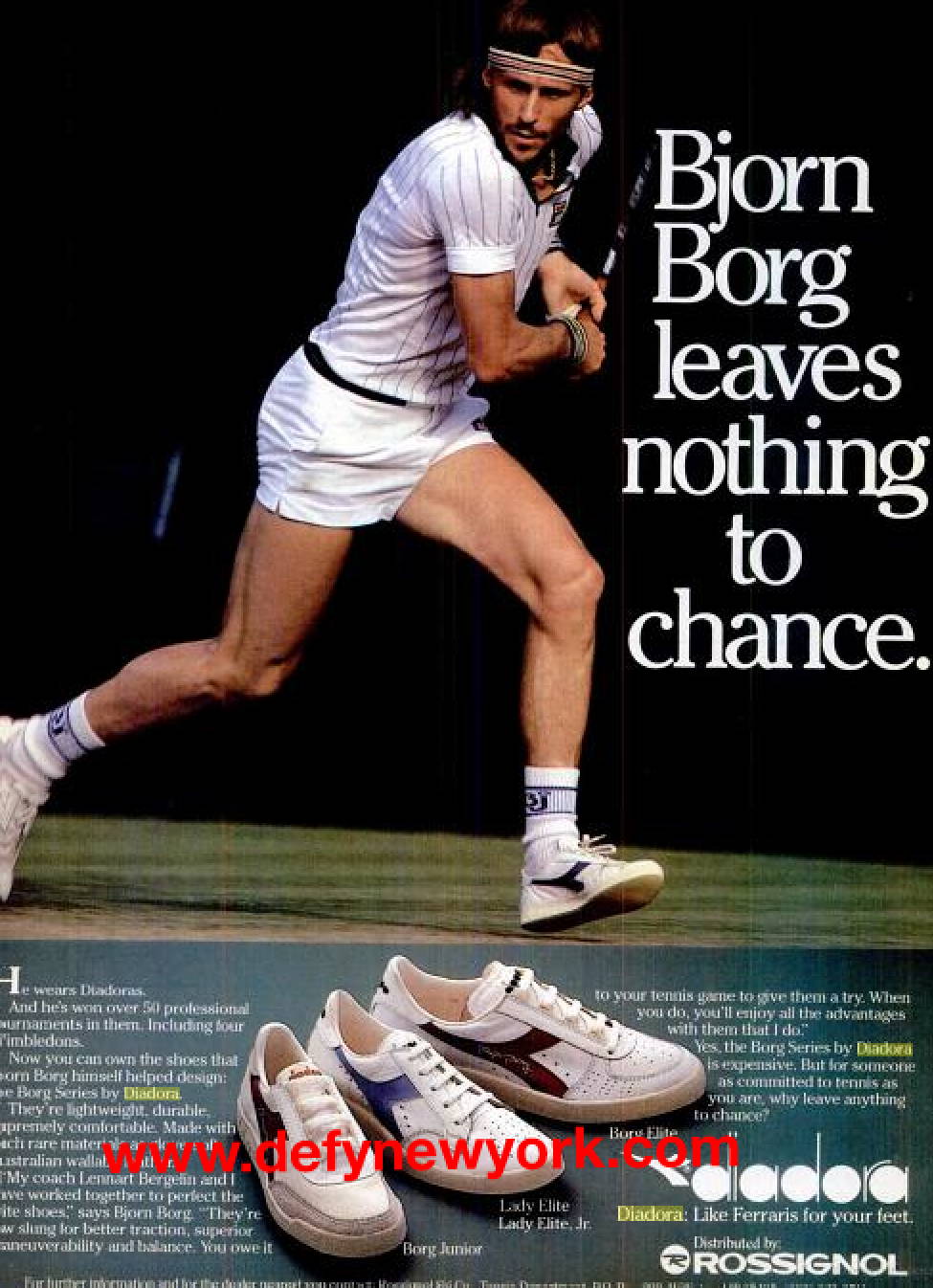 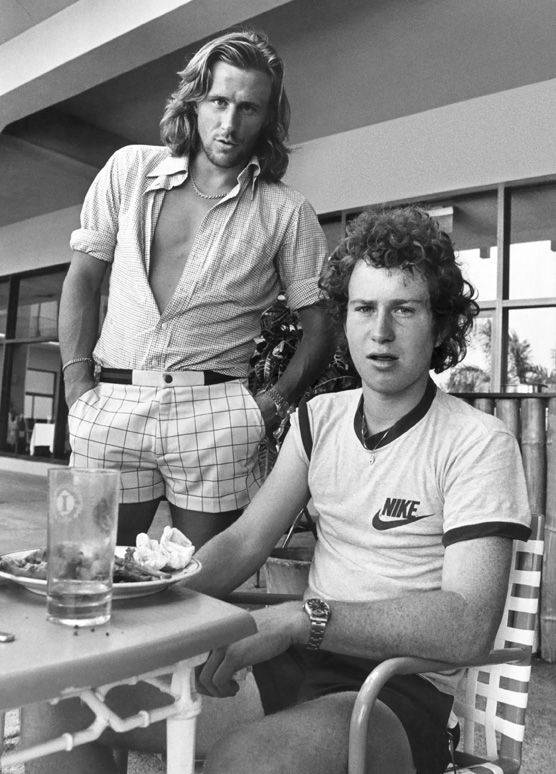